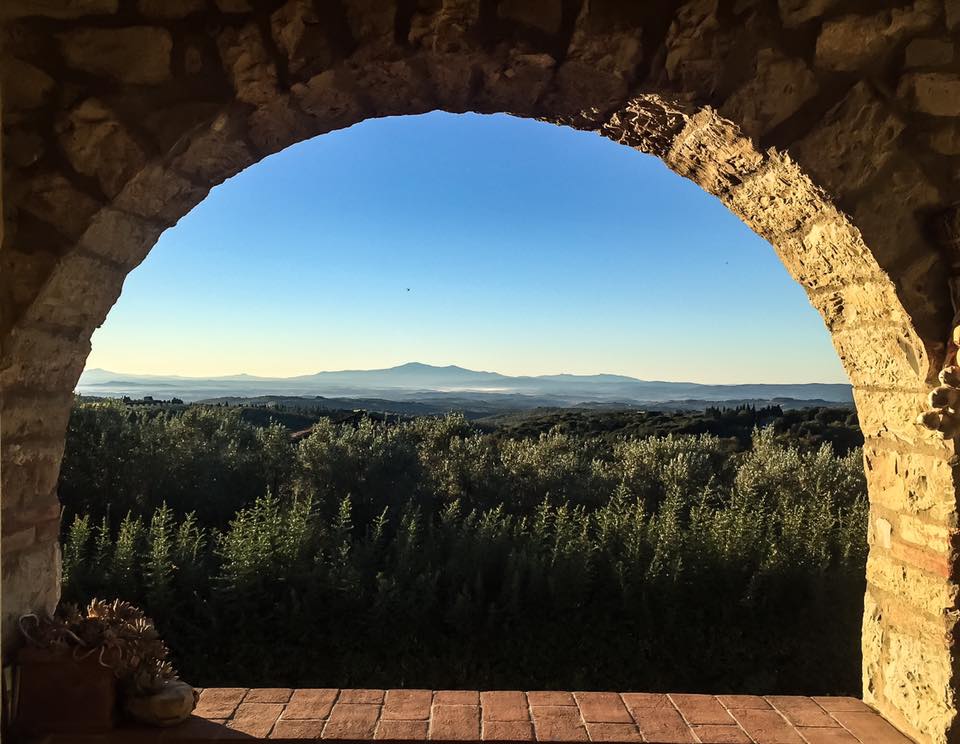 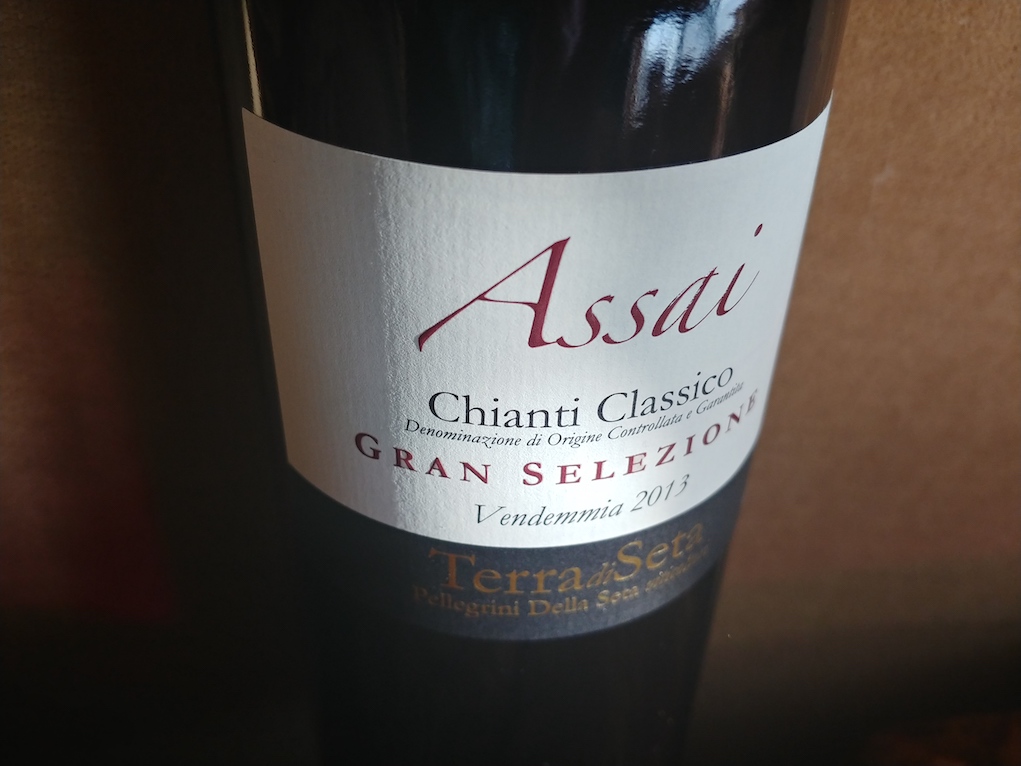 The winery Terra di Seta is part of an organic farm located in the Castelnuovo Berardenga commune in the province of Siena, Tuscany. A married couple runs the winery, the husband, Daniele Della Seta, can trace his Jewish lineage in Rome for over 2000 years while his wife, Maria Pellegrini, is a third generation winemaker...

The connection between the Italian and Jewish cultures in New York City is something that I see every day. Many of the Italian and Jewish immigrants came in the beginning of the 19th century because of poverty and persecution, as well as both having the initial problems of having to create businesses for themselves– this because of prejudices against both groups that forbade and denied them employment at established businesses. Today, I have many friends and colleagues who have one Jewish parent and one Italian parent, as arguably, the focus on family, food, and wine is common to both cultures and has woven them together.

Every time I travel to Italy I am always pleasantly surprised to learn about the Jewish people who were protected and hidden during difficult times. As I mentioned in my previous article, the chief magistrate (The Doge) of Venice had ultimate power in the Republic of Venice from 726-1797 and so there was no influence from the church based in Rome. Because of this interesting arrangement of power, many Jews escaped the Inquisition in Spain by traveling to the safe haven of Venice. When I visited Chiarlo, the Barolo producer, they pointed out a small chapel on one of their properties that was used to hide Jews during World War II. So as Passover, the dinner that celebrates surviving against all odds, will be here in a few weeks, I wanted to search for Italian wines that were kosher, and there is one wine that I stumbled upon that has impressed me with its remarkably high quality and beautiful heart.

The winery Terra di Seta is part of an organic farm located in the Castelnuovo Berardenga commune in the province of Siena, Tuscany. A married couple runs the winery, the husband, Daniele Della Seta, can trace his Jewish lineage in Rome for over 2000 years while his wife, Maria Pellegrini, is a third generation winemaker. They purchased the winery in 2001, and in 2008 started to dedicate their whole grape production (37 acres) to kosher wine. Terra di Seta is the only completely kosher winery in Italy with vineyard estates.

When I asked Daniele why it was important to him to make a kosher wine he replied, “Because of my Jewish family it is an honor for me to produce wines that we can have at our table for Shabbat or during Jewish holidays.” Also, since their vineyards are located in a historical wine area such as Chianti Classico, he feels a responsibility to make kosher wines available to the world that are representative of the best of what Italy can offer. Daniele stated, “For this reason, we are producing a very high quality kosher wine, with the same quality requested for the non-kosher Chianti Classico wines.”

Daniele noted that his family was part of a very small Jewish community in the ancient city of Siena and that there was a beautiful 14th century synagogue located there. Although the Jewish community is small, with only around 50 people, he still feels it is as important for his Jewish neighbors to have a Chianti Classico that is kosher, as it is important for the outside world, and he concluded by saying, “And I’m proud of it.”

Jewish and Italian people have roamed the world trying to survive so they could pass on the traditions and way of life that were dear to them. Passover is a story that at its heart, is about people going to great lengths to keep the spirit of a community alive, and in a way, Daniele has woven the Italian heart and the Jewish soul into his wines. It is symbolic that we don’t have to lose what is precious to us in order to belong in the world, and when we surrender to the various tapestries, the world only becomes that much better.

2017 Bartenura, Pinot Grigio, Provincia di Pavia IGT, Lombardy, Italy ($12): Flavors of orange blossoms and jasmine on the nose with lemon zest on the body with a fresh, zingy finish. An easy drinking, sipping-on-the-porch wine at a can’t-beat price. Kosher for Passover & Mevushal.

2016 Rashi, Moscato d’Asti DOCG, Piedmont, Italy ($14): 100% Moscato Bianco. A slightly effervescent, low alcohol, off-dry wine that is sure to be a crowd pleaser. Peach pie and marmalade and a good amount of acidity to balance the sweetness. Kosher for Passover & Mevushal.

2013 UVA, Montepulciano d’Abruzzo DOC, Abruzzo, Italy ($26): 100% Montepulciano. Rustic charm with dusty earth and a grip to the tannins that has notes of licorice and dried red cherries that balance the savory quality; this is a wine that comes alive when enjoyed with rich food. Kosher for Passover.

2013 Terra di Seta, “Assai”, Chianti Classico DOCG Gran Selezione, Tuscany, Italy ($48): 100% organically cultivated Sangiovese grapes. Despite this wine being under $50, it is definitely a fantasy wine, to have Sangiovese at this quality that is also kosher. Fresh black cherries with scorched earth and dried oregano with exotic spice and a complex, textured palate that had an energetic finish. Kosher for Passover.