Speaking at the beginning of the UN’s Climate Action Summit on Monday, the 16-year-old acclaimed climate activist Greta Thunberg, was unsparing in her criticism of world leaders, telling them that they are still “not mature enough to tell it like it is”.

She added, bluntly, “you are failing us, But the young people are starting to understand your betrayal. The eyes of all future generations are upon you, and if you choose to fail us, I say, we will never forgive you.”

Ms. Thunberg was speaking directly to dozens of Heads of State and Government, business leaders, and senior representatives from civil society from around the world, who lined up to promise far-reaching steps to beat climate change, at the day-long event, held at the Organization’s New York headquarters. 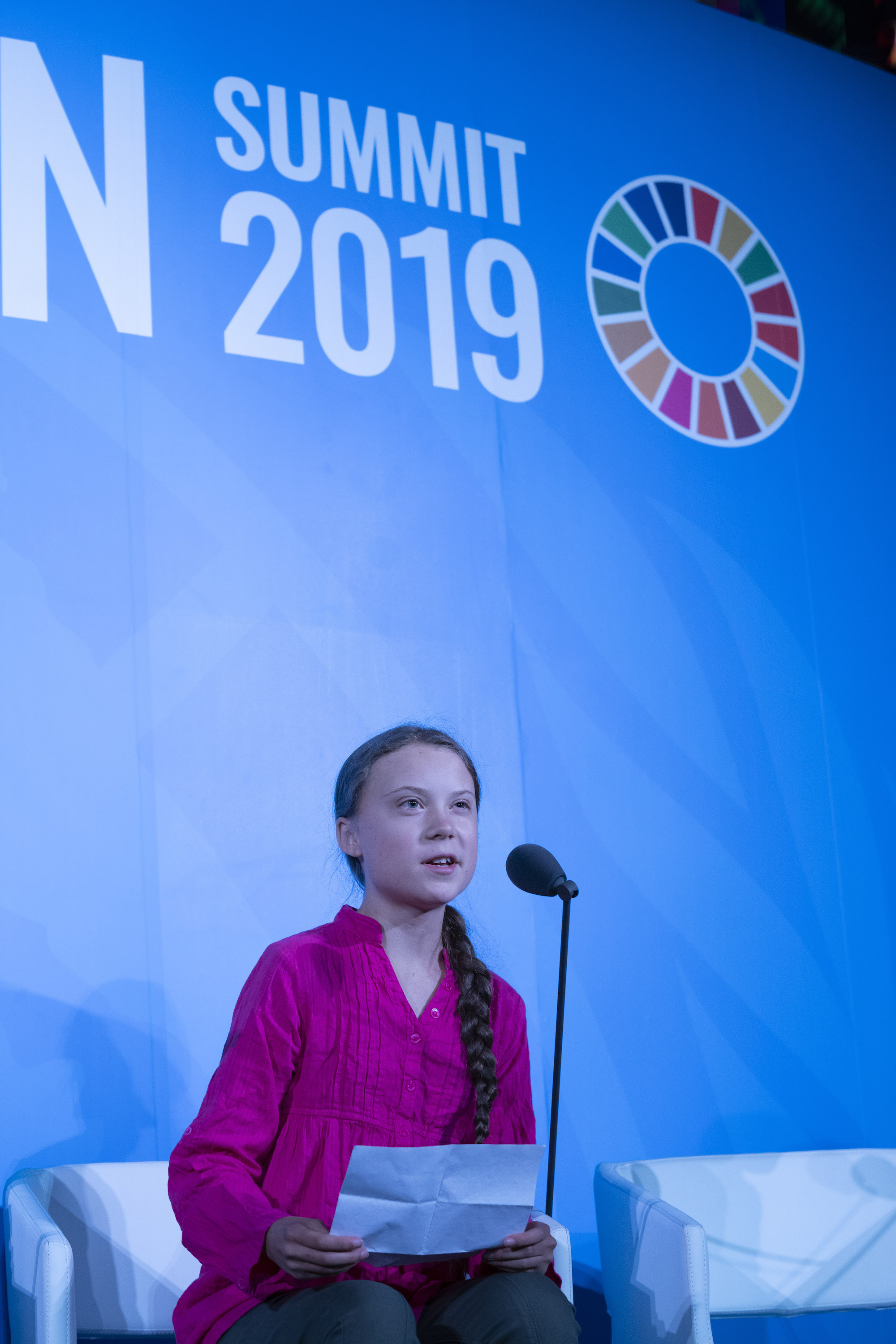 The build-up to the Summit has included the latest scientific report of potentially catastrophic global warming, unprecedented demonstrations for climate action, and a steady drumbeat of pressure from the UN Secretary-General, who demanded that world leaders come to New York with “bold action and much greater ambition”. Launching the Summit, he added “We have had enough talk. “This is not a climate negotiation summit. You don’t negotiate with nature. This is a climate action summit.”

Mr. Guterres reiterated the urgency and importance of the situation, describing the man-made climate change as an existential threat when he warned, “if we don’t urgently change our way of life, we jeopardize life itself”, but insisted that he is hopeful that this enormous global challenge can be overcome.

The fact that so many governments, cities and businesses attended the Summit with enhanced climate commitments was testament, said the Secretary-General, to their leadership, and investment in a green future. And the solutions and technology already exist, he said, to deal with more than 70 per cent of today’s emissions.

However, these solutions need to be implemented, and this will require “fundamental transformations in all aspects of society”, particularly the ways in which we grow food, use land, fuel our transport and power our economies. The UN chief went on to call for an end to fossil fuel subsidies, and for countries to shift taxes from salaries to carbon. Greta Thunberg (right), Climate Activist, speaks at the opening of the UN Climate Action Summit 2019. With her on the stage are, from left to right: Secretary-General António Guterres; Anurag Saha Roy, Winner of the Summer of Solutions Pitch Competition; and Paloma Costa Oliveira, Lawyer and Climate Activist.(UN Photo/ Cia Pak)

Throughout the day, delegates explained what they were doing to better adapt to climate change and cut emissions, and improve on the commitments that they all made under the 2015 Paris climate agreement.

Sebastián Piñera, the President of Chile, announced the creation of a “Climate Ambition Alliance”, bringing together countries prepared to commit to enhanced action by 2020, and work towards achieving zero net carbon dioxide emissions by 2050. The latter group comprises 65 countries, 10 regions, 102 cities, 93 businesses and 12 investors.

To shift the world away from its current dependency on fossil fuels, the “Powering Past Coal Alliance” has been expanded to include 30 countries, 22 states or regions, and 31 corporations committed to spotting the building of new coal power plants in 2020, and rapidly transitioning to renewable energy.