Many events for photo fans and collectors are going on in the city these days. The main one is the annual AIPAD fair at the Park Avenue Armory, which runs from April 10th through the 13th. In its 34th edition, the show presents 84 galleries, including many from abroad (leggi in Italiano)

For fans and collectors of photography, April, 2014, is definitely the month. A lot is going on in many locales in New York and across the country, and Paris-Photo-L.A. is about to open—all of this following the early-bird photography auctions at Christies, Sothebys, Phillips, and other houses. ICP offers a generous selection of experimentation in contemporary work in its group show What is Photography, while the Morgan Library has put on display, for the first time, its own collection.

Certainly, the main event on a national scale and certainly in Manhattan is the annual AIPAD fair at the Park Avenue Armory, which runs this year from April 10th through the 13th. In its 34th edition, the show presents 84 galleries, including many from abroad and some that have never before participated.

On Wednesday evening, the 9th, there was an opening gala benefiting the organization Her Justice, which provides free legal services to low-income women. On Saturday the 12th, visitors zipping in and out of the booths can attend a series of panels, starting at 10:00 a.m., on the topics of museum curating, photography in relation to social engagement, and collecting from today’s perspective, capped with a film at 4:00 by Cheryl Dunn about famous American street photographers (Frank, Meyerowitz, et. al.). 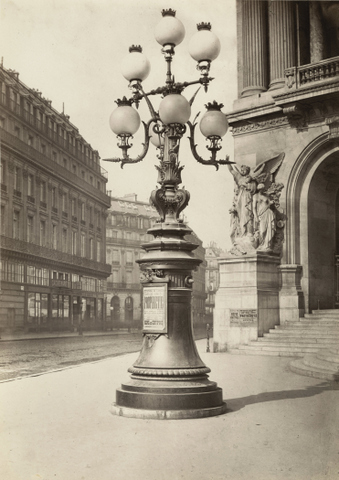 A collector who has come for specific objects or at least certain photographers of past or present will know where to go, but others can wander the three main aisles and several side aisles, letting their spirit take them where they will. It’s not always easy to find thematic handles, and the quantity can be overwhelming.

One of the pleasures of this year’s AIPAD is samplings one finds around of major shows going on in the museums—for example, a nostalgia-inspiring Andrew Marville print at Hans P. Kraus Jr. dated 1874 (Candelabra at the Opera), connecting to the large exhibition at the Metropolitan Museum or a Robert Heinecken multiple-sided photo sculpture in mixed media, Figure Sections, at Robert Koch Gallery, S.F., matching one in the current MoMA retrospective of this flamboyant photographer of the 1960’s and 1970’s. 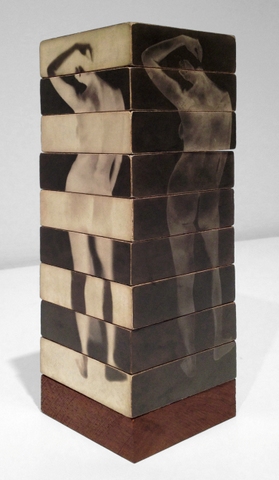 Other attempts to appropriate commercial images (especially of women) or to respond to them abound, not all convincing. It took some explanations for me to “get” a heavily saturated, rather large image of flowering condoms with butterflies artificially placed in the background by Wendy Small at von Lintel Gallery (L.A.). Title Morning Glory. It’s certainly something that derails you. In a related vein, Matthew Brandt, known for his salt-prints employing semen and other unorthodox materials, is at Yossi Milo, a gallery currently displaying his photographs incorporating dust from demolished major structures. In a digital world, Brandt turns his attention to fading photographic materials and processes.

Looking at portraits of women real and unreal, I suddenly imagined Picabia as an influence on French photographer Valerie Bélin’s large, poster-like, witty Scarlet (Firecrackerbush) (Edwynn Houk Gallery). There’s also, in that same space, one haunting sepia-toned image of Havana from their current gallery show of work by Michael Eastman, titled Fidel's Last Stairway. He, too, draws on the past.

In the realm of portraits there are, of course, traditional ones by great photographers of the past (Meret Oppenheim in a bathing cap shows up twice). Akira Sato’s 1960 profile portrait at Michael Hoppen Gallery of a sensuous female head, is a fashionable stylization, nevertheless striking. Rigid, upward-curled strands of dark hair almost obliterate that face. 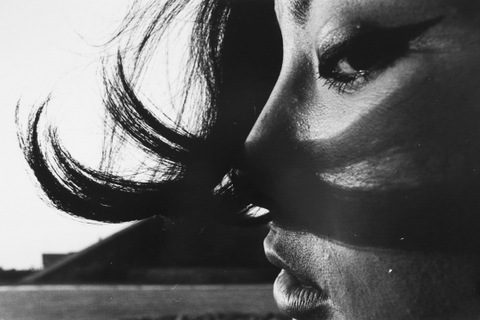 In more contemporary work, one notes a widespread tendency to blot out the faces of realistically portrayed human figures—in one case, children (Julie Cockburn, The Favorite Child 2013, Yossi Milo Gallery). White squares & rectangles cover the faces in one photographer’s work; in another, only the faces are blurred, the rest of the figures clear. Viewers can puzzle out the intentions of these erasures; there’s certainly a message in each one. Erasures occur in landscape, as well, often with a complex ecological message, as in Olivo Barbieri’s work (an example of an Alpine scene at Yancey Richardson).

Going one step farther, degradation itself has for quite a while become the subject of several photographers’ work. Edward Burtynsky’s stunning depictions of wasted waterways and other industrial exploitations appear in a film now showing in New York, Watermark, which moves perhaps too fast from one scene to another but is beautiful to behold. One example of his aerial photography, Rice Fields, is at Bryce Wolkowitz Gallery. Andrew Moore, one of whose disquieting houses is on display at Yancey Richardson, is well known for having done a whole series of studies of ruins in relation to Detroit’s present fate. 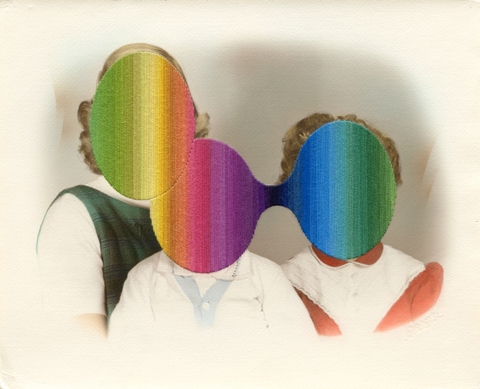 Moving on from our native artists and their landscapes, there is plenty of input from foreign photographers. Many will recall Christer Strömholm’s intense renderings of the night lives of transvestites in Paris in the 60’s (ICP show of a couple of years ago). He’s visible again at Grundemark Nisson Gallery. Nailya Alexander always brings interesting Russian work—this time, Titarenko, a Rodchenko and a Mikhailov. Eric Franck Gallery (London) always presents work exquisitely selected. I was riveted by a wall of black and white images, some of them interestingly abstract, by three excellent Brazilian photographers.

A variety of techniques, old and new, can be investigated, and there is no way not to note the increasing popularity of photograms among the younger generations. A wealth of examples is spread among several galleries. Klea McKenna, to create Rain Studies (von Lintel Gallery L.A.) shines a flashlight under the paper. At that same gallery Farrah Karapetian makes ice photograms she calls Slips. They have examples by Floris Neusüss whose famous Dinner is at the Getty. At Joel Soroka there are black and white photograms by György Kepes and Ei-Kyu.

Collages seem to be holding their own, only undergoing changes. Jennifer Williams makes sculptural collages out of photographs (Robert Mann Gallery). You can see Wynn Bullock’s Color Light Abstractions at Rick Wester.

At Paci Gallery (Brescia) showing here for the first time, the photographer Macku prints onto very thin sheets of tempered glass glued via ultra-violet rays one to the other. Ask the gallerist for further explanations. I like no. III best, the ascending forms of which could be fiery and smoky or botanical, for that matter. And there’s a photographer X-raying statues, but I’ll let you go ferret that one out.

Several photobooks are being presented in the course of the AIPAD fair. Richard Renaldi’s Touching Stranger includes a shot of a white guy seated out in middle of the street, his arm around an African woman with three shiny-faced kids. You would swear they were married. That’s the trick. It’s done well, even if the underlying concept might seems mushy or banal. (Bonni Benrubi Gallery).