Protests spread across the country after the decision by St. Louis County Grand Jury to not indict Darren Wilson, the police officer who shot unarmed black teenager Michael Brown last summer. Frustration over an unjust system rises and Anonymus makes allegations that there are members of the KKK among Ferguson cops. Two days of actions in New York where fake blood was thrown at NYPD Commissioner Bill Bratton (Leggi in Italiano)

Monday the St. Louis County Grand Jury reached the decision to not indict police officer Darren Wilson, meaning that he would not have to stand trial for his shooting in August of the unarmed black teenager Michael Brown. The decision has left many citizens across the nation frustrated with the racial and economic disparities in criminal courts and in treatment by police officers.

Shortly after the shooting, Robert McCulloch, Darren Wilson’s prosecutor, declined to bring the case to trial, despite it being within his authority. He opted instead to let a grand jury decide which, if any, charges to file against Officer Wilson.

McCulloch’s appointment to the case has drawn controversy. Missouri State Senator Jamilah Nasheed submitted a petition with 70,000 signatures calling for McCulloch’s judicial disqualification, citing his close relationship to the Police Department, and past controversies.

Such controversies include: McCulloch releasing footage of Michael Brown shoplifting cigarillos prior to the incident in an attempt to influence future jurors, McCulloch filing charges of assault against rock musician Axl Rose, and an incident in 2001 when two undercover drug officers shot 21 times and killed two men who had prior drug felony convictions. The officers said that the two had gotten into their car and drove at the officers, although a federal investigation showed that their vehicle had not moved and that the men were not armed. McCulloch declined to press charges against the officers.

Wilson also shares in the controversy. Besides his questionable behavior in the shooting of Mike Brown, Wilson can be seen in a YouTube video shot in 2013, but released just recently. In the video he threats a citizen whom he was supposed to deliver a court summons to, with arrest for filming him. It is legal to record police officers in the United States.

Apparently, the Ferguson Police Department is accustomed to abusing its power: a law suit was filed on November 15th against another officer of the same department, Jaris Hayden, who allegedly forced a pregnant nurse to perform oral sex on him and later raped her in exchange for her release. She had been arrested for traffic violations and giving a false name in 2013.

McCulloch’s appointment had many citizens, activists, and protesters believing that Darren Wilson would not be indicted long before the grand jury’s announcement. This was further evidenced by Missouri Governor Jay Nixon’s decision to call in both the National Guard and FBI prior to the announcement. Frustrations over a perceived unfairness in this case by the criminal courts, and a dissatisfaction with the double standard of how white police officers are prosecuted versus ordinary black citizens has driven several organizers to call for action and protests nationwide. 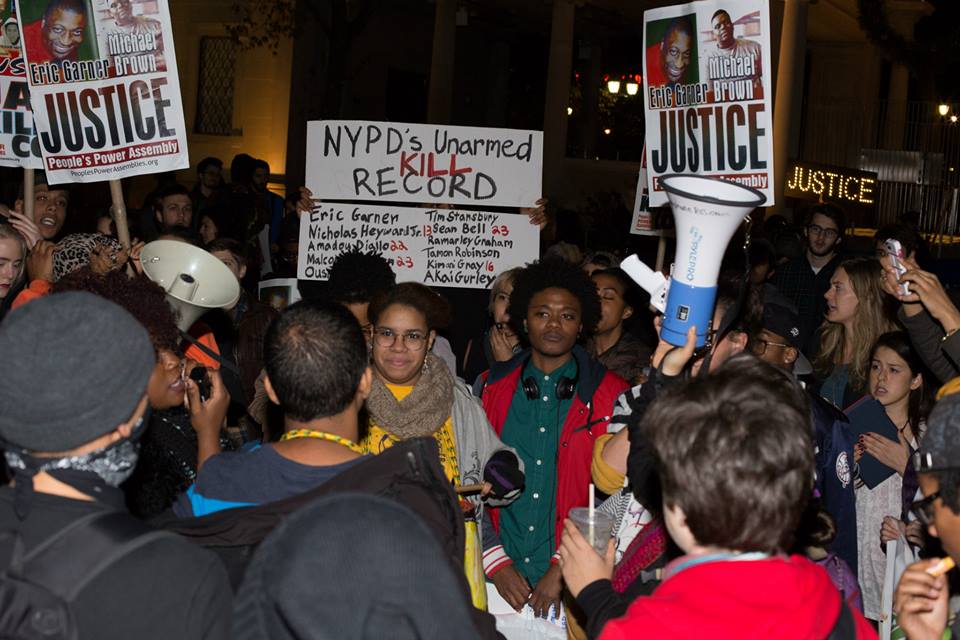 Carl Dix of the Revolutionary Communist Party, USA, put out a call for action titled “If the Murdering Pig Walks, Amerikkka Must Be Brought to a Halt!” The title draws allusions to allegations that the Ku Klux Klan (a reactionary organization that is known to have had members inside the Senate, the Supreme Court, and local officials throughout the country) currently has members within the Ferguson police department, according to the hacker group Anonymous, who has published pictures of high ranking Klan members at Darren Wilson’s rally. Anonymous also claims that TAK-KKK (Traditionalist American Knights of the Ku Klux Klan, a Missouri chapter of the KKK) has a local group within its ranks called The Ghoul Squad, which consists of local police officers. The hacker group also states that they have evidence that directly links Darren Wilson to the KKK, but are opting to not publish it in order to protect the safety of the person who provided the information. The group claims to have a sympathizer within the Ferguson police department who has said that many officers fear that they will be outed as members of the Klan.

The message from the Revolutionary Communist Party, USA, also cites the killing of a 22 year old African American father, John Crawford, inside of a Wallmart in Ohio by the police on August 5th of this year. According to the website Fatal Encounters, which collects crowdsourced data of people killed during interactions with law enforcement, there were 153 people killed by police in 2014 so far, and 410 in 2013. Other unarmed black males recently shot by police include: 12 year old Tamir Rice on November 23, Levar Jones, 35, on September 4, Omar Abrego, 37, on August 14, Darrien Hunt, 22, on Septermber 10, and Ezell Ford, 25, on August 11. Beyond that, the controversies from Ferguson have brought back the murder of Trayvon Martin into public discourse. Martin, 17, was killed by a neighborhood watch volunteer after buying candy and juice from a convenience store in Sanford, Florida, in 2012. 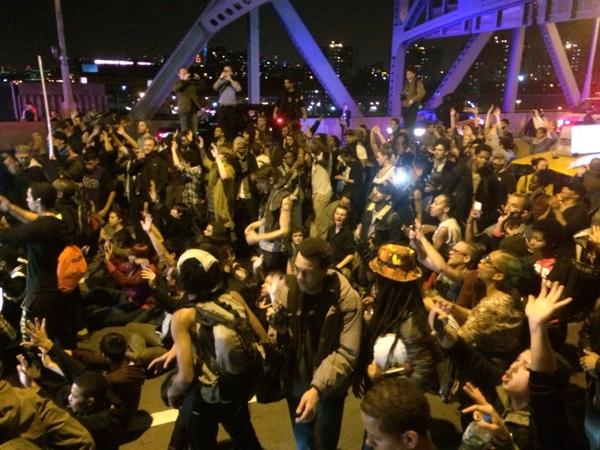 Protests have already started in many major cities across the country. Activists have also taken to the internet to express their discontent, and are using the hashtag #IndictAmerica which conglomerates similar activists groups which aim to put an end to mass incarceration, police militarization and brutality, civil forfeiture, the war on drugs, a perceived racial caste in America, and prison privatization.

Monday night in New York, perhaps the second epicenter of the movement, protesters took to the streets to make their voices heard. The people demanded justice for Michael Brown, as well as Eric Garner, a Staten Island resident who was killed in an illegal chokehold by police for selling loose cigarettes in July, and Akai Gurley, who on November 21, 2014 was accidentally shot by a rookie police officer while attempting to exit his girlfriend’s building in Brooklyn. Garner’s murder has raised criticisms in the city over broken window policing, the process by which officers target low-level offenses like public drinking and urination, selling cigarettes, and prostitution under the belief that convicting such offenders will provide them with leads to larger criminal networks. 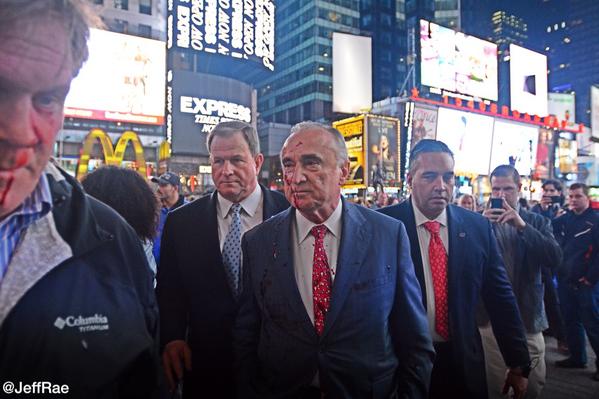 Posters were passed out in preparation for Tuesday’s actions in New York. One distributed by socialistworkers.org reads “Stop the racist killer cops!” with an image of an African American man holding a sign that reads “Am I next?” Protests started at Union Square before citizens marched to Times Square and The Bronx. Protestors also marched to the Brooklyn Bridge, Manhattan Bridge, and Triboro Bridge, and shut them down by blocking traffic. Several streets were also stopped, and fake blood was thrown at NYPD Commissioner Bill Bratton. More actions are scheduled for Tuesday night in New York and other major cities.

The Houston, Texas Facebook event page says “We’re sick of pinning our hopes on the courts. Their justice system is a joke. White supremacist capitalism is the law of the land in the U.S., and no judge or jury can change that. Maybe a few cops will see some jail time if people get mad enough. But capitalist courts can never give us justice.” Indict America protestors aim to organize in 10 cities, according to the Facebook event page for Boston. No date has been indicated for protests and actions to cease.