Two books by Elena Attala-Perazzini, writer and former assistant of Oriana Fallaci, were presented in New York. One is an autobiographical novel about the experience of the author with the famous journalist Fallaci in New York, the other mixes truth and fiction to tell, with multiple voices, the stories of the Italians who chose America (leggi in Italiano)

What has driven Italians to leave Italy for the States in the past decades? What were their expectations and what was the impact of that American reality? And how was the experience of the author with the internationally acclaimed Oriana Fallici in New York, one of the most important Italian journalists? 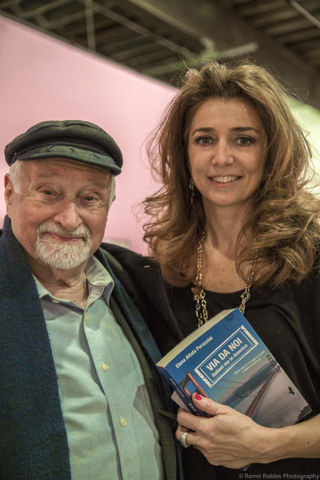 These and other questions are answered in this interview by Elena Attala-Perazzini, writer and former assistant of Fallaci in New York. The occasion was the first presentation in New York, November 23, 2014, at Anton Kern Gallery of her two books The Writer's Assistant and Via da Noi (Away from Us), released in Italy on 5 December. While the first book is an autobiographical story of the experience of the author as an assistant of the equally brilliant and intractable Oriana Fallaci, the second is a collection of stories of several generations of Italians who have chosen America, dealing with either the American experience of the big cities or that of remote places. Built through a series of interviews, the book mixes truth and fiction to construct a narrative of many voices. Among the characters we meet in this choral storytelling are also some well-known names of the Italian community in New York, including the playwright and La VOCE columnist Mario Fratti.

The prestigious Chelsea gallery was a unique setting for the backdrop of the event and for our interview: 150 ink and pencil drawings made by Andy Warhol between the 40s and 60s, never exhibited before, which we highlight as the basis for the development of the Pop Art technique.

This book tells real stories of recent immigration. Why the title, Away from Us?

This book could have been entitled “We still dream of America”, because the propeller of all the stories is a Dream that doesn’t fade, unexplainably. The America Dream is still strong and alive in the unconscious of many Europeans, almost anachronistically. America is today a country with an economic crisis, like all the Western countries. But this Dream doesn’t only have to do with the desire of material achievements, with the identification with what society recognizes as goals, but with a desire for over crossing, with challenging oneself, and with not doing with what you have. This is why my dedication: “To the insatiable and uprooted ones, searching for a dream, searching for new roots in a place that doesn’t have any.” This Dream is often fueled by the desire of an inner revolution, that asks you not to have events overwhelming you, not letting life just sliding on you. Just at the end of the research, the title became “Away from Us”, because the answer of all the people interviewed to the question: what did you escape from?, was: from us, Italians, from our attitude, from a system we don’t belong to. Almost all of them left Italy aware that they were abandoning a wonderful country.

What are the other questions you were looking to answer? 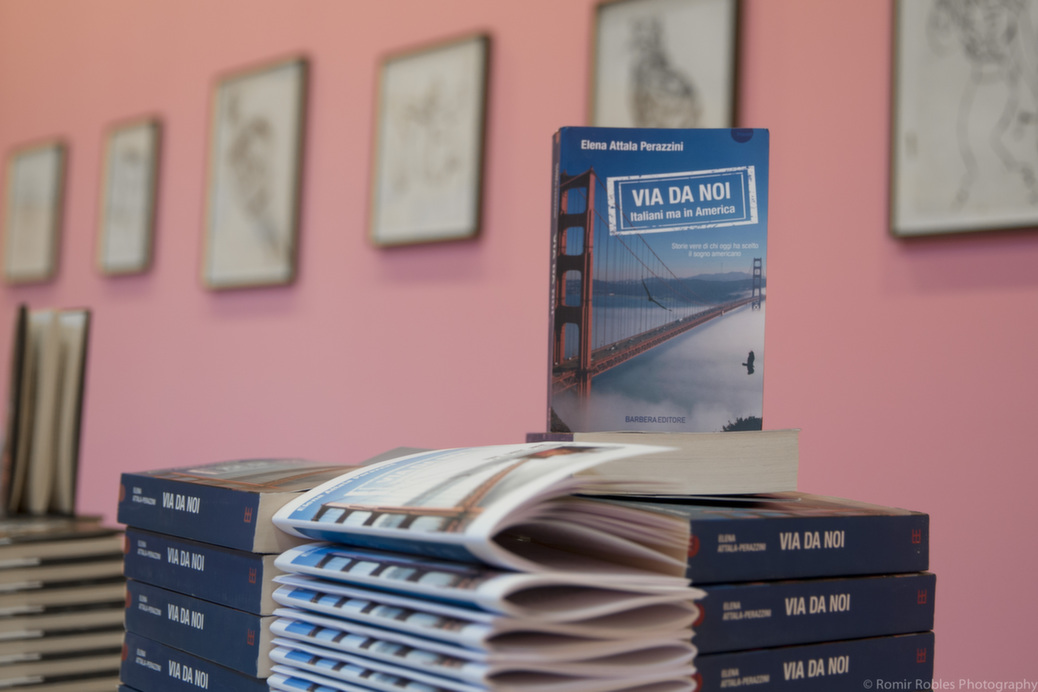 I wanted to answer first of all to myself, like every writer does. Then, to who has been asking us for all these years why we have left a country where most Americans dream of going to move to. I wanted to find an answer also from the ones that didn’t need to leave Italy, like it happened to the old immigrants of the beginning of the twentieth century, the ones who, like me, still have a conflicted relationship with the choice they made. But I also wanted to give a voice to who chose the departure as the only going forth, and in the States found the opportunities they were looking for.

And what was the answer of these people?

Today these people live in a place they can identify with for the entrepreneurial attitude and the winning attitude, sometimes for the political system. But they know  they could never truly belong to it all the way.

This book is a well balanced blend of journalism and fiction writing. How did you achieve it?

It was much more difficult than my previous books that were novels. On the writing point of view, I had to make up scenes, sometimes characters, in order to have the story working, so mixing both journalism and fiction, as you said, and I enjoyed very much doing it. But I also cursed the day I had decided to tell real stories where all the events, dates, history, names had to be real, and where the protagonists had to approve their stories. I felt trapped. I also had two bad experiences. Two people I interviewed and I have worked for six months on each story, at the very end, changed their mind. So I had to give up publishing their stories.

What did you learn from this experience?

I’ve learnt how hard it is to have people telling you the truth, during an interview. People don’t do it the first time. In my case, I had to meet them more than once, spend time with them, conquer their trust. Interviewing it’s really an art. This work made me reflect on how good Oriana Fallaci was.

You chose the stories for the book after interviewing many people. How did the selection happen?

I chose stories that were different on many levels. For the time the people came to America, the profession they do, the reasons why they left, the age. Some of them left very young, others when they were close to forty years old. Furthermore, I was curios to find out who were the Italians that came to America and chose such a different path from mine, by going to leave in remote places. I chose New York and I would never live anywhere else in the States. This is a nation with a huge diversity. It has been interesting discovering geographical and cultural landscapes so distant from the one I knew. 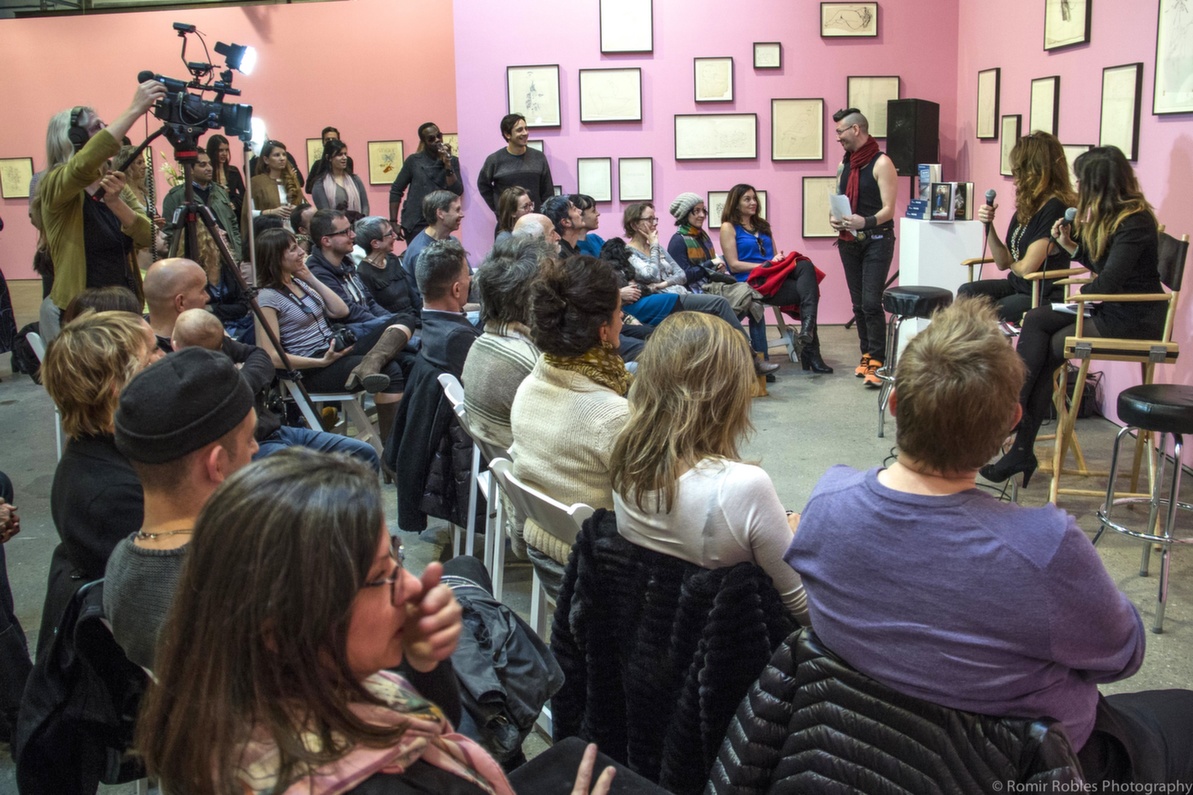 You  are looking for a publisher interested in translating Via da Noi, while your second book has just been published in English: The Writer's Assistant recounts your experience as assistant of the famous and controversial Writer Oriana Fallaci. Not a lot of people have written about a private Fallaci. How has this book been received in Italy?

The book has been reviewed by La Repubblica as The Devil’s wears Prada Italian version in literature. It has been received very well. My publisher was scared because after September 11th she had became a very controversial figure. But I had not realized how many people hated her in Italy, and how many were trying to find excuses for the ferocity of her last books until I was interviewed for my own book. Thankfully, my job with her was in 1999, so it had nothing to do with that.

Oriana was known for her abrasiveness. How did it feel to be insulted by someone you admired so much?

I realized I was a little masochist, because I would cry on my return home, but I would go back every morning. But I had grasped her humanity and fragility beyond her rigidity. I had bet with myself that somehow I should have made her collapse, it’s just a say, she would collapse only if she decided to.

And did it happen?

On the day I had decided finally to quit, after a spite she had done to me and insistence by my boyfriend. Mrs. Fallaci unexpectedly invited me on the second floor where I wasn’t usually allowed. We had champagne and raspberries and we started talking as two old friends. These weird, yet incredible conversations continued for about four months. At one point, I remember thinking that I didn’t want to ever become a writer, looking at the isolation she had chosen to live. And at the same time, I was asking myself why She had chosen me, to open up. Perhaps one day I should have told the world. It has been a very hard, but formative time of my life.

For anyone who may not be familiar with Oriana Fallaci as a public figure, can you compare her to an American celebrity? And who could you compare your postion to?

Barbara Walters. And as a young woman just moved to a new country, it’s like if a young actress became assistant to Meryl Streep.