Soon to be released, the book Titina Maselli, Involuntary Self-Portrait of a Great Artist offers readers the possibility to get to know one of the most important artists of the century whose paintings told stories of Rome and New York through her own signature style. (Leggi in italiano)

If to know a city one has to travel through all its neighborhoods, especially the most diverse ones, then to appreciate Titina Maselli and understand her relationship with the two metropolises that have influenced her art, New York and Rome, one can only try to observe the innumerable facets of her character to attempt to understand this incredible woman. Giving a profile of such a complex personality is, more often than not, a useless endeavor, but in this case Sabina de Gregori gifts us with a description not of the work but of the individual and leaves us incredulous to the point of encountering an old family friends with a “docu-graphic” book that is both incisive and disruptive. 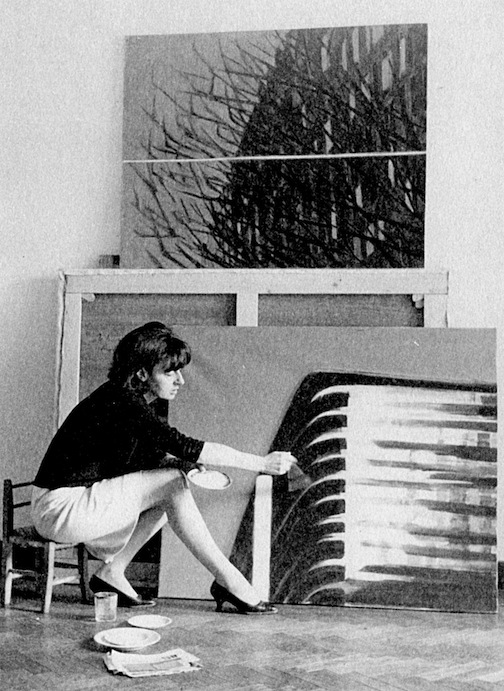 Modesta Maselli, her real name, is born in Rome in 1924 from a distinguished family of the new intellectual bourgeoisie. She is a great Italian painter of the 21st century, and, even so, this name is still today (ten years after her death) relatively unknown to the larger public, probably since the artist herself stubbornly refused to be identified with a style or movement, preferring to be “isolated and proud, always and only true to oneself” throughout her career. At a very young age after the war, when she began to create her first works, Titina used to go out at night with her easel in a Rome still full of rubble to Piazza Fiume, where she spent many hours painting in the open air. She had always “been attracted by the city and urban themes, as if it was the only livable environment for man, the only possible habitat.”

It’s important to remember that Piazza Fiume has always been a highly symbolic place for Rome, especially in those years. It represented a sort of privileged terrain from which to witness a sudden changes of the city: here where there was the Salaria door rebuilt by Vespignani after the damage of the historic “breakthrough” of 1870 and later demolished in 1921 to create the piazza after the war (right before the years of Titina), there was a kind of laboratory for modernity. It was in fact in this location that the first underground passages of Corso Italia were built and, above all, the Rinascente building, masterpiece of Franco Albini and one of the most important and decisive architectural works of the last century. 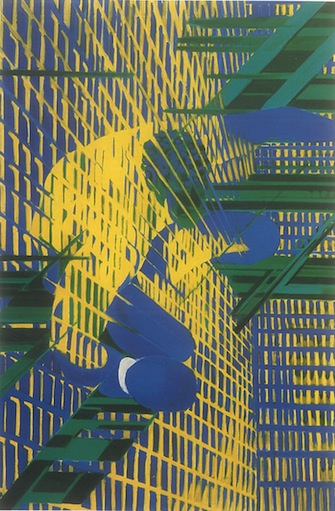 The paintings of Titina Maselli search obsessively for this modernity, not literally, but through a lexicon of places reproduced as signs such as the trolleybuses, large streets, the building, the neon signs… she defines those objects as archetypes of modernity capable of giving an emotional perception rather than a true representation of the new Rome.

It was 1952 that marked a turn in the professional story of Titina. It was in that year that she decided to leave Rome for New York, alone and with little money (“only eighty thousand Lira in her pocket”), where she lived for a few years but that had an impact that was visible in her work even many years after she returned. Manhattan of that era was for an artist a true epiphany and, to recount it in Sabina de Gregori’s words “for her, the American metropolis offers the possibility to push to the extreme the roman experience: skyscrapers replace 19th century apartment blocks "and you have loud neon lights rather than the dim lights of Italian nights. Maselli finds here the modernity that, in her paintings of Rome, could be only subtly noticed.” 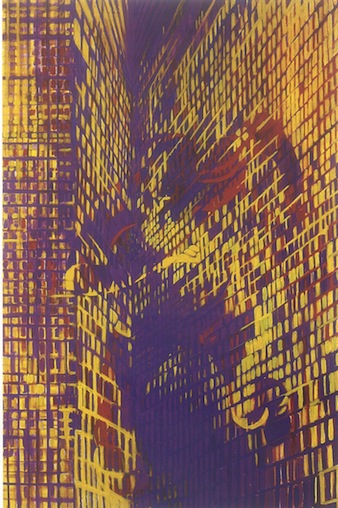 Titina was ecstatic of New York; she was irresistibly attracted by the strong contrasts that the city possessed, fascinated with an aspect too often ignored but absolutely essential to this city: the ocean. She affirmed, with an extraordinary sensibility that she was gifted with, “the ocean wind, the sky in the walls of skyscrapers, this cannot be seen in the cinema… this city possesses the violence of nature but is absurdly fueled by speculation”. But in America, where the artistic climate was more fervent and where was later established the Pop Art movement, Titina chooses to emphasize, once again, her autonomy. Confronted by the trends of the moment, and she chooses our own language, highly autonomous which prompted her to tell the city’s story not through typical images that we would learn to recognize, but in represented emotions expressing the dynamism and also the loneliness that the modern metropolis was eliciting in its inhabits, a direction that was pioneering for painting at the time. “Rome is like New York: the common dimension is that of the grand contemporary city”, says Morosini while commenting on his own canvases while Achille Bonito Oliva wrote about Maselli’s New York works: “the urban instance is captured across images that reproduce the sensation of the present moment, the memory of the past and the impression of a fast future that sparkles in space and time, slowing down and speeding up”.

Titina Maselli has thus been a superb narrator of the two cities through her works and, in her own way, a scholar of urban reality summarized in her works in a very personalized way, illustrating, even today, the essence of the two different but non divergent cities. “I would like to paint all things known, but not enough seen” answered Titina when asked what her favorite themes were. Her unusual style reveals the essence of both Rome and New York, avoiding the banalities that in subsequent years contributed in consolidating the stereotypical images of the modern city.