(Per leggerlo in italiano)

I was born in Italy a few years after the end of WWII, when the country was still reeling from the disastrous consequences of the Mussolini regime, which had dragged the Italians into a war caused by the sudden moral collapse of almost an entire generation. But already by then all that reminded Italians of conscience of that shameful era had been removed everywhere. 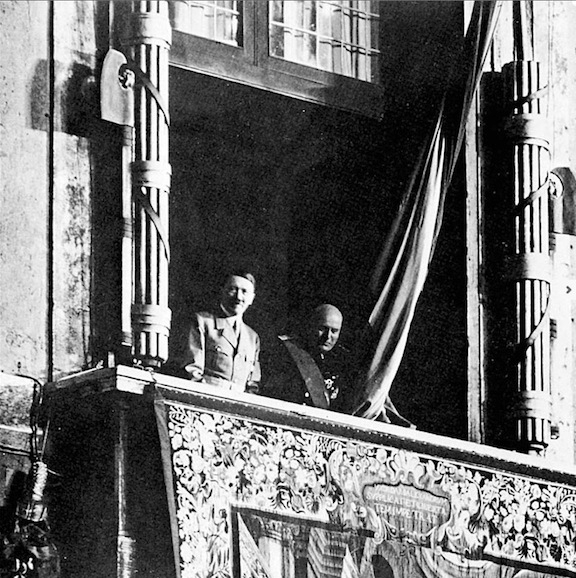 Hitler with Mussolini at Piazza Venezia, in Rome

About twenty years later I moved to America. One day while I was watching a televised presidential speech I noticed on the wall of the House of Congress in the Capitol Building two huge fasci identical to the ones Mussolini had adopted as a symbol of his regime, a regime that was the very antithesis of democracy. I then discovered that the image of the fasci is present in many other places in America – on statues on George Washington and other historical figures, on coins, in the logos of federal agencies, at the entrance of civic buildings, even in the Lincoln Memorial, where the greatest of all American presidents is shown with his arms resting on two fasci placed at the sides of his seat.

In origin, the fasci (bundles) symbolized for the Americans the ideals of the ancient 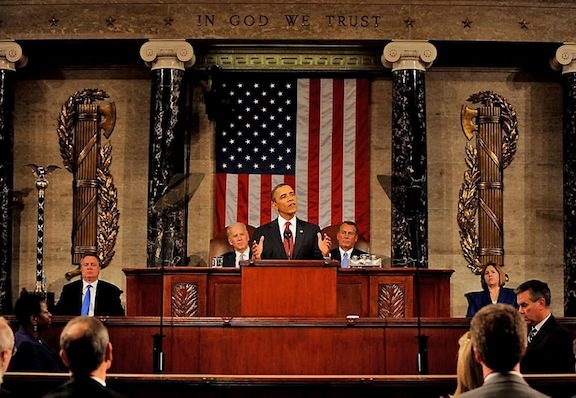 Roman Republic to which the Founding Fathers aspired. The emblem of the bundle of sticks tied with rope, accompanied by an ax and surrounded by laurels represented the unity of the United States, whose motto is “E pluribus unum.” But history changes, and symbols change with it; when symbols become forever contaminated, they no longer belong in civilized society. The image of the fasci can be explained in a statue erected in 1850, on a coin minted in 1910, in the logo of a federal agency established in 1930; but it’s inexplicable today to see the President and Congress of the United States meeting in a hall dominated by a symbol that now evokes only the most inglorious period in Italian history. Isn’t it time that people of goodwill removed the fasci from the American Capitol?