During a breakfast at Eataly the winners of the Short Movie Food: The Oscars at Eataly competition were announced. The program, launched by the Italian American Committee on Education, is meant to educate students of Italian on the importance of healthy food. "The children who come are the ambassadors who leave saying, “Italian is cool," said Bernardo Paradiso, President of IACE. / Leggi in italiano

The Oscars have arrived at Eataly, but this time the nominees were students of the Italian American Committee on Education (IACE) who submitted their videos to the “Short Food Movie: The Oscars at Eataly” competition. This past November IACE invited it’s 42,000 students to create and submit a 30-to-60 second video that communicated his or her perspective on food and it’s vital connection to life. At a breakfast ceremony and video screening held at Eataly on the morning of Saturday June 27th, the winners were announced and their accomplishments toasted to with cappuccino and brioche.

The victors were selected by a committee led by Chef Lidia Bastianich, author, television personality, and Eataly partner; Maria Teresa Cometto, author, journalist, and IACE vice president; Mario Fratti, author of the musical “Nine” and IACE board member; and finally, Claudio Angelini, president of the Dante Alighieri Society in New York, who sadly passed away last month. The lucky winners received a prize: a dinner for four at Eataly’s fine-dining restaurant, Manzo, a tasting tour of Eataly for four, or an Eataly gift box, consisting of high-quality food products imported from Italy. 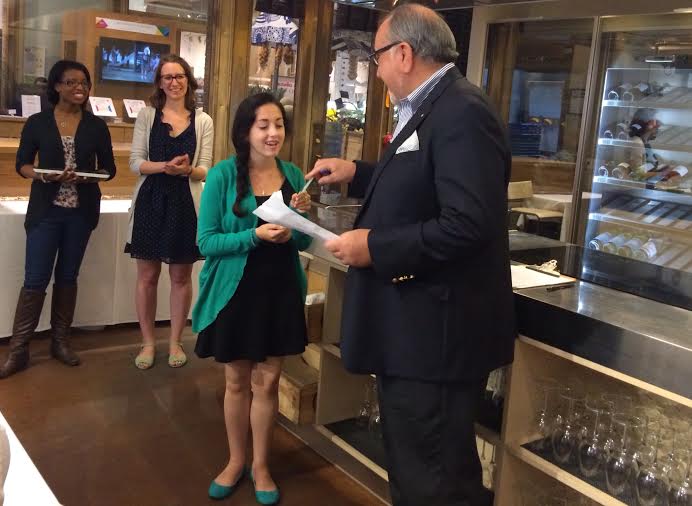 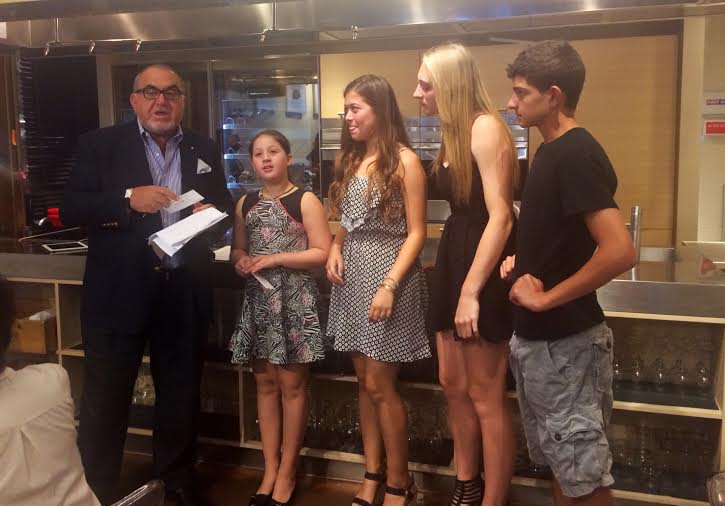 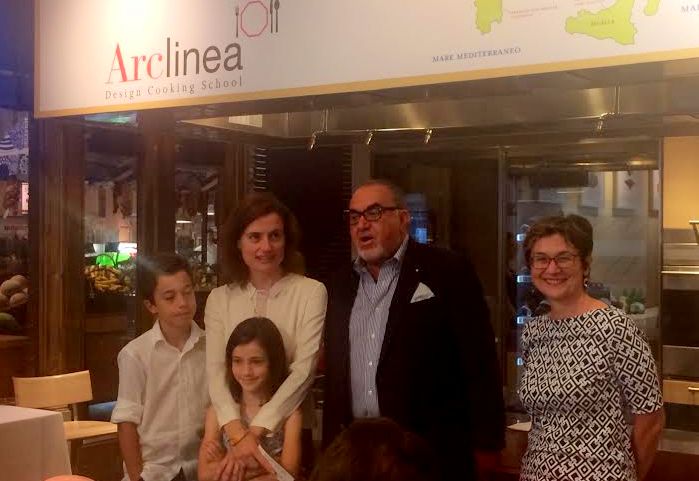 Thirty submissions were received, but only four winners were selected. First place was awarded to Alyssa Cuomo for her video titled “We Live, Eat and Grow.” Upon receiving her award she proudly noted, “I just realized right now how much dedication and hard work can pay off.”

Finishing in second were two winners Jordyn Horowitz, Gabriella Kurczeski, and Robert McCulley for their video titled "Eating a Healthy Lunch to Live a Healthy Life,” and Alyssa Politioski for her video titled "Good Nutrition Wins a Gold Medal." Upon receiving her award Politioski, a young figure skater, shared an endearing thought about her grandparents who recently passed away. “They were the ones who inspired me to speak Italian. I can see them looking down on me, smiling and being proud,” she said.

Last but certainly not least, coming in third place was a submission simply titled "Iace Video – Eataly," created by Arianna Farinelli and her sons Tommaso and Anna Sofia Martorella. Farinelli leads a program with IACE for bilingual children ranging from ages 5 to 15 who live in New York, and who have at least one parent who is Italian. The children who grow up speaking the language are taught to write using proper grammar and spelling.

In addition to expanding their Italian vocabulary and improving their grammatical skills, through the IACE program students are given the unique opportunity to participate in tours of Eataly. They are taught how to shop in a supermarket, and learn the invaluable lesson of incorporating fresh, whole foods into their everyday diet and lifestyle. At the end of each tour they attend a cooking demonstration in which a chef prepares a traditional Italian dish.

“We do these programs and host these competitions so that we can attract more children to our classes. The children who come are the ambassadors who leave saying, “Italian is cool.” The scope of the program does not finish here, because then it is the parents who return to Eataly to do their food shopping, and continue to promote healthy eating,” Berardo Paradiso, President of IACE, told La VOCE.

IACE isn’t the only program working to foster healthier eating habits. The “Short Food Movie: The Oscars at Eataly” competition is modeled after the EXPO Milan 2015 “Short Food Movie” program themed “Feed Your Mind, Film Your Planet,” which took place a few weeks ago. The event featured video submissions from 143 countries that focused on nutrition, sustainability, and the importance of making sure that healthy food products are available worldwide. “I was very surprised to learn while I was there that 50 percent of the people in the world don’t have spaghetti and pasta… In some countries people eat worms and insects because they are a good source of protein. Vermicelli is one thing, but worms are another,” joked Paradiso.

In an effort to continue promoting a nutritional diet among children and their families, IACE has decided to host another competition during the 2015-2016 school year. This time it is the students’ photographic abilities that will be put to the test. They will be asked to post a picture that best visually captures the spirit of Eataly’s marketplace to Instagram with a specific hashtag. Francesco Tonelli, culinary photographer for The New York Times, Kraft Foods and The Culinary Institute of America, along with other members of the jury, will select the winner. The best photographs from the competition will also be displayed at Eataly.

This year’s Short Food Movie competition revealed such wonderful talents on the part of the IACE students. “We work hard and for free [at IACE], when I see students, like Alyssa, who have accomplished so much and speak the language, this is the best gift they can give us,” concluded Paradiso.