Riesling is a hearty variety that can survive very low temperatures. Winemakers from the Finger Lakes, New York, following one of the coldest winters in history, are keen to reassure wine lovers: Riesling is safe. Just like New Yorkers, who can go through some of the toughest events of their lives and still find a way to get up the next day and keep going / Leggi in italiano

Last week, July 22nd, I participated in a virtual tasting on Twitter that consisted of winemakers walking us through a tasting of their wines from the Finger Lakes, New York. The focus was on their aromatic white Riesling wines, which is a variety that has become synonymous with the Finger Lakes. At one point all the winemakers agreed that they could always count on Riesling to make good wine considering their regional climatic issues.

When many wine drinkers think of wines from the US, the top place that comes to mind is California, and then perhaps Oregon. But every state in the US makes wine to a certain degree. Some states have a better reputation than others. Other noteworthy states would be Washington and Virginia, and of course, this column’s favorite state, New York.

There are two areas where most of the winemaking takes place, Long Island and our current focus the Finger Lakes. The Finger Lakes is about a four-hour drive from New York City- but still, there is a connection between their wines and the pulse of the city. 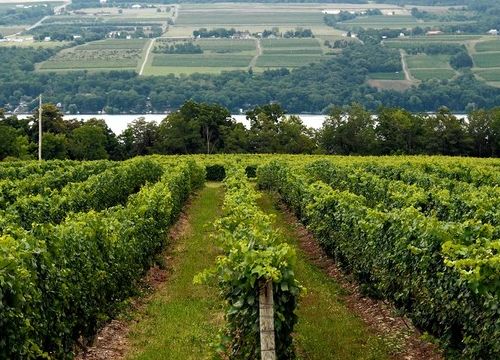 It is known as a hearty variety that can survive the toughest winters, and in some ways, thrives in such an extreme environment. New York had one of its harshest winters during the 2014 vintage with temperatures dropping as low as -18 degrees Fahrenheit (-27.7 degrees Celsius). After such a brutal winter the US declared the Finger Lakes a ‘Disaster Zone’ due to the significant damage to their vineyards.

But many of the winemakers were quick to point out that most of the damage occurred with other varieties, and not Riesling. Actually, 2014 turned out to be one of the best vintages for Riesling and helped to produce wines with lots of flavor and complexity. The severe cold winter created an environment with low disease pressure, hence most of the Riesling grapes that survived were healthy allowing them to hang longer on the vines.

New Yorkers can go through some of the toughest events of their lives and still find a way to get up the next day, go to work, and keep New York City a vibrant place. New Yorkers are like Riesling in the way that they are hearty, and they become more interesting with strong intensity of character through the trials and tribulations they face everyday. 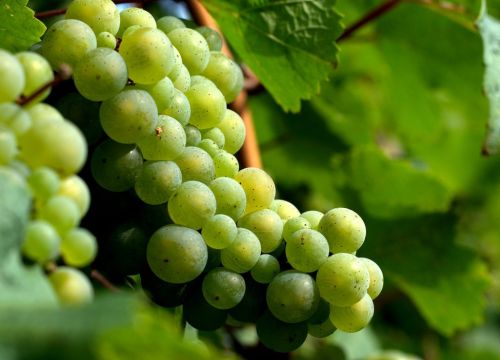 Even though they have a vast diversity of ancestral backgrounds, New Yorkers share the same common characteristic of having a high resistance to challenges. They find a way to keep going – they may be yelling on the street while they are going through tough times, but under every type of difficulty, they find a way to create and accomplish – all at an extremely fast pace.

New Yorkers are hearty like Riesling, because if they were not, then they simply could not live in this city – a New Yorker is simply someone who can live here, survive and thrive.

Riesling wines are not for everyone. It is not Chardonnay which has an appeal that speaks to many wine drinkers. But again, New York and New Yorkers are not to everyone’s liking – for example, even though Rudy Giuliani became one of the most popular New York City Mayors, after his heroic display during the tragic event of 9/11, he still was not a serious contender to become President of the US – he was just too New York.
With that being said, everyone should visit New York City at least once in their lifetime, and if you are lucky enough to experience this crazy city then I would certainly recommend trying a Riesling from the Finger Lakes.

2013 Red Newt Cellars “Circle” Medium Sweet Riesling, Finger Lakes, New York ($11): This is an off-dry wine with a small amount of residual sugar that nicely balances with the mouth watering acidity. 2013 was not as great of a vintage as 2014, but the wines are still tasty and have a lighter body and noticeable crisp finish. There is a distinctive juicy tangerine flavor that makes this wine a pleasure to drink.

2014 Boundary Break #239 Dry Riesling, Finger Lakes, New York (pricing is not available for the 2014 yet since it has not been released on the market, but the 2013 retails at $20): I thought this was an incredible wine especially considering the potential pricing of it. The high quality of the 2014 vintage really shines in this wine with a rich texture that is beautifully balanced by focused acidity. The burst of ripe white peach flavors with mineral and floral notes makes this wine a show stopper. It was a very exciting wine!

2004 Reichsgraf Von Kesselstat Riesling Eiswein, Mosel, Germany ($75 for a half bottle 0,375 liter): This wine is not from the Finger Lakes but Riesling’s traditional home, Germany. Germany certainly makes some of the greatest Rieslings in the world, and they are the benchmark for quality when it comes to other areas wanting to grow this variety. This particular wine is an Eiswein which means “Ice Wine”. The grapes freeze on the vines, it is harvested frozen and pressed while still frozen. This creates a lush sweet wine with intense honey flavors and it is another testament to the survival skills of Riesling.