Inevitably, the culture of our adopted country changes from the very start the culture of our native country. Among the countless things that must be learned is the art of distinguishing which aspects of our culture are still reliable and which ones aren’t. To make one example, after more than three decades in America I still have no idea how “personal space” is measured (Leggi in italiano)

Immigrants are people of many contradictions. Half of our soul is rooted in the shore from where we sailed, the other half in the shore where we landed. Having to navigate constantly between two different worlds is often uncomfortable and confusing. Visitors need to deal with cultural differences for the length of their stay; immigrants need to do it for a lifetime.

To make one example, after more than three decades in America I still have no idea how “personal space” is measured; in fact, before I moved to America I didn’t even know what “personal space” was. For us Italians, used to an expansive show of feelings, unintentionally rubbing the wrong way the more reserved Anglo-Saxons remains one of many professional hazards. Don’t lean in too much, don’t talk too much, don’t talk too noisily – and none of us is clear on what “too much” means.

Inevitably, the culture of our adopted country changes from the very start the culture of our native country. Among the countless things that must be learned is the art of distinguishing which aspects of our culture are still reliable and which ones aren’t. We know innately, for instance, that we can gesticulate freely with fellow Italians, but we must learn by trial and error that gesticulating freely with others is not necessarily a good thing; in fact, our innate habit might only strengthen the stereotype “Italians talk with their hands”. To complicate things, cultures vary according to the specific country where we immigrate. In a peculiar sort of international campanilismo, one immigrant will tell you, “Thank God I immigrated to America and not to Australia” and another, “Thank God I immigrated to Australia and not to America.” 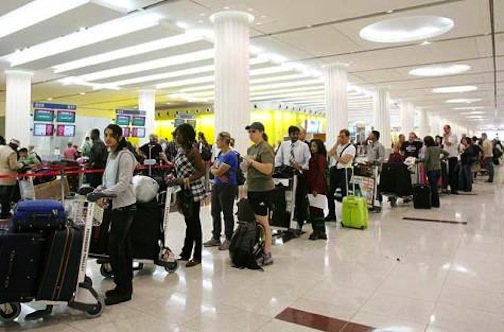 Children of immigrants also find themselves caught between two worlds. If it’s true that all children rebel against their parents, here there’s the added factor of cultural rebellion. It’s known that many children of immigrants are ashamed, some more and some less, of their parents. “You’ll have to excuse my mother, she’s Italian and Italian mothers are nosy.” “Dad, when are you going to learn proper English?” The gap heals only at the third generation. It’s the third generation that reconciles the two worlds, and with reconciliation comes also unconditional pride in one’s Italian roots.

I don’t find it easy to live split in half, to look at America with my Italian eyes and at Italy with my American eyes. Much as I love the country where I was born, my attention has shifted for the greater part to the country where I live. I don’t follow closely the Italian scene but I follow closely the American scene, because it’s the latter that most influences how I and my family live. Some people ask me, “Excuse me, but which side are you on?” I have no clear-cut answer. I think that immigrants are not “on the side of” things, and that not being “on the side of” things can be an advantage. I think that with a double perspective we can see more objectively both our country of birth and our country of adoption; but the price many of us pay is a lingering sense of uprootedness.