Silvia Forni is an Italian photographer, videographer and comic book artist. In her drawings she puts all the sarcasm typical of her home town, Florence

Red long hair, a nerdy smile and a witty sense of humor are the main features of this lovely Italian photographer, videographer and comic book artist. I met her over coffee in Williamsbug, Brooklyn, and we discussed her work and future plans.

When did you start to draw comics?

“I was 15 years old, at school. I could never really concentrate when I was younger, I always had a very vivid imagination and some of the teachers were kind of…well….boring to listen to…so I just started to draw them while they were talking and it just came natural, from that moment on.” 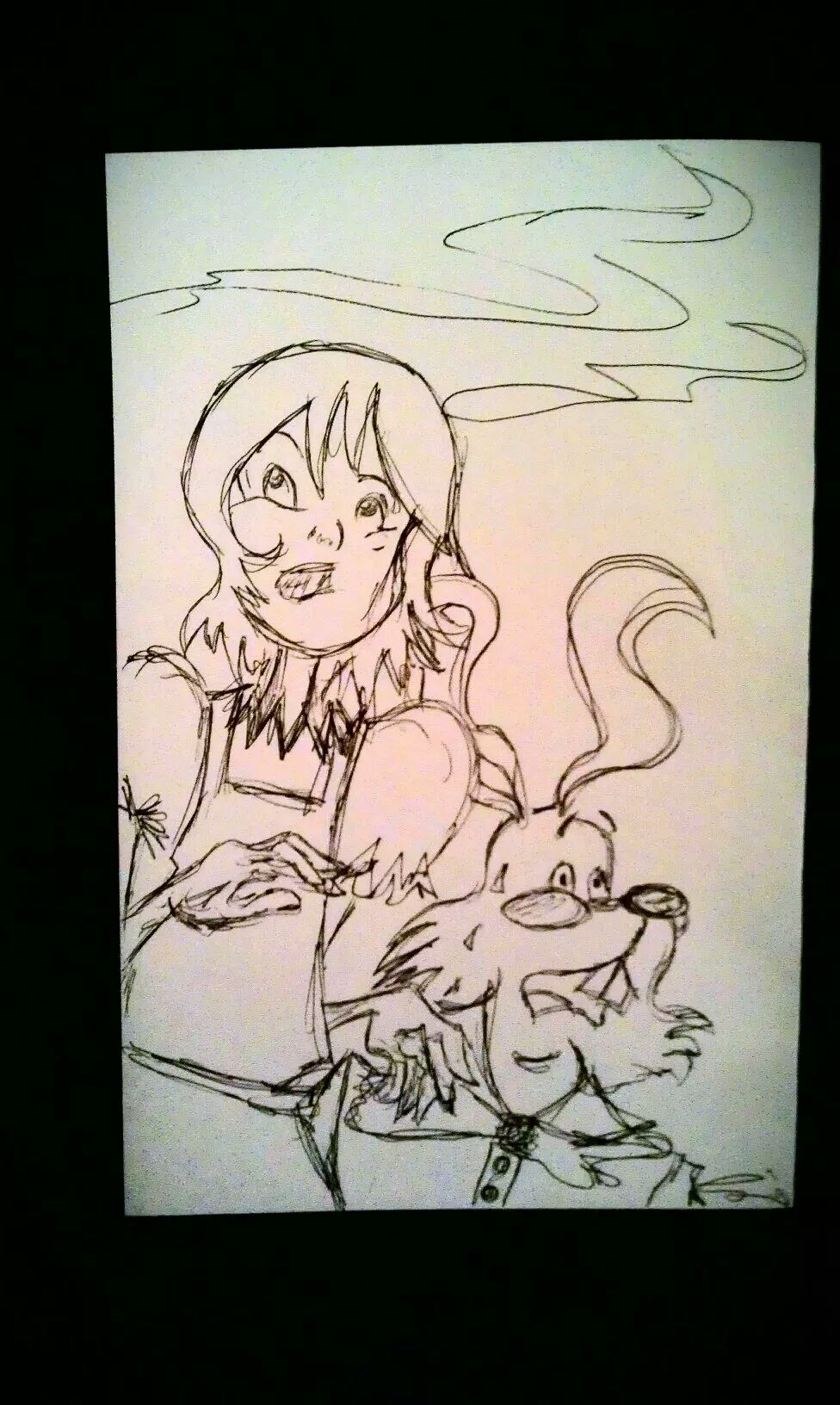 Alice in Wonderland by Silvia Forni

You are usually very sarcastic in your comics right?

“Yes, I am sarcastic with my humor in general, infact, often, people get offended, but I don’t mean any bad, words and drawings just come natural sometimes. I grew up in Florence, Italy, where sarcasm is the everyday bread. People in Florence are always with the “battuta pronta” as we say, meaning they have a very quick response for anything and sometimes, for people who comes from other cities, it sounds odd and offensive.”

So, long story short, you are just “drawn that way” (as  Jessica Rabbit says)?

“Haha! Yes I guess I am! I got into comics also cause when I was in Florence I was surrounded by people who were obsessed with it. My ex boyfriend and all of our friends. One of them still manages a comic book store in my city. I always draw when I can. It is very relaxing for me. Since I am in the States I have been mainly a photographer and a videographer. Only lately I have been thinking that maybe, after almost 25 years, I could transform my passion for comics into something else.”

I heard rumors that you are putting together a new film based on your life experiences and the people you met along the way, is that true?

“Yes, it is true and the name will be “If”. It is not easy to work on that while you are trying to work on other million things, but we want to make it happen for next year, 2016!” 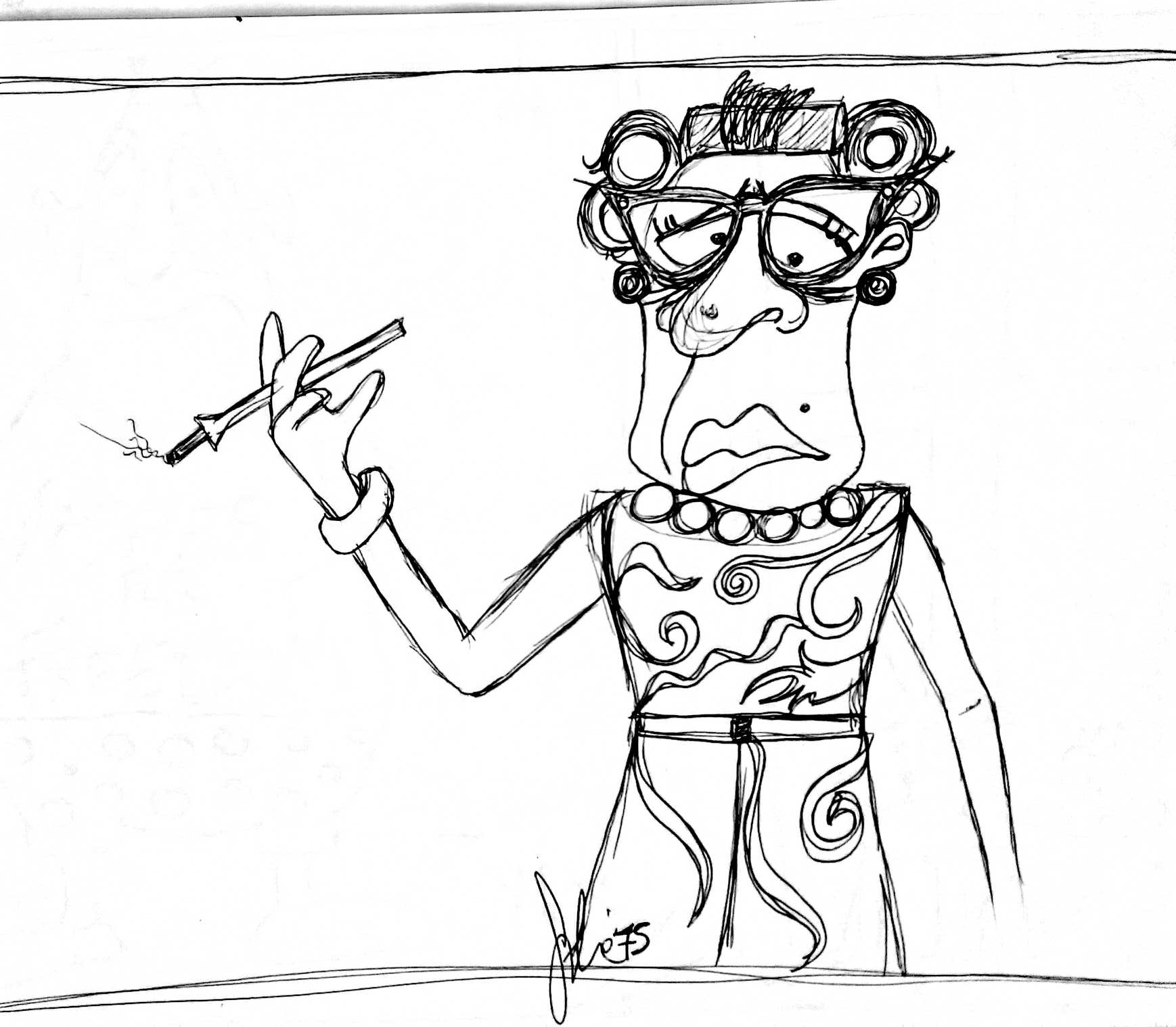 My Neighbor by Silvia Forni 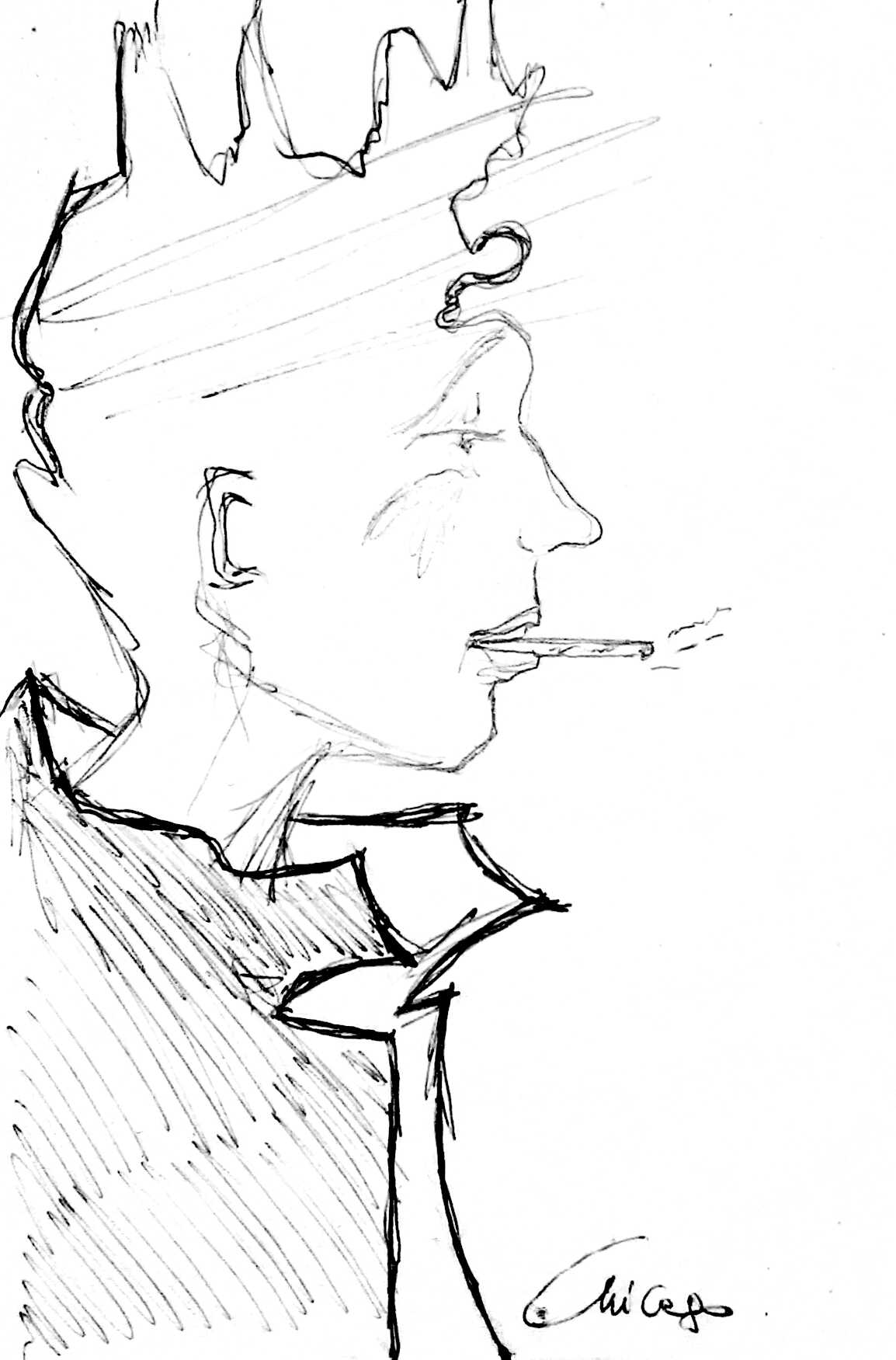 The Chicago Boy by Silvia Forni 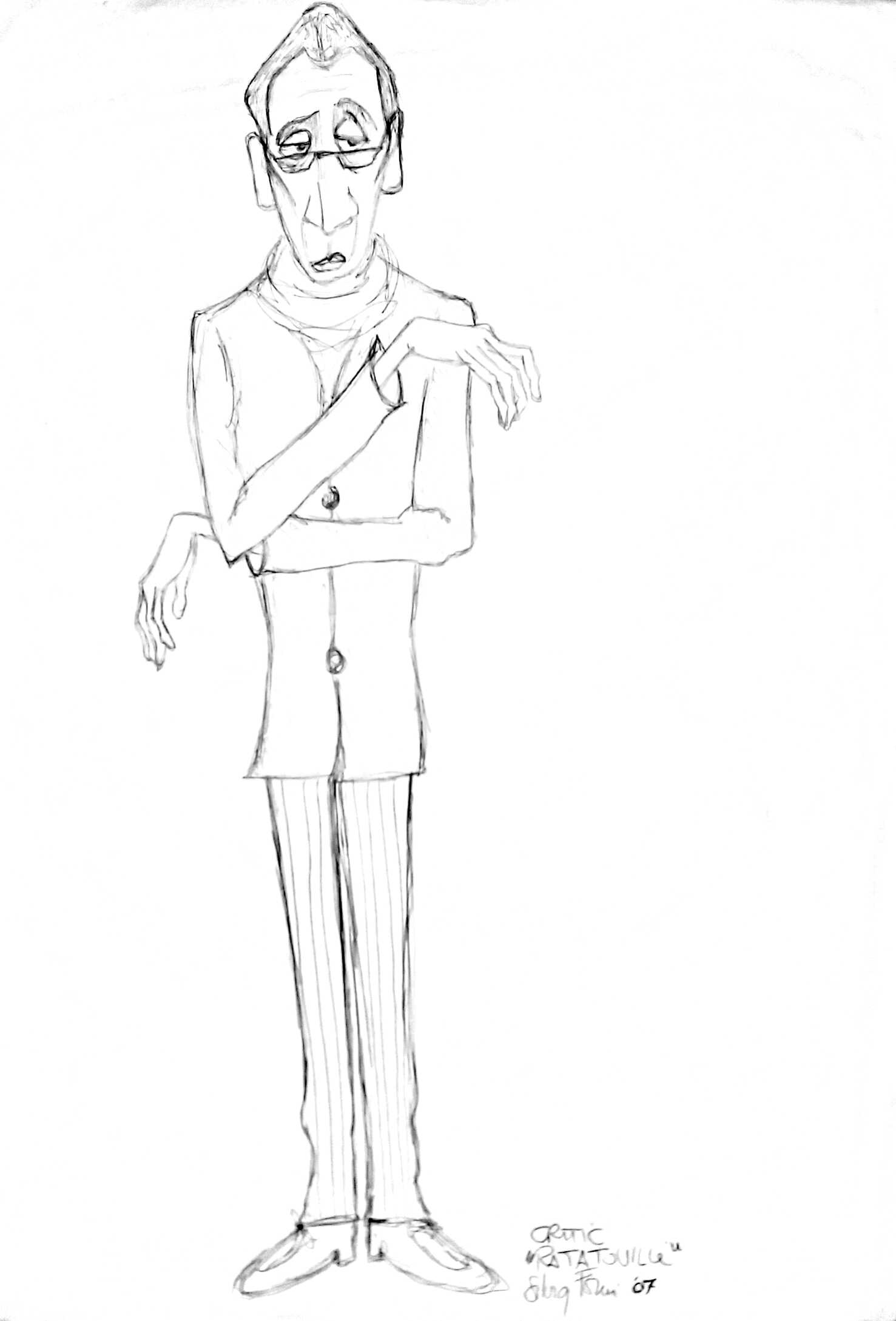 The Elegant Man by Silvia Forni

Tell me more about your comics

“I tend to draw funny monsters, that are part of my imagination. It is rare that I use colors. I always draw black and white with a Staedler 0.4 one of my favorite pens.  I don’t consider myself a “painter”, but comics is what I do best and I will  keep doing it. I have a lot of comics that I drew since I got to Ny. If you want I can show you some of them.”

As a passionate comic reader I remember a phrase from one of my favorite comics, Captain America (Daredevil): “I am loyal to nothing,  General, except the dream..” How do you feel about that?

“Well, dreams are very important in general, you cannot live without dreams. When people are too attached to reality is not a good thing. There is always a need of balance in life. Is not that I daydream all day, but let’s say that my imagination brought me to be who I am now and what I am doing now. Our deeply desires transfom into reality pretty quickly if we give them a real importance. So, I dream, almost everyday, but I still keep my feet tight on the ground, cause unfortunately we live in a world where we always need to be very active and conscious of everything that happens around us.”

And, cause you brought up one of your favorite quotes, I’ll do the same with you. In the comic “Thor” he says: “ The Fate of our planet rests not in the hands of gods. It rests in the hands of mortals”. 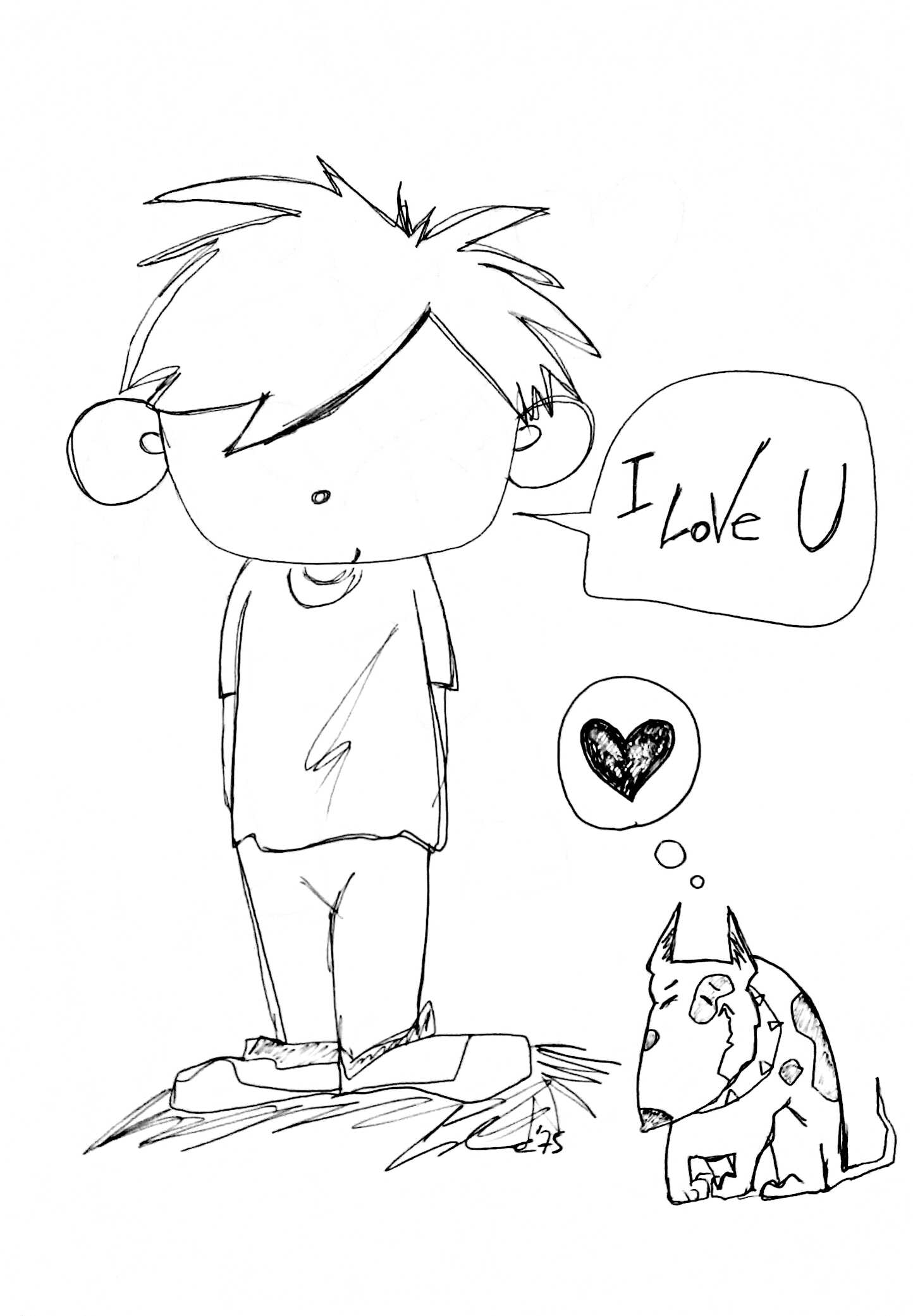 In Love, by Silvia Forni

“And I totally agree with that. We are the future and we all need to be better people in general to make good things happen. It sounds totally cheesy, but it’s the truth.

So, I am doing my best and I always say that if people want to be in our life or believe in us as human beings, it’s their own decision and you can’t force anyone ever. Whoever is in your life right now is not your choice, but theirs. So we just need to believe in ourselves always and see what this world has to offer.”

I have one last question, do you have any advice to young artists who are coming to New York to “try to make it”?

“If I have to be sincere, there are no rules. Everyone has their own story and everyone is different. Your life might be interesting in your own way and my life might take different turns than yours. Or maybe we will meet again and we will share the same experiences, who knows. What I know and what I can say is that we should concentrate less on the past and on the future and be more alive in our present moment, cause, in the end, that is what counts.”

She just left me that way, with that comment, like a real comic superhero. So, I’m just going to end this article with this phrase: “But everyone’s story begins with Once Upon a  Time, and it’s up to us to cherish the time we’re given to ensure we live happily ever after (Scarlet Witch – Avengers Fairy tales).