I lived six months in New York. Since the very first day I knew that what they said was not true --that it feels like you already know the city, that it is exactly like in the movies and TV shows. NYC is a multifaceted reality that is reductive to define as a “city,” where art and culture are everywhere / Leggi in italiano

When I moved to New York in January to take up my six-month fellowship at the Center for Italian Modern Art, I had never been to the city (or to the US). Everybody in Italy told me, “You’ll see, it’s exactly like in the movies and TV series. You’ll recognize it: you’re going to feel like you’ve already lived there.”

Well, that’s not true. At all! This was immediately clear to me. New York began to surprise me the very first night, when the yellow cab took me from JFK to Boerum Hill, Brooklyn. This feeling of wonder defined my relationship with Gotham City from the beginning, with the resulting need to get to know it and understand it.

The myth of New York has been crystallized iconographically by so many movies. And NYC itself is an astonishingly successful brand, with characteristics that are so codified to become almost a stereotype. It is a sensational example of territorial marketing. But the myth and brand tell an incomplete story, in which tourists can easily recognize themselves – be it those staying in NYC for a few days or entire weeks. Tourists will develop their list of must-see places, and, once done with it, they’ll think they have understood everything.

But NYC is a multifaceted reality and defining it as a “city” is not enough: it donates itself generously and at the same time it slips away. It never lets you catch it completely. It is both cosmopolitan and American at the same time. 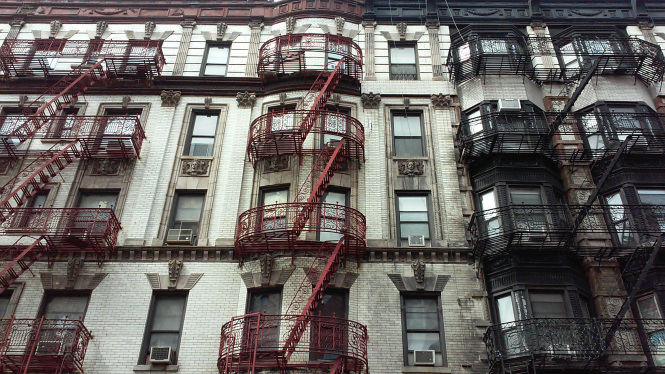 It’s impossible to understand through any movie how a clear and windy winter day at – 17° F (- 27° C) feels in New York, or what it means to learn how to reach one’s destination by changing trains and buses multiple times. It is very difficult to realize how many people have happily been living in NYC for years without speaking a single word of English and impossible to guess how, just within few blocks, socially, ethnically, and sometimes linguistically distant worlds live with one another. Unimaginable also is the rivalry between Brooklyn and Manhattan. Architecture too has to emerge out of the two-dimensionality of the screen in order for someone to make a real experience of it. It is surprising the cohabitation (rather peacefully accepted by the New Yorkers) with rats running on the train rails and in many areas at night.

The chance to live first in Brooklyn and then in Manhattan on the border of the Upper East Side and Spanish Harlem, and to work downtown in Soho, widened my perspective on the city, allowing me to experience the extraordinary richness and cultural diversity of NYC. 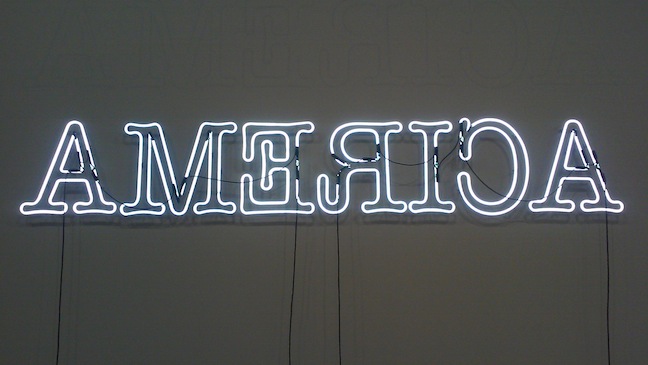 Literature seems to have more useful tools for insight than cinema.  Paul Auster, for example, lets us find the contradictory mixture of harshness and beauty of the city through novels that strike for their brazen authenticity.

NYC has gradually unveiled itself to me as a literary city, being a place where innumerable stories waiting to be told are nestled, and because literature and poetry are an essential part of the city’s everyday lifeÔÇòthanks to a dense urban fabric of readings, lectures, meetings with authors, and poetry slams. 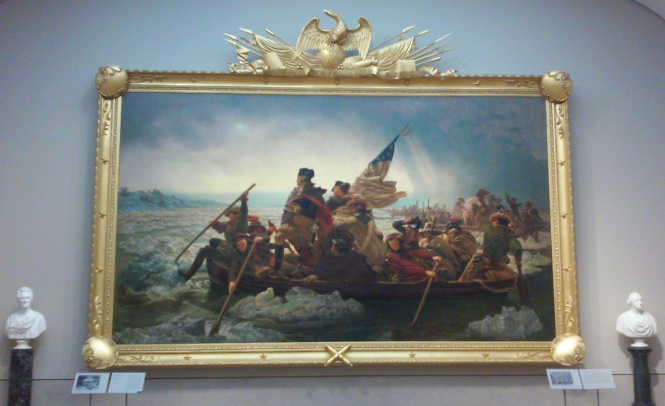 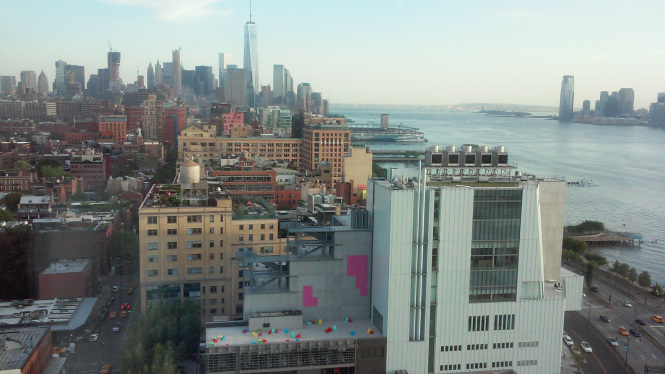 View with the Whitney Museum from the Standard Hotel 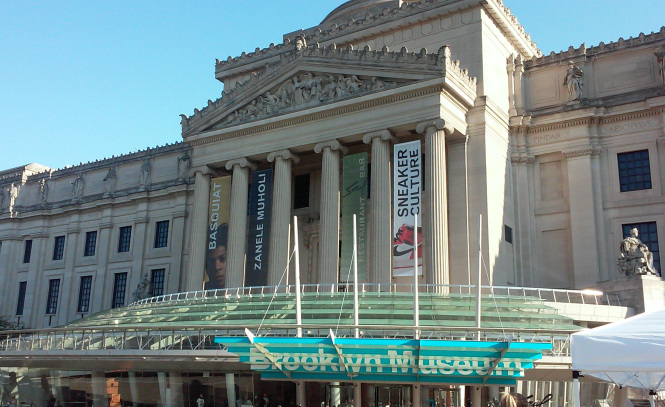 For a scholar and art historian, living in NYC also offers a unique opportunity to explore American art and culture. The American Wing  of the Metropolitan Museum  is a wonderful lens for this exploration. An invaluable and irreplaceable source of works of art, images, and artefacts, it provides a close and insightful contact with the history, culture and art of the United States. Here for example is kept the historical painting that has turned into a true American icon: Washington Crossing the Delaware  by Emanuel Leutze.

Another major destination is of course the Whitney Museum of American Art , the most important institution devoted to the contemporary American art. Founded in 1931, it reopened last May with a new building  designed by Italian architect Renzo Piano in the Meatpacking District.

And not to be forgotten is the American art  section of the Brooklyn Museum ÔÇòan extremely lively institution that in New York City comes only after the Met for the richness of its collections and is not as well known as it deserves to be.

For the American culture and the New York history, an extremely interesting place is the Queens Museum, situated in the New York City Pavilion, built for the 1939 New York World’s Fair, then reused for the 1964 World’s Fair. It keeps several memorabilia of the two expos and the big Panorama of the City of New York, realized in 1964 to document and celebrate the New York urbanistic structure.

But if you want to become intimate with New York and American culture, of course you can’t confine yourself to the art museums. You have to walk a lot and, possibly at least once a week, take the wrong road or subway and find yourself in some unexpected place. That’s the best way, if not the only one, to meet what is not recognizable. You have to go to the theatre and clubs: the choice is endless. Attend at least one Broadway production (for example a great classic such as Bob Fosse’s Chicago ), and a show by one of  the most terrific dance companies in the world, the Alvin Ailey American  Dance Theater  (if possible, see Revelations , a true patrimony of African American culture). The place to see some live poetry is the Nuyorican Cafè , a meeting point of the many and varied NYC cultures and ethnic identities, a celebrated location of poetry slams that made history. And go listen to jazz music: it is everywhere. 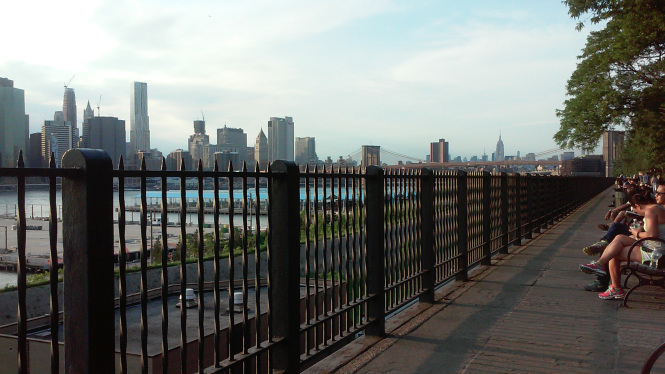 The list could be endless: the Carnegie Hall , the Metropolitan Opera , Lincoln Center, the Frick Collection , MoMA, the shows at the Park Avenue Armory , the Guggenheim Museum , the meetings and lectures at the 92 Y , Central Park, Harlem, the Brooklyn Heights Promenade, wonderful libraries like the New York  Public Library, the Watson Library  at the Metropolitan Museum, the Frick Art  Reference Library, Grand Central Station, the art galleries, Times Square, , chasing the Manhattanhenge, Brighton Beach and Coney Island, the speakeasy  clubs… It’s a list that could never end. It would take at least a book. After all, New York is, undoubtedly, also a literary genre. 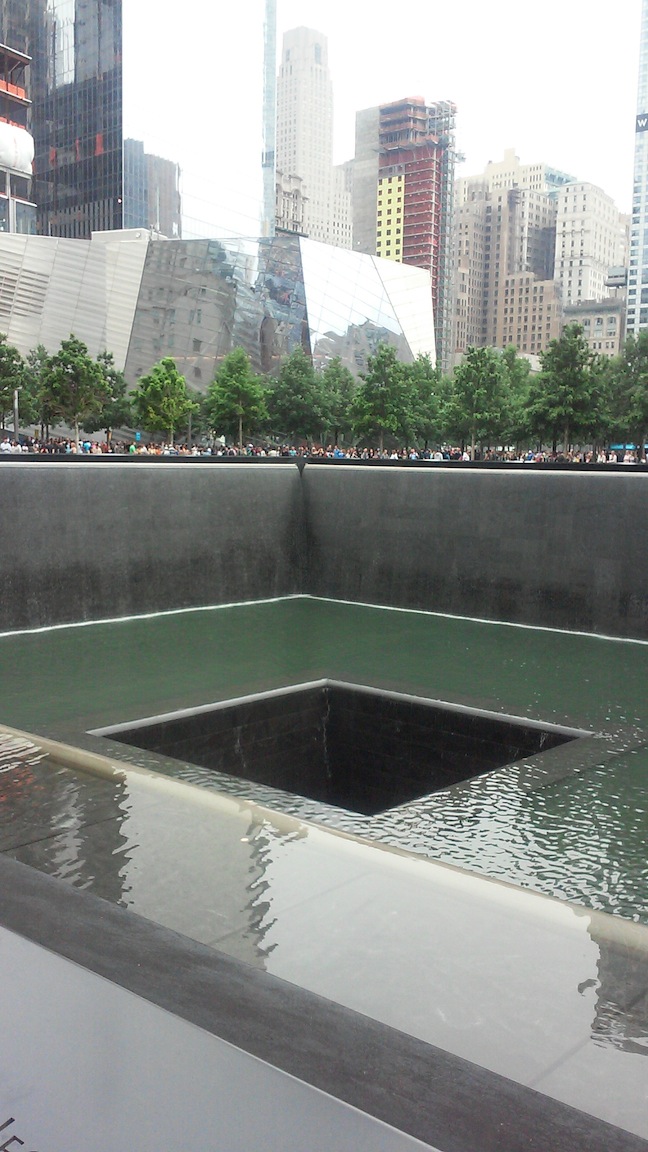 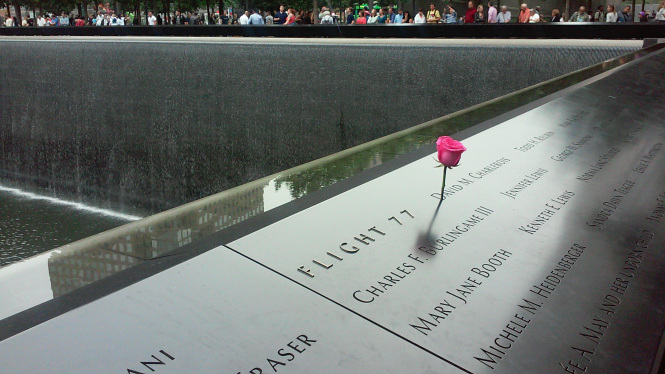 And then comes the time to go to Ground Zero . Not immediately, not as soon as you arrive in NYC. When someone starts to ask you, “How long have you been a New Yorker for?”ÔÇòthat is to say they recognize you have become an active particle of GothamÔÇòthen it’s time to visit Ground Zero. It is time to find your way among the trees of a square that is welcoming like  many others, among the noisy crowd. You instantly notice that so many visitors are Americans, not the usual European and Asian tourists. Then, suddenly, the silence, the space, the emptiness. The so-called pools: this is a completely inadequate word to describe the two holes set within the footprints of the Twin Towers. It is a choice of formal and symbolic sobriety which is excruciating in its effectiveness: two wells so huge and deep that it’s impossible to see their bottoms at the centre, where the water ceaselessly fallsÔÇòthe water that seems to start from the names of the victims of the attack, engraved along the entire perimeter. The water seems to be taking all the names, all the victims, and carrying them to the center to a bottomless and lightless hole.

You can keep reflecting upon 9/11 by visiting the Museum nearby. You physically go one, two floors underground, looking at the almost melted metal remains of the Towers, which have been transfigured into objects that incongruously make you think of contemporary sculptures. You follow the reconstruction, told in an itinerary that is progressively claustrophobic and distressing, which causes an unbearable empathy with the victims of the attack. You feel the need to go up, to get out, to breathe—while you keep on thinking about all the people who couldn’t run away and feel that same relief at the end.

Then you have to go back and look at New York from above, where it gives its best; you have to go to the top of the Empire State Building or Rockfeller Center, or to a rooftop bar, and just let your eyes run free over  the immensity of this astonishing city.

When you arrive in NY you don’t know, you can’t imagine what you are going to call home: that corner of the 85th str. and 5th av. when you begin to see the Met behind the sign Museum mile, the Frick Collection, all the Met itself, the Boccioni and Picasso’s Demoiselles d’Avignon halls at MoMA, that beautiful house on the 95th you see every time you get off the subway to go home, the Chrysler building from the Lexington and the 42nd , the Flat Iron building, the balcony of the Carnegie Hall Stern Auditorium, the buses going downtown on the Lexington, the Strand in your most intense lonely evenings, the NYPL archives, the playgrounds where children and teenagers play basketball…And all the people you met by chance on the subway and buses, in the streets, everywhere: strangers who talked to you and helped you, the incredibly warm people of NYC.