Visiting New York means finding a trove of American Art from George Washington and the Revolutionary era to the 20th century street art of Jean Michel Basquiat. Here is an itinerary that will help to discover American identity through its art starting from Manhattan and getting to the museums of the outer boroughs of Queens and Brooklyn / Leggi in italiano

Whether you are in New York for few days or for several months (or even for ever), you inevitably feel overwhelmed by the unparalleled density and variety of the cultural offerings of this proverbially cosmopolitan metropolis. Its great museums display masterpieces by artists of diverse periods and origins. But in addition to its cosmopolitan character NYC represents also a remarkable opportunity to discover American Art: and this can be, in itself, a truly engaging explor ation.

The first destination is undoubtedly the American Wing of the Metropolitan Museum, an amazing collection of artworks, objects and images ranging chronologically from the colonial period to the 1920s. Here there are several so-called period rooms, reconstructions of authentic settings that give an accurate insight into the American lifestyle in various periods and geographical areas, alongside a huge decorative arts section. Among these interior spaces, it's worth to highlight the reception room designed by Frank Lloyd Wright for a residence near Minneapolis, in 1912-1914. 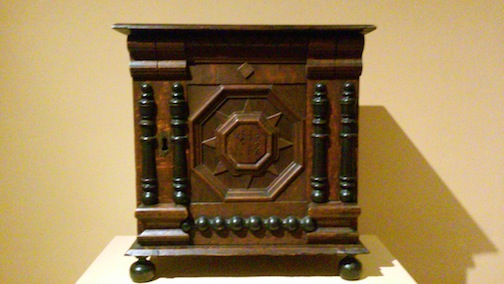 Some artifacts are truly moving, like a cabinet from Salem dating back to 1679: in fact some objects, in their humble utility (beyond their aesthetic quality) have the power to take us into the everyday life of faraway generations in a very vivid way, evoking a historical context, an ambience otherwise unimaginable. It’s the great documentary power specifically pertaining to material objects, images and shapes – as important scholars such as George Kubler, Aby Warburg and Carlo Ginzburg have eloquently explained.

In this wing of the museum we can also find the unexpected Panoramic View of the Palace and Gardens of Versailles a circular panoramic view painted in 1818-1819 by the American artist John Vanderlyn, who used to show it when touring across the US. 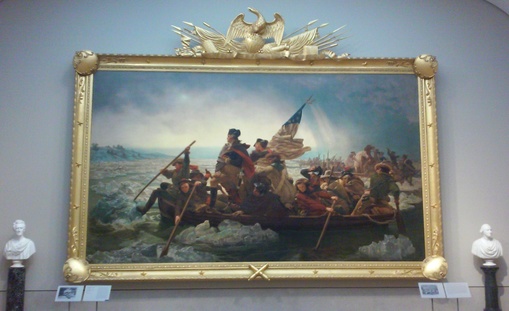 The American Wing of the Met is also home to the celebrated historical painting "Washington Crossing the Delaware", that true icon of American identity by Emanuel Leutze. The painting depicts one of the fundamental moments of the Revolution: George Washington's crossing of the Delaware river on Christmas Day in 1776, leading his men to Trenton where a victorious battle was to take place. The myth of George Washington is commemorated throughout many American museums in innumerable portraits and pictures that immortalize different episodes of his life in peace and at war.

The American Wing, one of the most visited sections of the Met, is immense. Together with the halls of the paintings, there is also a light-filled Sculpture Court and the Henry Luce Center for the Study of American Art which is a vast visible-storage facility. The sculptures representing subjects of the American West, both in monumental and in small sizes (the bronze statuettes) are peculiar and extremely interesting. 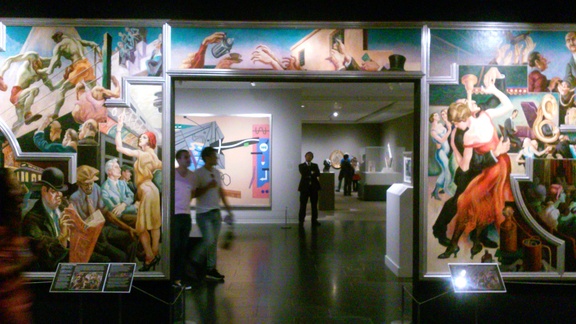 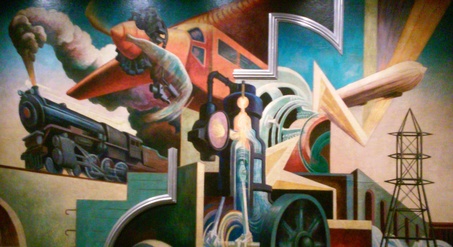 A Festival of Painting

And the Wing is a genuine festival of painting that includes the tremendous portraits by Sargent e Whistler, the Hudson River School, Homer, Eakins, the American Impressionists, a section dedicated to the Images of Women, the affirmation of a national identity through the landscapes, the deeds of the Civil War, the peculiarity of American lifestyle from the colonies to the young Republic, to the late 19th Century.

Moving on to the Modern and Contemporary Art section (that hosts works by American artists from after 1920s also) to see the grand mural by Thomas Art Benton America Today, that was the subject of a monographic exhibition during the last months. Created in 1930-31 by the artist who was Jackson Pollock’s teacher (and Pollock posed for this work), the mural offers an epic narration of U.S. history during the 20s, in ten canvas panels designed to completely cover a room of the New School for Social Research in Greenwich Village, and is a remarkable reflection on progress, development and modernity during this critical, tragic period.

In the MoMA permanent collection as well there are many artworks by American contemporary artists (several splendid paintings by Pollock, for instance).

Art in the Meatpacking District 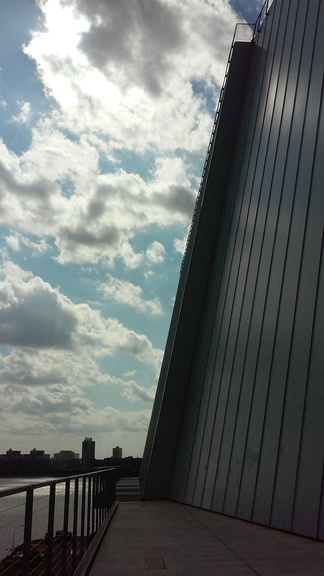 The exterior of the new Whitney Museum in the Meatpacking District

Going South, the Whitney Museum of American Art is the most important institution exclusively dedicated to contemporary American art, from the 20th century to the present, with a special interest for living artists. Founded in Greenwich Village by Gertrude Vanderbilt Whitney in 1931, it reopened last May inaugurating the new building designed by Renzo Piano in the Meatpacking District, between the High Line and the Hudson River. Visitors will be able to find works by Hopper, Pollock, Georgia O’Keefe, Hart Benton, Lawrence, Marsden Hartley, Segal, Joseph Stella, Demuth, Sheeler, Ben Shahn (his famous Sacco e Vanzetti), Rothko, De Kooning, Warhol, Basquiat, Jasper Johns, Roy Lichtenstein, the Circus by Calder… and many others. 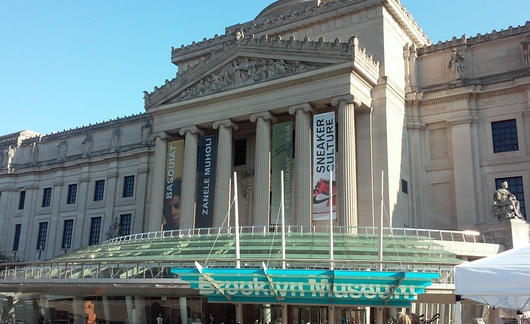 Unfortunately, the American art collection of the Brooklyn Museum is not so well-known as it deserves; the Brooklyn Museum is a very lively institution, that in New York comes only after the Met in terms of the richness of its patrimony. In a sense, this collection can be considered a twin of the Met American Wing. Landscapes, portraits through the ages, images of modernity and decorative art are on display with a focus on the construction of America’s multiple identities.
In the last months the museum paid a tribute to Jean Michel Basquiat, an artist born in Brooklyn and particularly loved here, with an exhibition focused on his notebooks: Basquiat: The Unknown Notebooks.

For the American culture and the history of New York City, an essential place to visit is the Queens Museum, which is situated in the New York City Pavilion, built for the 1939 New York World’s Fair, then headquarters of the United Nations from 1947 to 1952 and later reused for the 1964 World’s Fair, inside Corona Park. In addition to temporary exhibitions, it keeps many memorabilia from the two Fairs and the big Panorama of the City of New York, conceived by the terrific mastermind Robert Moses and created in 1964 to proudly document the transformations and the urban growth of New York City, in which Moses had a central role.

At the Queens Museum we can see as well the Neustadt Collection of Tiffany Glass, particularly interesting since together with a series of magnificent floral lamps, windows and other objects, it includes a one-of-a-kind archive of glasses and other materials leftover from Tiffany’s studios and workshops in Queens, located just near Corona (together with some glass furnaces and a bronze foundry), when they closed in the late 1930s.