Commemorating the centenary of Frank Sinatra's birth, Hofstra University is organizing a six-days conference on the legendary crooner and on his ambivalent relationship with Italy and with Italian-American culture reflecting on a very common aspect of the immigrant experience then and now / Leggi in italiano

Surely growing up in Hoboken as the son of immigrants in the early twentieth century, Sinatra was exposed to the tradition of Italian bel canto and lirica. New technology made the work of Enrico Caruso and others almost ubiquitous in Italian American communities. And listening to his famous phrasing, one must conclude that Sinatra had spent much time listening to this tradition. But unlike the other crooners such as Dean Martin (Dino Crocetti) and Jimmy Roselli, considering his tremendous body of work, Sinatra rarely sang in Italian. Instead, on stage and in the studio, he carefully scrubbed his singing of an Italian, Italian American or Hoboken accents, cultivating a cool Cole Porter lexicon. (At the bar, saloon and casino though, Sinatra paradoxically adopted the Hoboken tough-guy image that often got him in trouble with authorities, hecklers, and gossip columnists.)

Although he visited and sang in Italy and was awarded the Italian American “Man of the Year” award by Italy’s ambassador in 1958, Sinatra seems to have exhibited the complicated relationship shared by many children of immigrants: having to both embrace the mother culture while distancing themselves from it to become fully “American.” For example: in a bootleg audio of Martin and Sinatra singing “Glad That We’re Italian,” the song is treated more as a joke than a serious statement of ethnic affiliation.

Perhaps all immigrants feel that in some sense they have “betrayed” the Patria, simply by leaving for other shores. There are two coping mechanism in response: either a sentimental nostalgia or a clean break and fervent embrace of the new culture. Had the emigrants failed the Patria or had the Patria failed her sons and daughters?

Father Anthony Martin Sinatra had emigrated from Sicily. He was a saloonkeeper and the bar was called “Marty O’Brien’s” to draw in Irish customers. It was also the name under which Sinatra’s father attempted a career in the boxing ring. An only child and a sharp dresser on the insistence of his Genova-born mother Dolly, Sinatra was known on the streets of Hoboken as “Slacksie O’Brien.” We can only speculate how this may have cross-wired his first associations with Italian and Italian American culture. We do know (on read in Pete Hamill’s book Why Sinatra Matters) that when signed by Harry James, the orchestra leader suggested he change his name to “Frankie Satin.” Sinatra refused. The episode caused Sinatra to reflect on the bitter struggle of maintaining an ethnic identity in the face of crushing pressure from American popular culture and the inexorable dictates of the marketplace.

The historical, ethnographic and sociological studies – as well as many memoirs, diaries and autobiographies – are very clear. The immigrant experience is marked by the “double bind”: the necessity to maintain the old tradition while being constantly reminded and exhorted to “be American.”

Even in the field of politics Sinatra was emblematic of the trajectory of Italian Americans. His mother Dolly was a powerbroker in the Democratic wards of Hoboken and Sinatra broke with the tradition that entertainers didn’t enter the terrain of politics by endorsing first Franklin D. Roosevelt and then John F. Kennedy. Robert Kennedy’s very public snub of Sinatra – after the singer had worked tirelessly on JFK’s campaign and inaugural ball – is often cited as the reason for Sinatra’s rightward shift, all the way to Spiro Agnew, Richard Nixon and, late in life, Ronald Reagan. But Sinatra was also following the majority of Italian Americans as they made their way from various "Little Italies", the working class, factories and trade unions and the Democratic Party to the middle class, white suburbia and the Republican Party.

In so many ways, Sinatra both confirmed and contradicted the most common stereotypes about Italian Americans in the twentieth century.

These issues – and many more – will be explored in an ambitious conference at Hofstra University this month to commemorate the centenary of Frank Sinatra’s birth. Of course there is much more to discover – above all the music, the marvelous and oftentimes miraculous music that was the soundtrack for much of twentieth-century American culture.

Exactly 17 years ago, Hofstra made history with a three-day conference honoring the “Chairman of the Board,” who had passed away earlier in 1998. Out of that conference, two books were published: Frank Sinatra: History, Identity and Italian American Culture (a cura di Stanislao Pugliese) and Frank Sinatra: The Man, The Music, The Legend (a cura di Jeanne Fuchs and Ruth Prigozy. This current conference at Hofstra revisits a man whose presence continues to loom large in the American imagination and popular culture.

All events in this Sinatra series are free and open to the public, with the exception of the Sunday, November 22, Peter B. Clark Memorial Scholarship Fund Concert. Due to space limitations, advance registration is required. Visit the Hofstra Cultural Center website or call 516-463-5669 for more information, including program locations.

Many featured events are preceded by The Sinatra Future, Hofstra vocal students performing selections from The Great American Songbook.

Sinatra was a champion of civil rights and a staunch supporter of Israel. A roundtable, “Racism, Civil Rights and Israel,” features Greg Dunmore, founding member of the National Association of Black Journalists; Shalom L. Goldman, professor of religion from Middlebury College, and Stanislao Pugliese, professor of history and the Queensboro UNICO Distinguished Professor of Italian American Studies. Also on the program is a screening of 1945’s The House I Live In, a 10-minute short opposing anti-Semitism, directed by Mervyn LeRoy and starring Sinatra. The film received an Honorary Academy Award in 1946.

“Lessons Learned From Sinatra” is a lecture and master class with longtime radio personality Mark Simone. Simone hosted numerous PBS specials on Sinatra and a long-running show on Sinatra for ABC Radio.

Will Friedwald, music critic and author of Sinatra! The Song Is You: A Singer’s Art, presents “Sinatra: The Television Factor,” with an introduction by Robert Foster, executive director of the Hoboken Historical Museum.

Sit in on an open rehearsal and master class with jazz legend Bucky Pizzarelli, guitar, who played and toured with Sinatra. Pizzarelli is serving as Hofstra’s D’Addario Foundation Visiting Artist for this series.

The Peter B. Clark Memorial Scholarship Fund Concert features guest artist Bucky Pizzarelli, as well as the talents of the Hofstra Jazz Ensemble and the Hofstra Vocal Jazz Quartet and Singers. This performance takes place at The Helene Fortunoff Theater. Tickets are $10, $8 for senior citizens (over 65) or non-Hofstra students with ID. Tickets are available at the Hofstra Box Office or at Hofstratickets.com. 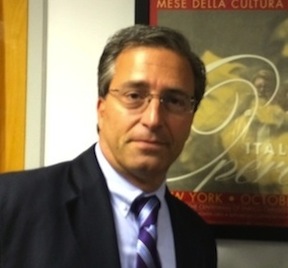