A dinner in a charming French restaurant was the occasion to discover the wines of the region of Quincy, in the Loire Valley. The small wineries and young winemakers of the region have often been able to be more agile and forward thinking than bigger companies. / Leggi in italiano

I never stop discovering new things in New York City, especially with regards to food and wine. I had known about Quincy wines but I never knew the high quality potential of these wines until recently. I had a chance to discover the range of quality of these wines while eating and drinking 12 Quincy wines at a fun French restaurant on West 29th street between 7th and 8th avenues called OCabanon Cave à Manger. 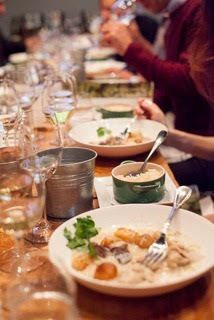 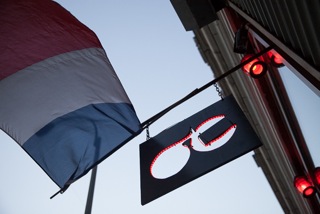 The restaurant that night was a perfect setting to discover the beauty of these wines. Besides it being a charming, friendly place with tasty food, Chef Michael Faure is originally from the Loire Valley area. Most of the dishes are 'promoted' as being from the South of France but the Chef has some dishes that were inspired by his grandmother's cooking from his childhood in the Loire Valley, and so the food helped to express different dimensions of the wines.

A great example was the Veal Blanquette (Veal Stew in a White Wine Sauce) that illustrated that the Quincy premium wines could be paired well with a heavier dish by adding a crisp zing of acidity that was much needed with a fatty entrée.

Eating and Drinking with a Master Sommelier

I sat next to Pascaline Lepeletier, who is not only a Master Sommelier in New York City, but she is also a native of the Loire Valley. She has been the champion for Loire wines for years, and most importantly, she has sung the praises of smaller producers in lesser known areas, such as Quincy.

It was a wonderful opportunity to get a perspective from a Master that knew the region probably better than anyone else in the wine trade in New York. She expressed her love for the smaller tucked away places in the Loire, not only because they were sweet little towns that were untouched by large corporations, but because, in some instances, they were able to be more agile and forward thinking due to their small size. Quincy was a great example with not only initiatives such as the installation of a new generation of anti-frost towers to protect the vineyards but also there is more experimentation in the wineries. In part this is due to 17 out of the 33 winemakers in the area are under the age of 40 – about 50%.

The Best Discovery of the Night 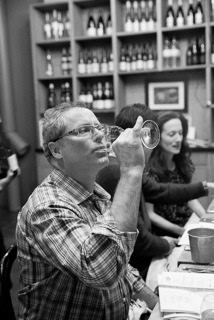 The best discovery came from my conversation with Albin Roux who sat on the other side of me during dinner. He was not only there to represent Quincy but also his family's winery Domaine Roux. His father, Jean-Claude Roux, has been an important part of raising the quality of the region. Albin talked about how excited he was to introduce his older child, a ten year old boy, to tasting wine like a winemaker (spitting out the samples), and learning how to analyze a wine as a producer. It was revealed later that he adopted his son as his step-father and what a great experience it has been to not only have a wonderful wife but also a great son to teach.

In that instance I was transported back to when my step-father taught me how to ride a bike for the first time, and I understood how special that relationship could be. Many people come into your life, and some who you thought would never have that much of an impact end up being the ones who leave you with the fondest memories.

That is always the power of New York City – an opportunity to discover that even though we are from different cultures, we have a lot more in common than we might think.

2014 Domaine de Villalin, Quincy, Loire Valley, France ($14): The 2014 vintage was a great one for Quincy – much better than the 2013 which was evident that night in comparing them side by side. This wine had great precision with pure citrus flavors, a touch of thyme and the laser acidity is balanced by good weight on the palate.

2014 Domaine Mardon "Cuvée Très Vieilles Vignes", Quincy, Loire Valley, France ($20): One of the amazing things about Quincy is the jump in quality for only a few dollars more. A smoky minerality with rich peach flavors that are produced by very old vines (Très Vieilles Vignes) and a long refined aromatic finish.

1971 Borgogno, Barolo, Piedmont, Italy ($160): Obviously not from Quincy, a friend of mine was nice enough to share this spectacular wine from his cellar at a recent dinner. I am a great fan of the more traditional style of Barolo – this '71 had only a touch of grip with a light body but powerful nose that had layers of floral, black cherry and worn leather notes. An incredible example of how some Barolo wines make great old bones.