The story of the novella by Saint-Exupéry intertwines with the life of the little girl who is the protagonist of the new movie directed by Mark Osborne, in theaters starting January 1st. We interviewed the director, known to the public for Kung Fu Panda. / Leggi in italiano

The Little Prince  comes to the big screen in an adaptation of the book by Antoine de Saint-Exupéry directed by Mark Osborne. Known to the public for successful animation movies such as Kung Fu Panda, Osborne draws on this popular story to talk about friendship, love, loss, and regaining of innocence.

A little girl moves with her mother in a new neighborhood where she makes friends with the old eccentric aviator who lives next door. In the pages of the diary of the elderly explorer, she discovers traces of the little prince, an enigmatic child who arrived from another planet and whom the aviator have met years before. The little girl and the pilot will embark on an adventure through which they will reconnect with their childhood.

The movie was released in theaters on January 1st  and a few days before, we interviewed the director. He told us about his artistic choices and techniques in his latest film and about his relationship with the character in the book and with childhood. 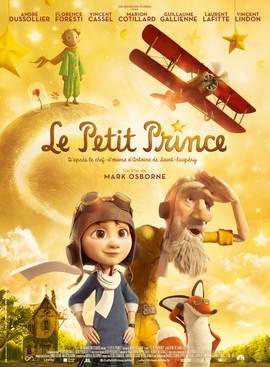 What made you bring Le Petit Prince to the screen and what makes this story so eternal?

“Like many people, I love the book very much. I feel that it has an incredible power and presence in our world and in our lives. I felt there was an incredible opportunity to celebrate the story and how it has had such a tremendous effect on our lives. I think Saint-Exupéry was writing about all the important aspects of what makes us human and what connects us all: the nature of childhood, growing up, imagination, friendship, love, solitude, coping with loss, and maintaining the bonds that we share with our loved ones”.

What is your first or most meaningful memory related to the book?

“I was given the book more than 25 years ago, by my girlfriend in college. Our relationship was strong, but I was moving to California to study animation and I didn’t want to leave her. She gave me her copy of the book to keep us together, to keep us close, and it did. We are now married with two children.”

What’s the guiding thread of the movie? How did you pick the parts of the book you wanted to show and how did you choose to leave out other chapters?

“Any adaptation of a great written work must make some choices about how to best feature the soul of the material. I decided that the movie I wanted to make was really about the power of the book, and not so much a straight depiction of every word on every page. I wanted to show how the book can get inside of us, and affect us, and change the course of our lives. To do this, I created a very significant relationship that develops around the sharing of the book. Since we all have our own experience of the book, I wanted our main character to also have her own singular interpretation of the book. So the parts of the book we feature in the film are the parts that speak to her and are deeply meaningful in her life. She gravitates towards the parts of the story that are the lessons in her life that she needs the most to learn. As filmmakers, we chose only the aspects of the book that were meaningful to her, and were going to help us tell her singular story.”

What was your biggest challenge in bringing this classic to the screen and what was the biggest reward?

“The biggest challenge was in trying to make the film something that people who love the book would love just as much as people who have never read it. It needed to work in both ways. And it also needs to stand alone as a movie. If it didn’t, we would have failed in the task of creating a cinematic experience inspired by the original work. And the biggest reward has been found in the tears of the audience. My greatest wish for the movie was for it to be the emotional equivalent to that of reading the book. Every time someone sheds a tear over the movie, I know that this wish is coming true.”

Some of the animation movies we’ve recently seen, like The Little Prince or Inside out, seem to address a very wide audience; do you have a specific target in mind when you think of a movie project?

“When I am telling a story, I try not to aim at a certain age group. I am trying to make something entertaining on many levels, something that is emotionally honest and relevant, but most of all I am looking to create a shared human experience that can be felt no matter what age you are. Like the book, I hope the film resonates to all ages, and can be something that means something different to us every time we experience it.” 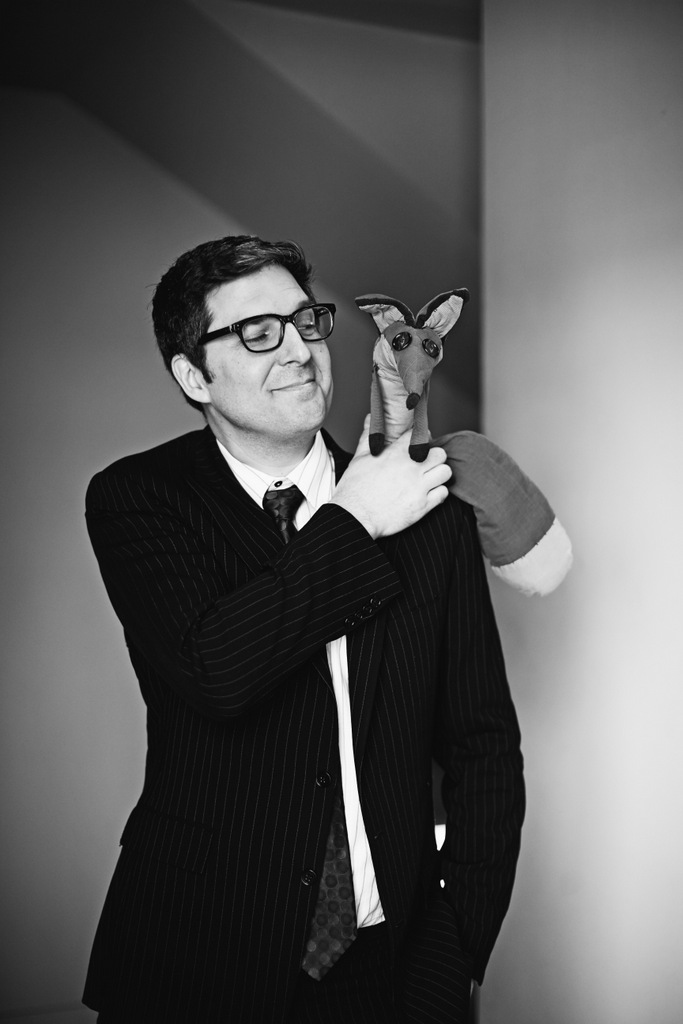 Can you tell us more about the two different animation techniques you used to tell the story?

“I wanted to use a combination of animation techniques to best help me tell the story. I love the different emotional values and expressionistic effects that different mediums can create in the viewer. I believed that CG animation would be the best way to bring the very grown-up “reality” of the real world to life, while intricately crafted hand-made stop-motion animation was going to be the best way to represent the very artistic and delicate nature of the imagination of the Little Girl as she brings the original story to life in her mind’s eye. I hoped that two very different techniques could help both delineate and celebrate the different universes that we were going to need to explore thoroughly. This would also allow me to make a commentary about the difference between being an adult and a child.”

Why do you think the Prince leaves his rose?

“ Well, there are many interpretations, and I know for certain, after studying this part of the book very carefully, that there is no real clear reason given. It is open to interpretation, and so mine is based on my own experience. I believe that the Little Prince leaves his rose to gain experience about the rest of the world outside, and because he doesn’t completely understand the nature of her and their relationship together. As we say in the movie, 'He doesn’t realize it at the time, but his journey is a first step on his way back to her'”.

What does “the essential is invisible to the eyes” mean to you?

“Everyone has their own special way to see this amazing quote, and I wouldn’t want to take that away from anyone. To me, this idea gets to the heart of love. When we hold someone dear to us, they can be with us always, even if not in a physical form. True love transcends everything.

When do you think childhood ends?

“Well, I do think it ends when we stop remembering. If we forget our childhood, then it is gone. If we remember it and keep it close, then it will never leave us. I like to think of the Old Aviator as a big little kid, embodying the spirit of the Little Prince and spreading the message that he shared.”

You named the school of the movie  Werth, like Saint-Exupéry’s friend, to whom the book was dedicated. Can you, please, tell us more about this not so well known figure? Why was Leon Werth so important to Saint-Exupéry?

“As I understand it, Leon Werth was a dear friend of Saint-Exupéry’s and like him he was a very depressed man because of the state of the world. Unlike Saint-Exupéry, he was stuck in France during the occupation in WWII, and he was cold, alone and hungry. This dedication was an attempt to remind him that hope was not lost. I also think this dedication is the strongest clue that the book is written to both grown-ups and the children inside us that might very well be forgotten. The idea to name the school after him was both a nod to this aspect of the book, but also a clever pun since Werth sounds like 'worth' and this is something of high value to the grown-up world where our story takes place”.

Watch the trailer of The Little Prince>>