The Slow Wine tasting showcased mainly native Italian grape varieties struggling to survive. But that doesn't mean they should overlook those remarkable examples of imported varieties that have benefited from the Italian spirit

Slow Wine Magazine is a publication by the Slow Food organization. Their aim is to “and promote small-scale winemakers who are using traditional techniques, working with respect for the environment and terroir, and safeguarding the incredible biodiversity of grape varieties that are part of Italy’s heritage.”

Every serious wine lover knows that Italy offers a multitude of different native grape varieties. It is one of the special aspects of their wine making culture. Many Italian wine producers feel that planting international varieties such as Cabernet Sauvignon and Merlot in Italian regions, such as Tuscany, takes away from their own great, native varieties, such as Sangiovese. But some of these Super Tuscan blends combining international and native varieties have become very popular, successful wines, especially here in New York City. Maybe its popularity is part of our love of diversity and the mixing of cultures.

A Matter of Adoptions

What about a 100% Merlot wine, for example? Can it truly be Italian and represent Italian heritage?

One producer at this tasting convinced me that it is possible. Conte Brandolini d’Adda Vistorta, from Venezia Giulia, had a signature wine that is called “Vistorta”, which is made from 100% Merlot. Over many years, I have tasted my share of mediocre Merlot, so I really wanted to taste only indigenous Italian grape varieties at this event, but I heard this was a special producer and so I tried all their wines.

Not only did I learn that this wine was a family affair with the father, Brandino Brandolini, leading the way for his three sons, but it came from a century-old vineyard of Merlot. In the 1980s, they placed major efforts into restoring these vines and employing more organic practices. Mediocre it was not!

I am happy to see many Italian wine producers actively trying to save many of their rare grape varieties that have been slowly disappearing, because once they are gone, they are gone forever. But I hope in their enthusiasm to promote what is indigenous they do not overlook those remarkable examples of an imported variety that has been given a much needed Italian upbringing.

And even though the Slow Wine tasting showcased mainly native Italian grape varieties, which there were many outstanding examples, in this one instance it showed how special Merlot can be with a little bit of Italian love and care. It is not so much about Italy needing to use Merlot, but that Merlot needs to be made in certain areas of Italy.

New York City would not be the same without its Italian influence. But we don’t always appreciate it in our frantic way of living, and so, we sometimes need to slow down, and be grateful for all that Italy has given us. I was certainly grateful that day.

2014 Cleto Chiarli Lambrusco Grasparossa di Castelvetro Vigneto Cialdini, Emilia-Romagna, Italy ($14): This is a perfect wine for Valentine’s Day or brunch. It was slightly sparkling (frizzante) red wine with raspberry and black cherry flavors which finishes dry. Cleto Chiarli has a good reputation as a serious Lambrusco producer, both sweet and dry styles, and their wines have converted many serious wine drinkers in New York City into Lambrusco lovers. 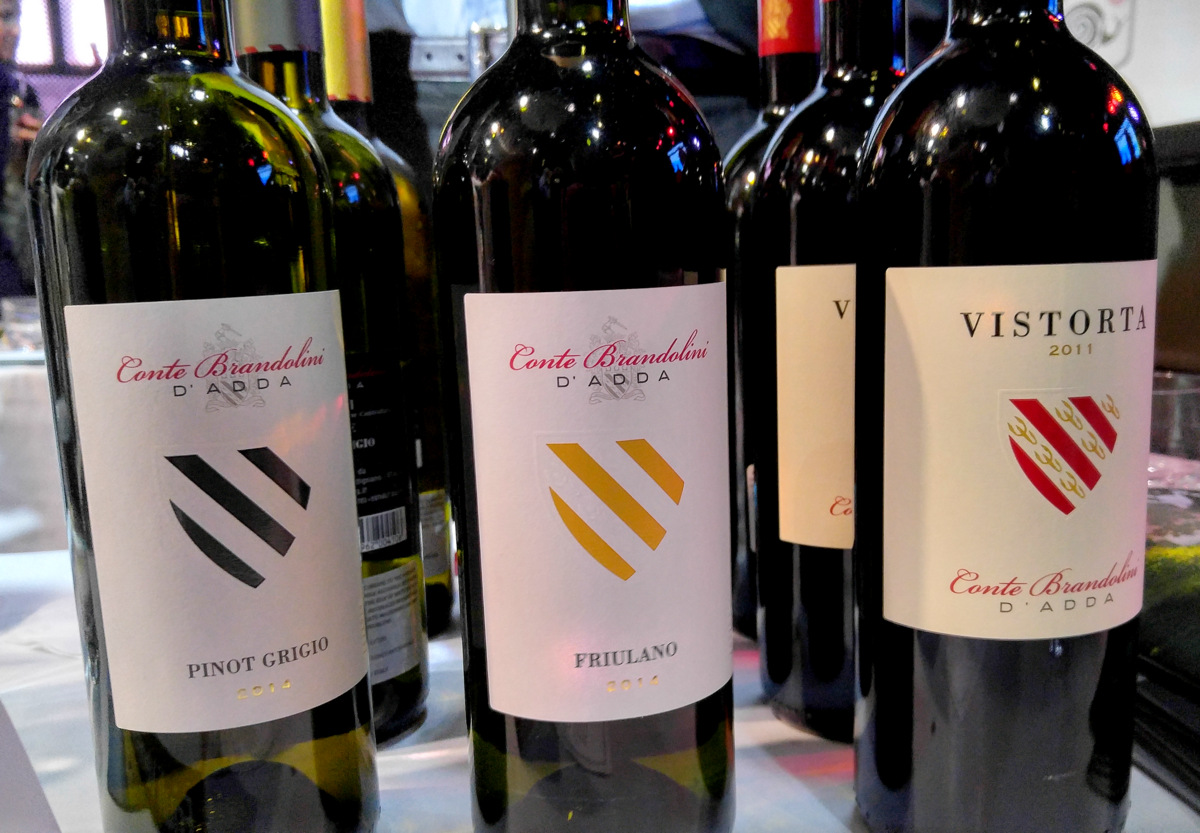 2011 Vistorta Conte Brandolini d’Adda “Vistorta” Friuli Grave, Friuli-Venezia Giulia, Italy (there is no retail price yet for 2011 but 2009 is listed for $35): This wine is 100% Merlot. I would urge even those who do not like Merlot to try this wine. It had supple tannins with a great freshness with a hint of mint and well-knit tannins that gave it an elegant structure. The nose had exhilarating aromas of violets and truffles with fresh blueberries on the palate. This wine is a great value considering the high quality.

2011 G.D. Vajra Barolo Bricco delle Viole, Piedmont, Italy ($75): 2011 was a very forward vintage for Barolo, meaning that the wines are already generous with lots of flavors and ripe tannins. This Vajra Bricco delle Viole had lots of complexity with a solid tannic and acidic structure that makes it built for long term aging unlike some of the other 2011 Barolo wines I had. This wine’s fine texture, juicy flavors and intoxicating aromas made it enjoyable to drink, but I would try to hold on to it at least for a couple more years, as it will only get better.