Leggi in italiano
Der Puff and Francesca Falchi are coming to New York to take part in the fifth edition of the Italian Theatre Festival In Scena! to narrate the true and forgotten stories of women who were interned and killed in concentration camps in Nazi Germany.

Studious of the Holocaust and deeply interested in women’s history, Francesca Falchi presents to the New York’s audience a different aspect of the horrors of WWII that is too often ignored. On stage in New York on May 10th and May 13th, Der Puff will talk about all the women that were interned in the concentration camps, putting a particular light on lesbians and the atrocities they had to suffer. We interviewed the actress, playwright and director Francesca Falchi to learn more about the show, those women, and how this show relates to today’s delicate situation.

I have been studying the Holocaust and writing shows about it since 2009. The first was “Il lupo e il cielo spinato – la favola near di Esther H.” – “The Wolf and the Barbed Sky – the Dark tale of Esther H.” – on the Jewish Dutch Etty Hillesum. The other two had the medical experiments on the Polish female students at Ravensbück as a theme – “Funny Rabbits – That’s all folks – and the children deportation – “Kindermültonne.” Thourgh “Def Puff” I talked one of the major strands tied to the Holocaust. I’ve always favored stories that are not well-known and that have women as main characters.

I think you can do it by making the shows tour around. The idea behind the festival is great, but it would be interesting if there would be an actual network that would host the shows in different cities, allowing in this way the actors to tour all over. It would be great even the creation of a set of residences in which Italian and American artists can spend a working period on a specific theme to show the personal creative path that the actors took and the results of that path.

Let’s say that this is the trip of all kinds of “first times:” the first time in the States, the first time in New York and the first time I take one of my shows to another continent. I am excited and scared: taking a show like “Der Puff” in one of the emblem-cities of the LGBTQ community is a big responsibility. Also because my voice will be a means for all the other voices that the Nazi Regime silenced and that, today like never before, need to remind the world to what happened.

Meetings, thoughts, different but complementary points of view, and, above all, I would like to be able to give life to creative synergies that create new shared project. I would like that this would be the first of many other times in New York.

You need to see this show because it narrates in an original way a part of history that is unknown to the majority; the deportation of lesbians by the Nazi definitely is not the History that is taught in school. I would like the audience to be curious to further investigate the topic. In “Der Puff,” I couldn’t tell the stories of all the women like I would have liked to. Those are strong and brave women that paid the freedom of being themselves with their life. They can’t be neither ignored nor forgotten. 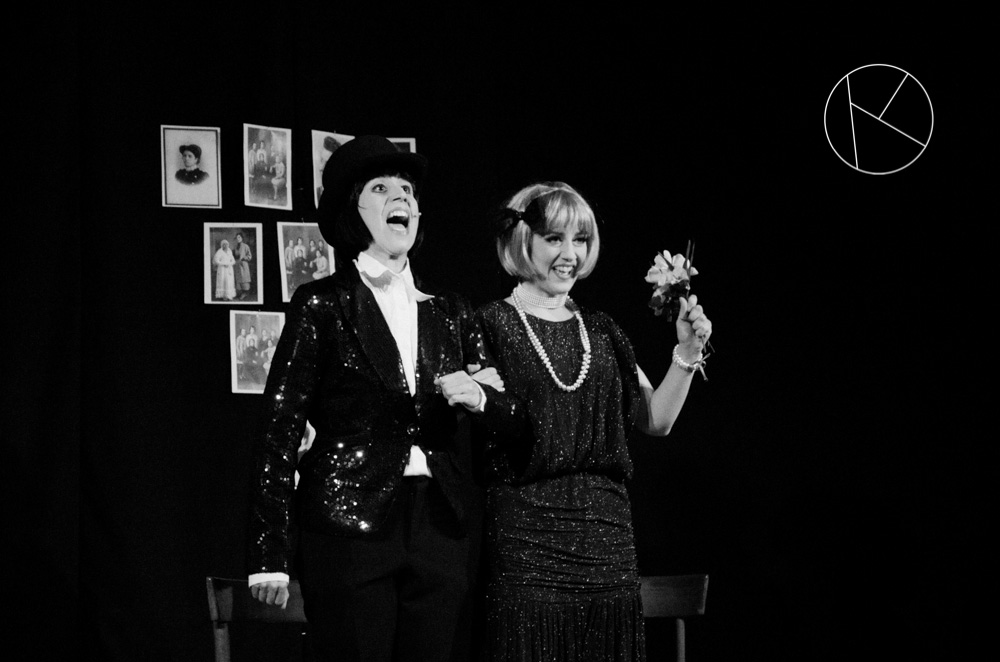 The show narrates the stories of real women under the Nazi Regime. How did you find the material and what research method did you follow to write the script of the show?

Writing my dregree thesis on compared literature – on Pierpaolo Pasolini, and it was published in both Italian and Spanish – allowed me to learn a systematic working method of collecting biographical and analytical material- For this show, I started from two different books: “Fuori dalla Norma” – Off the Charts – by Nerina Milletti and Luisa Passerini and “R/Esistenze lesbiche nell’Europa nazifascista” – Lesbian R/Existances in the Nazi-Fascist Europe – by Paola Guazzo, Ines Rieder and Vincenza Scudieri. From there it’s just about discovering, studying and then writing. From those specific studies other texts were born as well, among which “Vettorina nella città dei pezzi di ricambio” – Vettorina in the city of the replacement parts – which is the story of Vittorina Sambri, the first lesbian Italian woman to become a biker.

“Der Puff” brings to light an aspect of Nazism that people usually don’t talk about: the fight for survival and the discrimination against homosexual women. During the show preparation, which analogies did you see between the stories of that time and the historical period in which we are living today?

The show was born in 2011, during a period of time in which civil unions were a mirage, at least in Italy, and Radio Maria – the national Catholic Radio in Italy – railed against all homosexuals by saying that they were to be held accountable for all the wars in the world. Things are on the move but slowly and with difficulties. If we think about what’s happening in Chechnya, I would say that things are moving backwards instead of forward. It’s not about LGBTQ culture, but the general human culture. We are losing sight of the human beings and their amazing differences; difference, not similarities, completes us. I recognize myself in the other, because they are a missing piece not my mirror. Differences scare and distance people, while they should make them closer and unify them. We are part of a whole, are we?