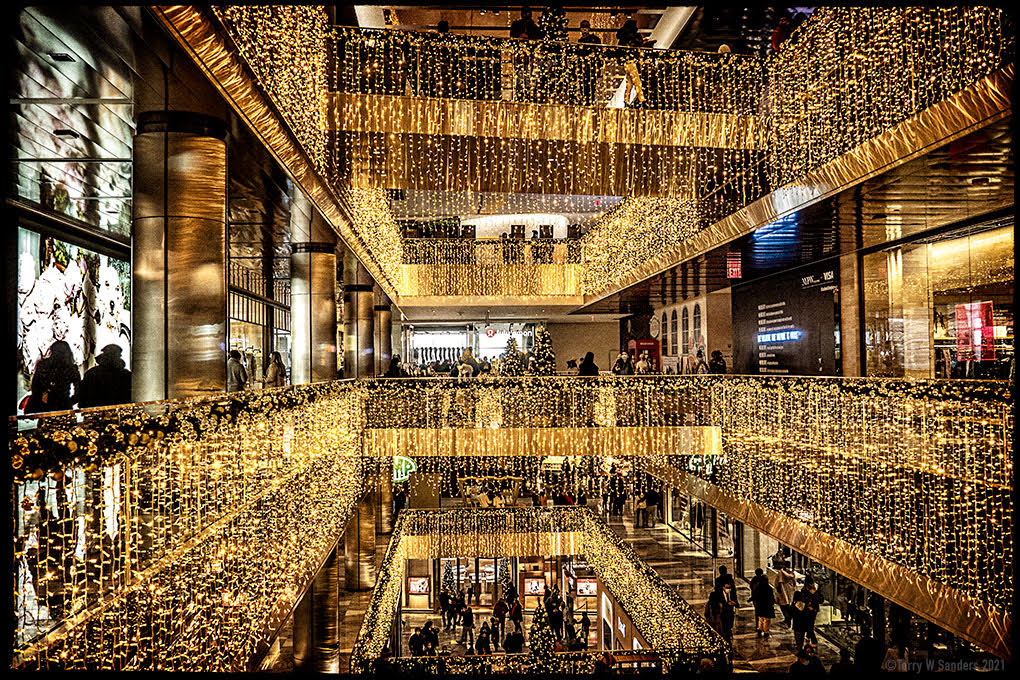 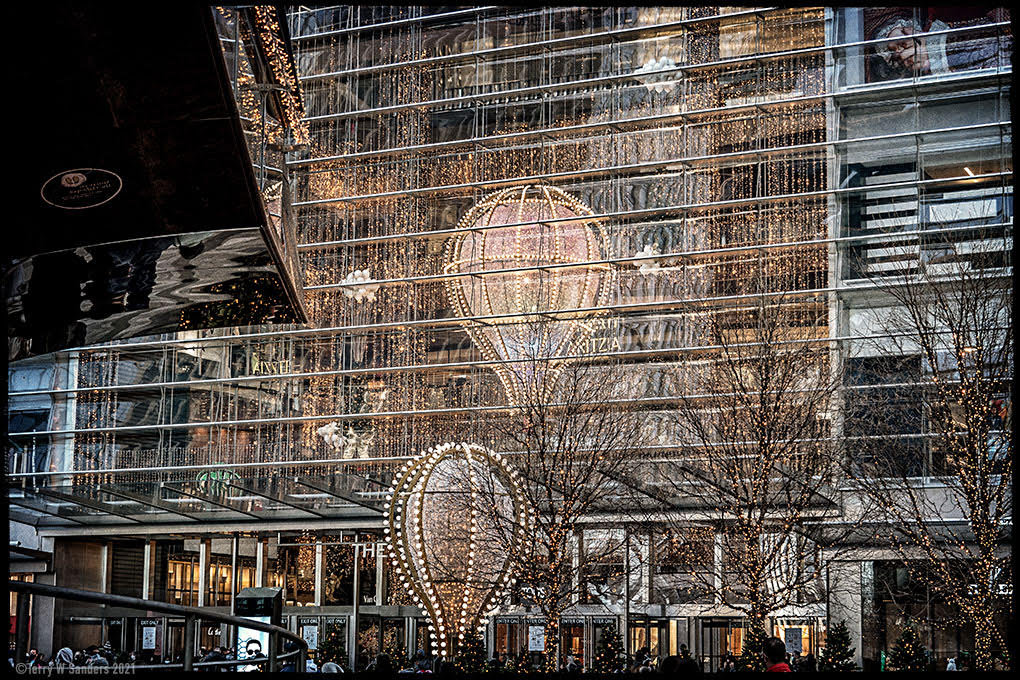 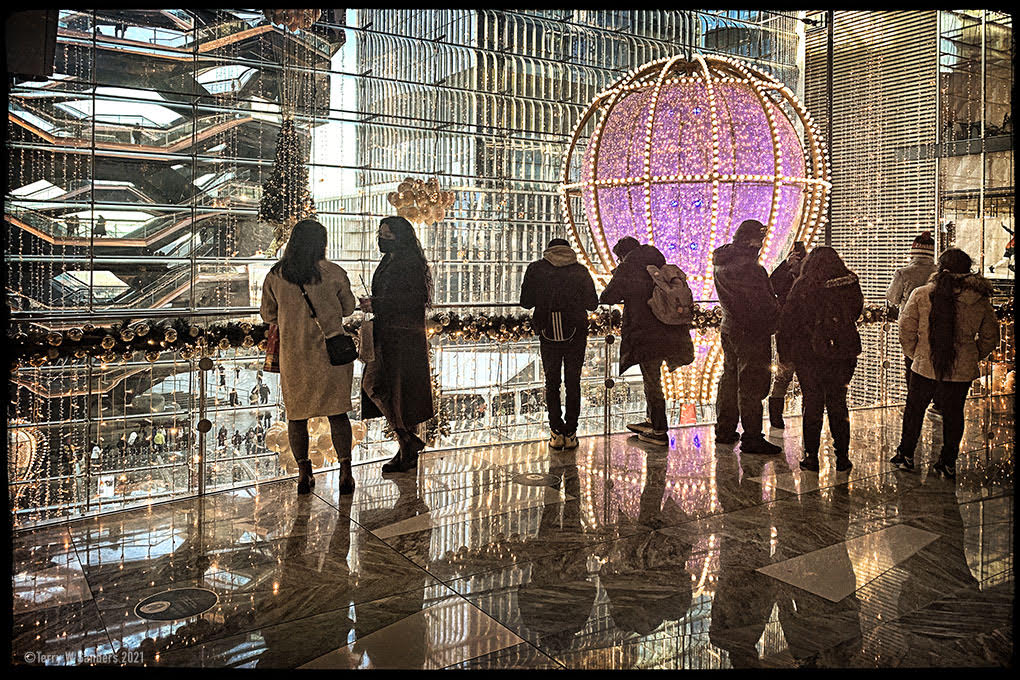 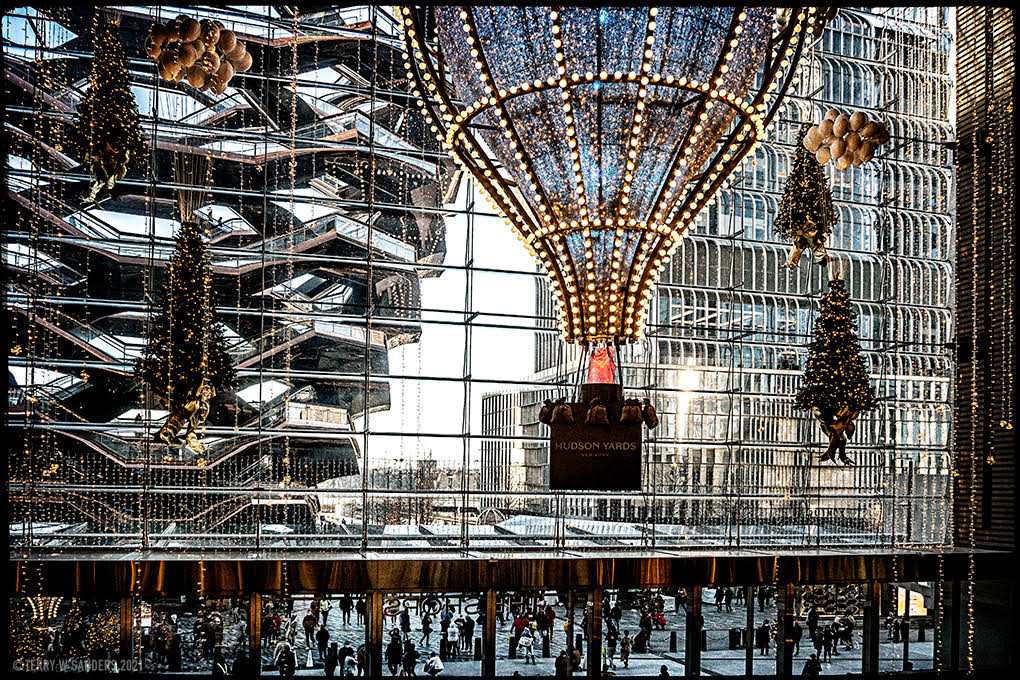 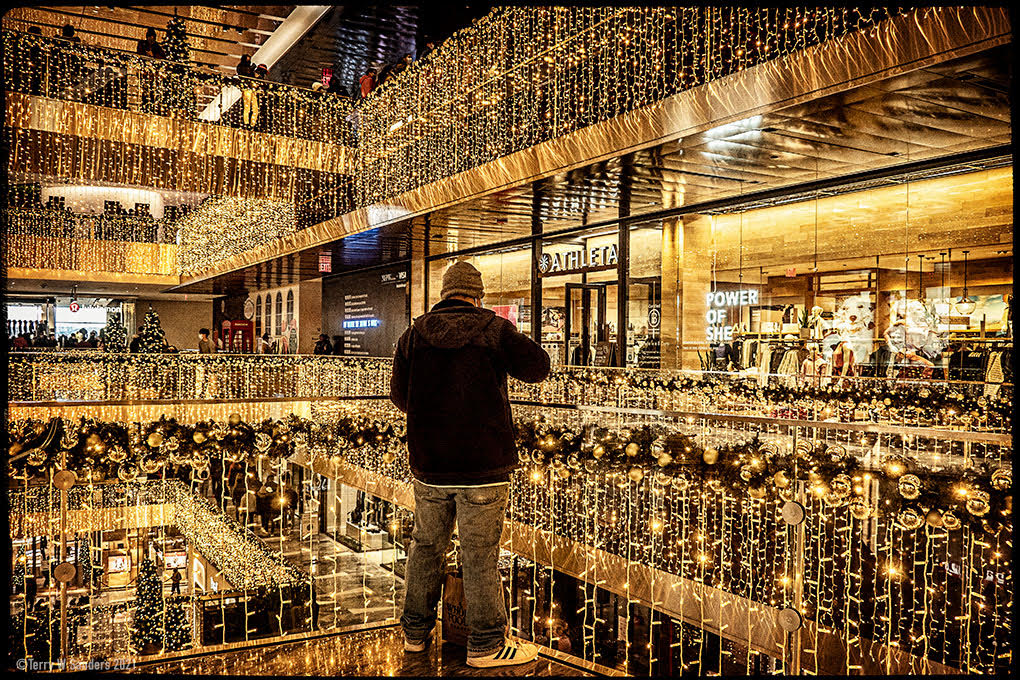 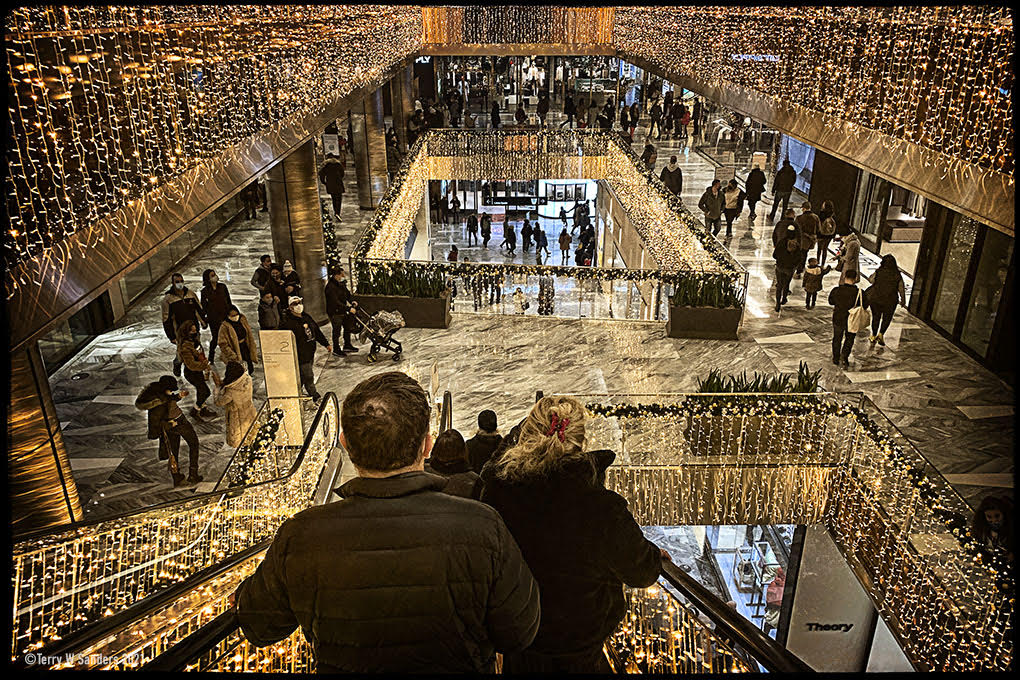 Yesterday, since the forecast was for some sun and a high temperature of  54ºF –a rarity for January in New York, I took the subway to Hudson Yards on 34th Street and 11th Ave. The plan was to explore a little, then visit the new addition to Penn Station, the Moynahan Train Hall, and continue the long walk home from there. In fact, today, the miserable rainy cold that usually defines January has returned, so my effort was well worthwhile.

What was expected at Hudson Yards was more of the struggling stores and restaurants. We’re not only still neck-deep in the pandemic but expecting what could be the worst wave yet. What I found instead, was an exhibit of excessive wealth that embodies the ‘two economies’ that exist in this and many other nations. One economy for people who work, or would work if they could, and the other economy of Wall Street and its billionaire families–including CEOs, bankers, hedge-fund managers, legitimate business people, celebrities, inherited wealth, as well as drug lords, scammers, traffickers, corrupt politicians, dictators, etc. The rest of us are simply tourists. Hudson Yards is a development conceived, designed, and built exclusively for the billionaire class and a few ‘poorer’ millionaire cousins.

It would make me laugh to hear right-wing declarations of a healthy economy based on the stock market were the consequences not so nakedly present and increasingly tragic. The pandemic has exaggerated all the tendencies that already existed. This display of unlimited wealth highlights it like nothing else I’ve seen here.