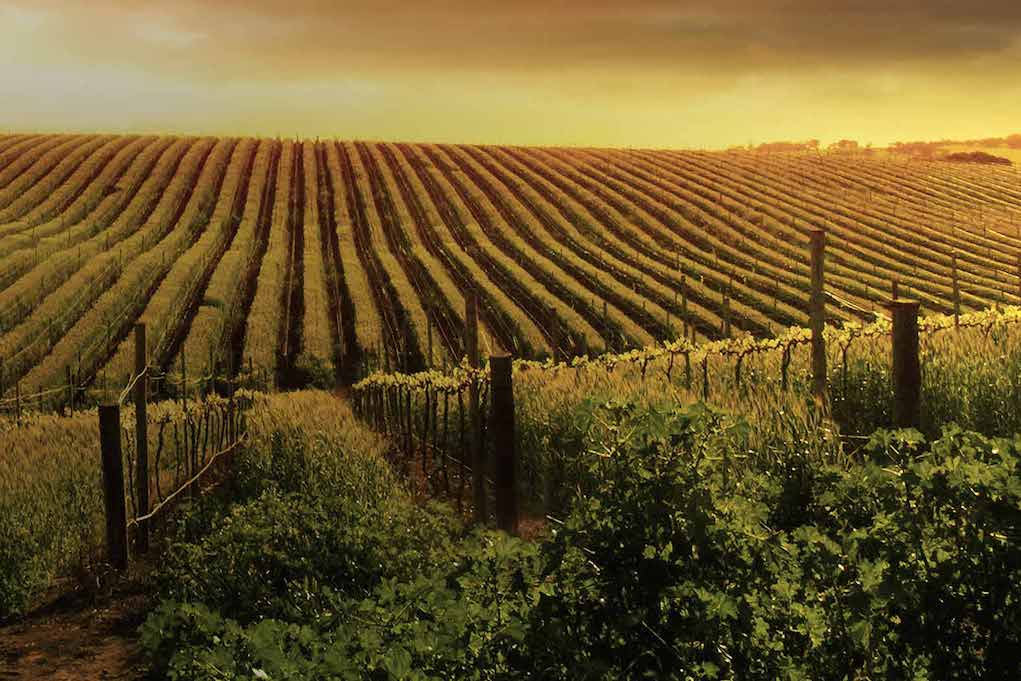 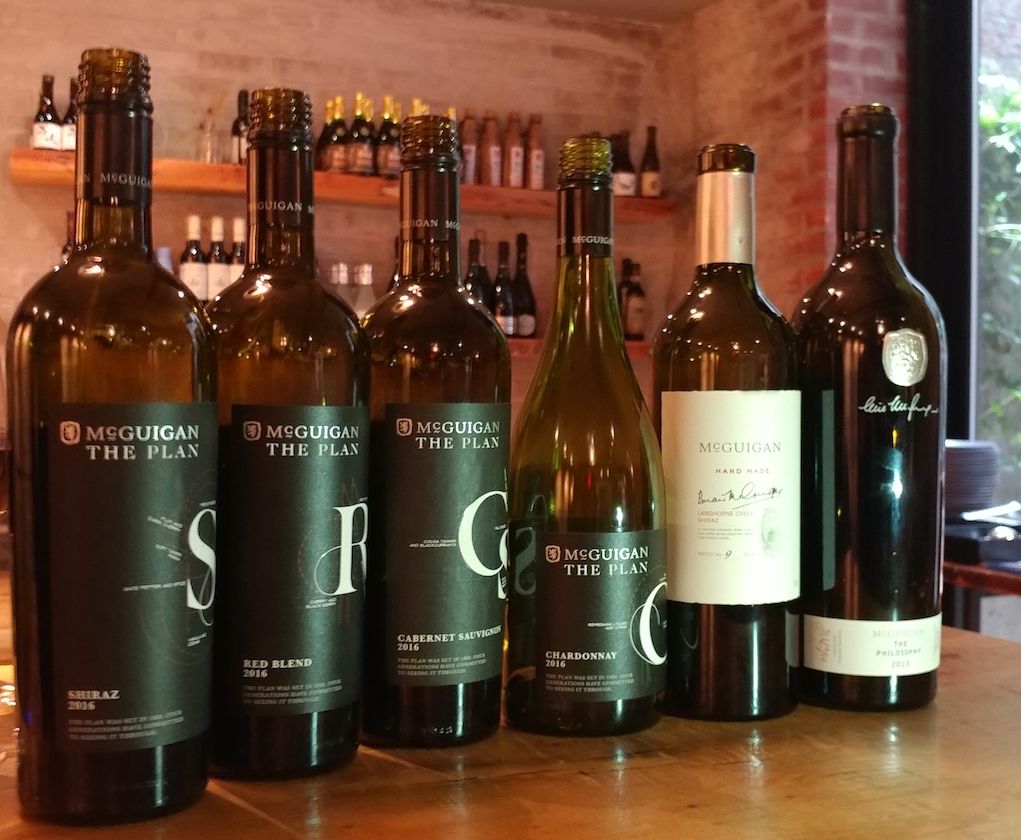 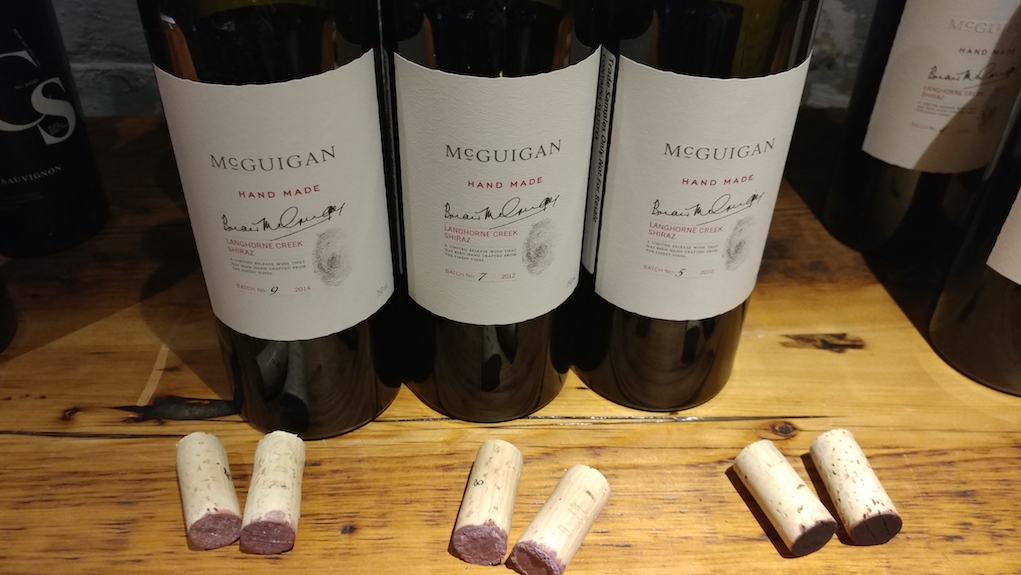 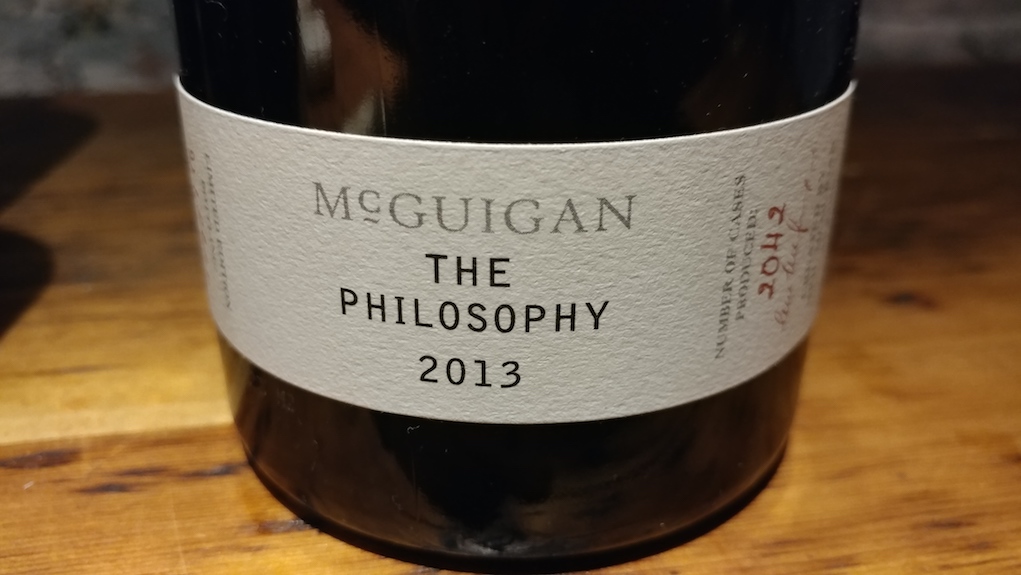 The McGuigan Wine Lunch in NYC

At one time Americans had an intense love affair with Australian wines that abruptly came to an end. But now the wines from down under have evolved with the times offering fresh, elegant libations instead of flabby, fruit-bombs. But are US consumers ready to move beyond the past and trust their own tastes when it comes to some of these producers introducing themselves back into our market?

“The Plan” for Australian Wines

I remember walking around New York City in 2006 and seeing all these mysterious bus and subway signs showing various things with a yellow tail; mermaids, kangaroos, even an airplane with a yellow tail. I had no idea what it was advertising – was it some sort of art installation placed throughout the city? Eventually I would find out that it was a brilliant branding message from an Australian wine company called Yellow Tail that was having great success in the US market.

Love Affair with Australia
In the mid-1980s, America’s love affair with Australia started with the box office smash Crocodile Dundee, where a man who had a good heart, a non-judgmental attitude, and heroic tendencies that was all wrapped up in a boisterous sense of humor won over Americans. Travel from the US to Australia drastically increased and our fascination with everything from down under grew exponentially.

At the time that Yellow Tail was launched, in the start of the 21st century, the US had drinkers who were raised mainly on commercial beers and spirits; wine, especially foreign wine, seemed like an intimidating mysterious libation that only European drinkers understood. Americans were developing their own wine drinking culture from those wines produced in California but there was a desire to go beyond our own nation’s offerings… we wanted to drink wine from other countries and Australia was there for us with their accessible fruit and an anti-snob message. I must admit that my background with wine has been rooted in wines from European regions and my preferences always ran towards savory flavors. Although intrigued by Yellow Tail’s billboards that at the time never even showed or mentioned wine, I was not a fan from first taste; the wines were too sweet, too flat and too oak-y. Despite my own personal opinion, Yellow Tail became an instant success becoming the number one selling wine brand in the US in a matter of a few years. Unfortunately for Yellow Tail, and all the other Australian imitators, sales came crashing down by the end of 2008 as the Australian dollar surged to a 25-year high against the US dollar.

McGuigan Wines
Over a month ago, I had lunch with one of the pioneers of Australian wines, Neil McGuigan, who comes from four generations of McGuigans who started making wine back in 1880. And although the main focus of our wine lunch would be to discuss their every-day drinking wines, “The Plan”, I was mainly looking forward to a vertical of their “Hand Made” Shiraz fine wines… but I was surprisingly impressed by the balance and freshness of McGuigan’s every-day drinking wines.

It was interesting to hear from Neil McGuigan about their plan to make Australian wines that would take the world by storm with affordable wines that punched way above their weight, and hence, the inspiration for the name of the wines. However, their plan has evolved from making big, sweet wines to pulling back too much on ripeness to finally finding the balance of nice freshness, just enough fruit and nuanced complexity. Even my European wine loving heart enjoyed tasting “The Plan” wines.

Sophisticated Palate and Balanced Mind
I have to give a lot of credit to Neil for openly criticizing the mistakes that the Australian wine industry, as well as his own family wine company, made throughout the decades; that it took them time to find the balance and that he is still driven to make better wines year in and year out. Neil’s attitude was that one should never get complacent because there is no where else to go but down. I think the US, as a wine drinking country, has grown significantly in our self-confidence although I think we still have a ways to go. There are many Australian winemakers who have moved towards a more restrained, elegant style but the baggage of that old fear of being judged because we are drinking those fruit-bombs from Australia of times past still lingers deep within many of us. But just like it took the Australian wine market time to find balance within their wines, we need to find the balance within ourselves and not go from one extreme of being naïve wine drinkers to the other extreme of being judgmental snobs; a truly sophisticated wine market trusts their own palate, and taking a cue from our friends from down under, we realize that we can drink well-made wine and still not take ourselves too seriously.

Cathrine’s Recommendations
Everyday Drinking Wine (less than $15)
2016 McGuigan, “The Plan”, Chardonnay ($11.99): 100% Chardonnay. McGuigan talked about how they went from a big, oak-y Chardonnay to an un-oaked lean one to finally this balanced, delightful one with notes of peaches, flowers and only a touch of oak with some spice. Also, I love their joke of how an un-oaked Chardonnay is like kissing one’s sister… because there isn’t anything there. Love that Australian sense of humor.

2016 McGuigan, “The Plan”, Red Blend ($11.99): Red blend of Cabernet Sauvignon, Merlot, Shiraz, Petit Verdot and select native varieties. First, I have to give McGuigan credit for their transparency for noting that there is 23 g/l residual sugar in this wine as there are many popular red blends out there that have just as much, if not more, but do not like to bring focus to it. As someone who does not like sweetness or too much fruitiness to a wine, I found this delicious simply because it was balanced with natural acidity and the sugar was also natural from the arrested fermentation to keep 23 g/l rs in the wine. Ripe strawberries and cherries with baking spices and hint of dried herbs that was refreshing on the finish.

Special Occasion Wine (from $15 to $50)
2010 McGuigan, ‘Hand Made’, Shiraz ($40): 100% Shiraz. McGuigan Hand Made is a hand-crafted, limited edition Shiraz sourced from the low yielding vineyards just outside Langhorne Creek in the Fleurieu Peninsula in South Australia, which has extremes in temperatures from warm days to cool evenings that ensure ripe wines with lots of brightness. Beautiful cassis fruit with layers of complexity such as forest floor and a remarkable underlying saline mineral note.

Fantasy Wine (over $50)
2013 McGuigan, ‘The Philosophy’ ($125): 56% Cabernet Sauvignon and 44% Shiraz. The Philosophy is a limited-release blend of Cabernet Sauvignon and Shiraz sourced from small parcels of super-premium fruit grown in the Clare Valley region of South Australia, a region known for power balanced by elegance. A knock out wine that even won over the Francophiles in the room with its intense concentration balanced by elegant structure and overall finesse; black currant with hints of tar and dusty earth with textural contrast of finely edged tannins and fleshy fruit made this wine a stand out and really shows that Australia can go toe to toe with any other winemaking country when it comes to quality.