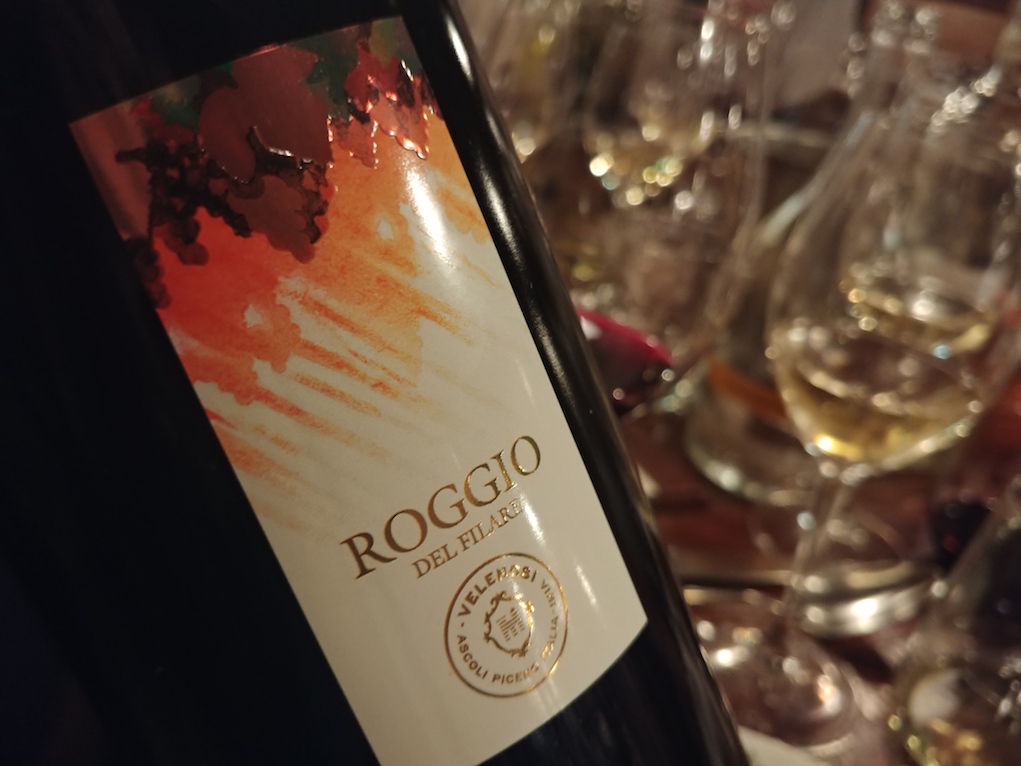 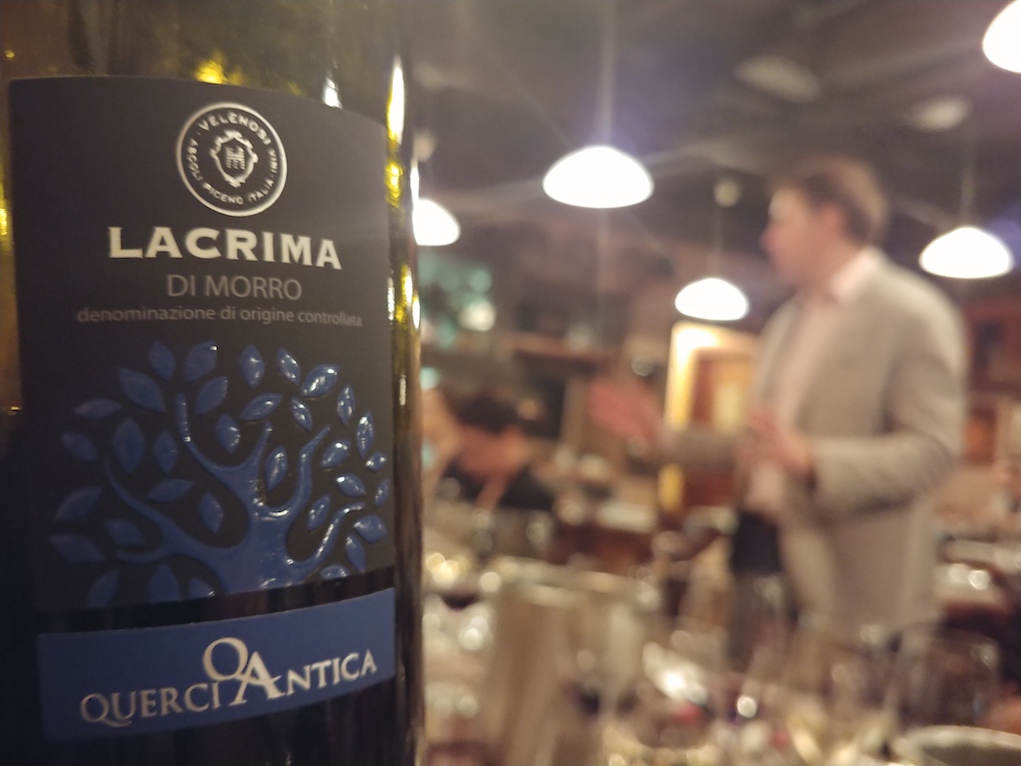 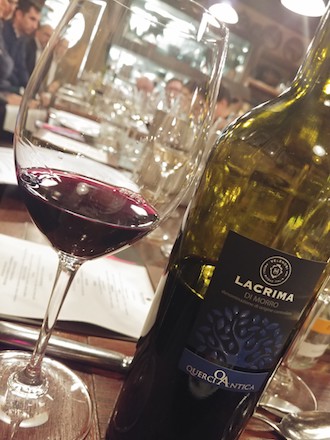 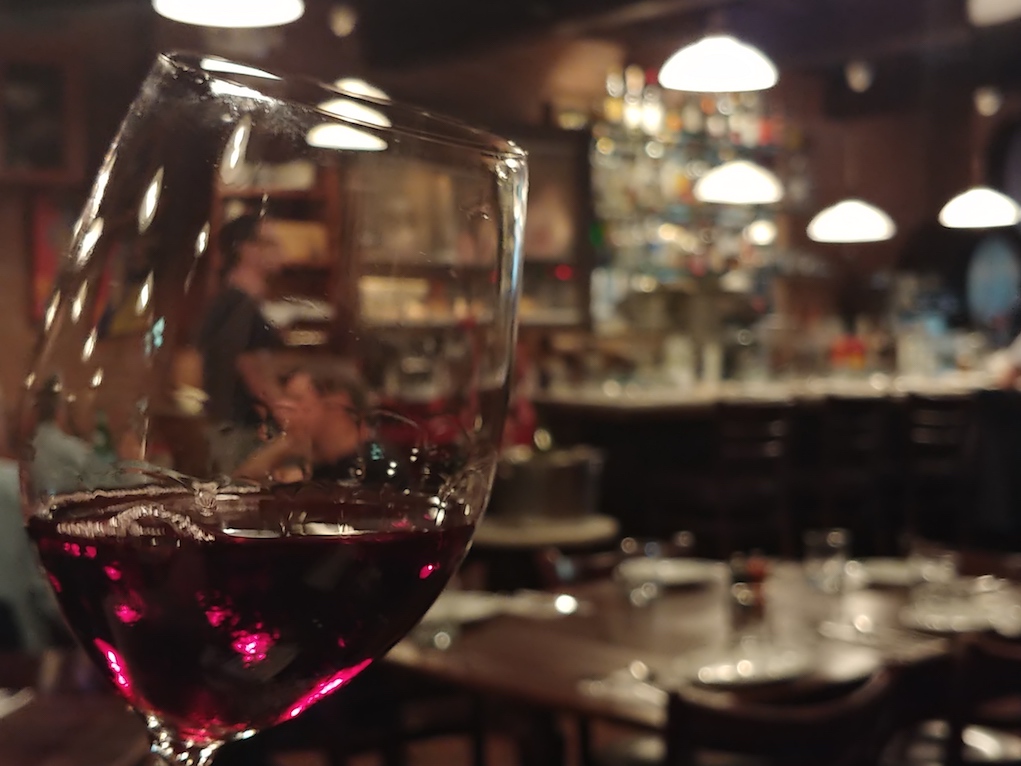 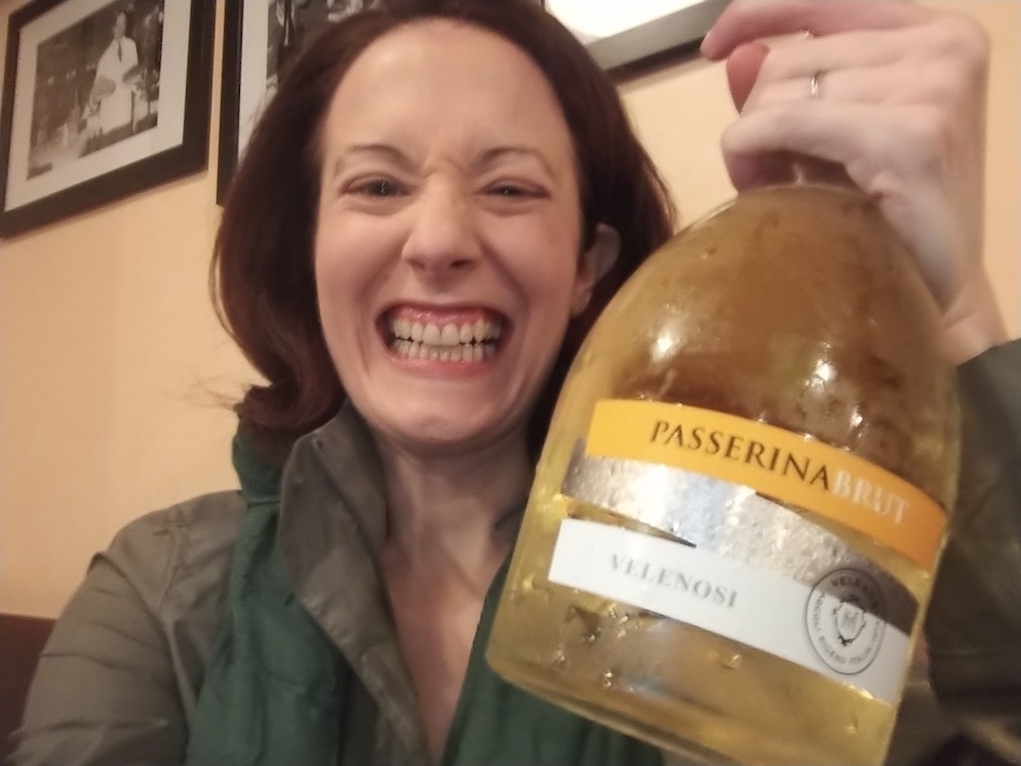 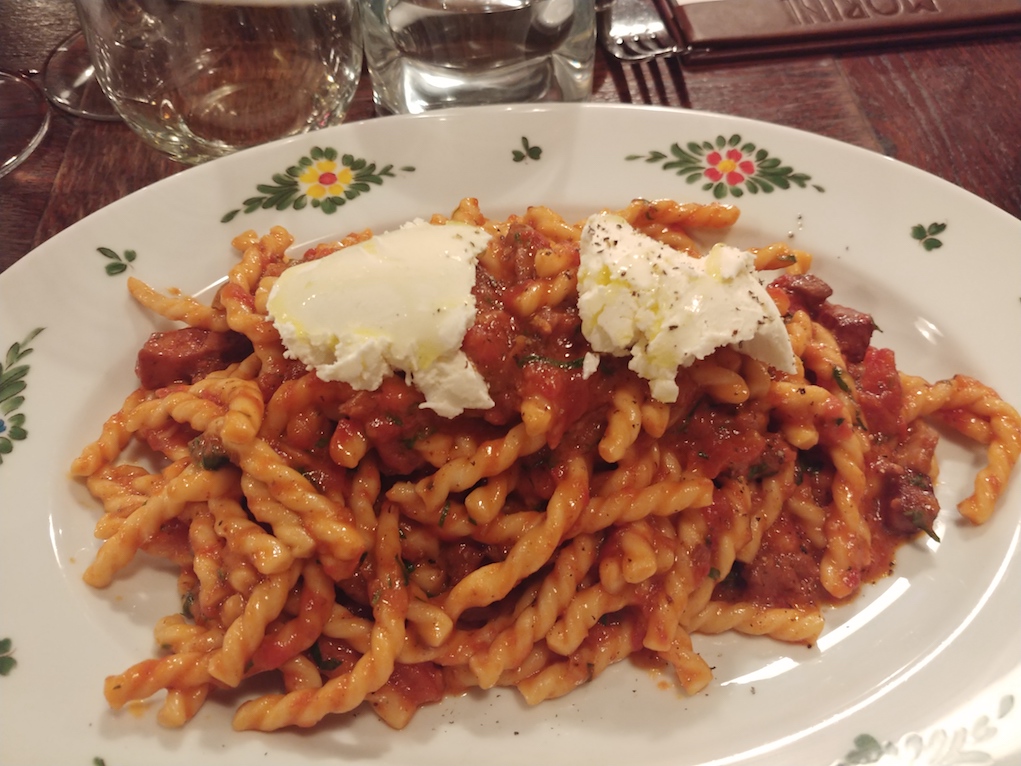 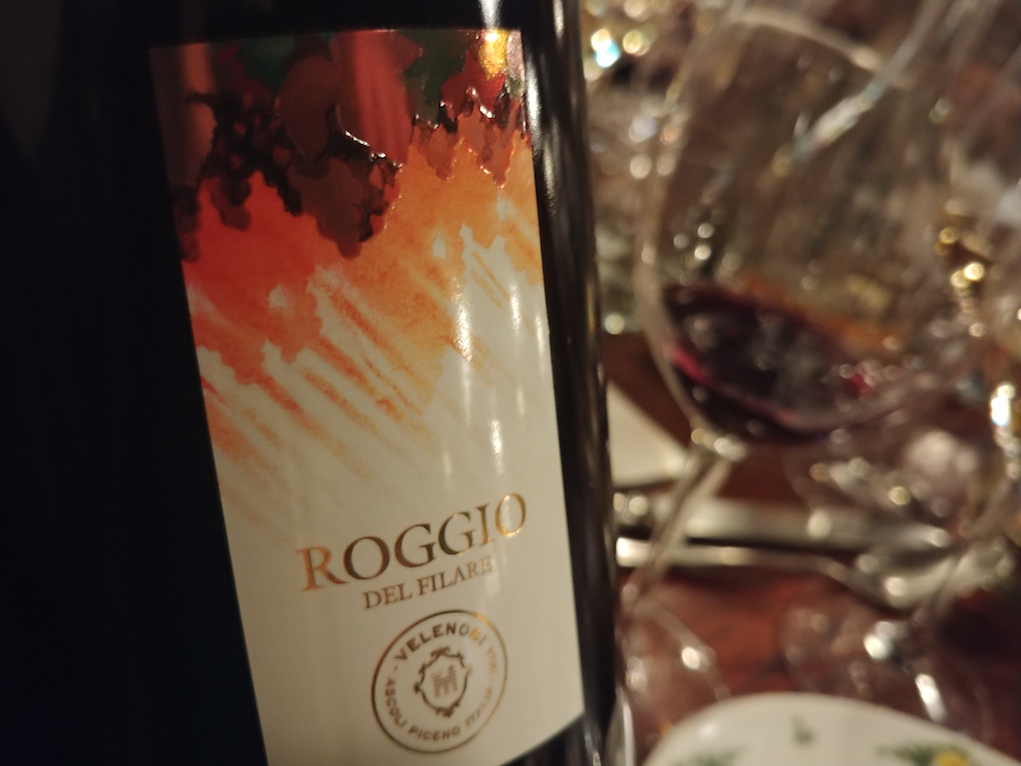 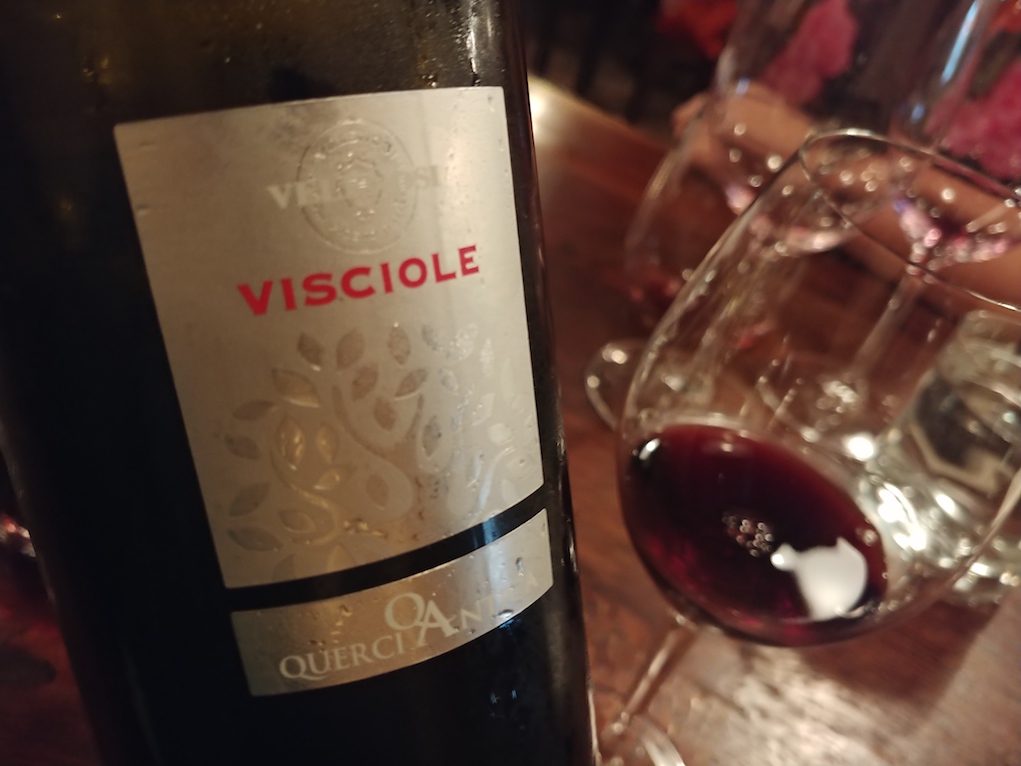 The most powerful aspect of wine is its ability to transport us to another world that is very different from our own. At a recent Italian wine lunch, I found myself taking a magical journey inspired by an elixir that isn't considered a real wine, yet it was potent in its ability to conjure all of the enchantment that is part of the Marche wine region

Precious Moments with Marche Wine
Many times have I found myself on a narrow back road in Italy, surrounded by hills, trees and vineyards, to see nothing else but a little country winery in the distance. Eventually I would end up stopping by that wine producer, not knowing what to expect, to see if I could taste their wines and hear their story. Sometimes I would taste wines that had a legendary status in the area, but many times, the libations that stayed with me, deep within my heart, were the ones that the farmers bottled and drank for themselves during family dinners. Many times I am hesitantly offered this type of drink by wine producers as a New York City wine writer… but it is the drink that I cherish above all others.

A few weeks ago, I was at a wine lunch with Velenosi winery at the fantastic Osteria Morini, a restaurant that evokes old world charm with authentic Emilia–Romagna food prepared with great skill. I was there to taste Velenosi wines, and from the first moment I stepped into the restaurant, surrounded by big, wooden tables where all the plates were shared family style, I knew I was in for a real treat.

It was inspiring to learn how in 1984, Angela Velenosi started this winery from scratch – it first included one family house, 22 acres (9 hectares) of vineyards, 2 wines and basic technology. Today, she owns the 2nd largest privately owned winery in Marche and through time she has been able to significantly improve the vineyards, as well as the winemaking, producing several wines that show typicity of place and typicity of local grape variety(ies) in a more polished and consumer friendly way. Marche is not a wine-growing region that we hear much of in the US, even in the diverse, Italian loving world of New York City. It is a region tucked away on the east coast of central Italy where it is over-shadowed by its more famous west coast neighbors. Emilia-Romagna is just north of Marche, and so the food and wine pairings went well. Two-thirds of the Marche territory is covered by hills; this factor, also considered with their high amounts of sunlight, helps them to naturally create wines with freshness and good concentration.

As we got to the end of our lunch having tasted many wines, had lots of invigorating conversations, and with my belly filled with soul food, I was given a little surprise to end my Marche wine journey… a “cherry wine”. This drink was not technically considered a wine as it was not made with 100% grapes – it had wild cherry syrup (Visciole) added to a Lacrima red wine. The sugar of the syrup encourages a second fermentation that increases the alcohol to a level around 14% abv. This is the drink that the Marche farmers have traditionally bottled for themselves for their family’s own consumption and because it is not legally considered wine, Angela had to build a separate facility to make this drink separate from her wines. It is divine with chocolate cake, ice cream, a splash in a cocktail, or a pour in a sparkling wine… and we did end with it in their Passerina sparkling brut.

The “cherry wine” quickly turned our professional lunch into a fun and festive gathering where I could no longer hear the endless honking of car horns on the street or feel that enormous stress that usually feels like a vise-grip around my head… I was in Marche in my mind for a moment, overlooking the hills and feeling the breeze from the Adriatic Sea as stewed cherries and a field of wild flowers danced around my head shutting everything else out. Good people, good food and a delightful glass of cherry gold surrounded me and I felt delightfully giggly that I was alive to share that moment. Then, of course, it ended sharply as my phone alarm went off alerting me to my pile of work that was awaiting me. It was all too short as those final drinks usually are… but as my head dropped down in disappointment as I left the restaurant, I abruptly stopped for one final look back and I knew that was far from the last enchanting final drink I will have. 2017 Velenosi, Lacrima Querciantica, Lacrima di Morro d’Alba DOC, Marche, Italy ($14.99): 100% Lacrima. I will never forget the first Lacrima I tried – I had it with my eyes closed, and the person giving it to me asked if I was drinking a red or a white. I picked a white wine, and was shocked when I found out it was red. Lacrima is nicknamed the ‘red Gewürztraminer’ because of its intensely aromatic nose reminding one of a perfume-y white wine. This Lacrima is captivating, served on the cool side (15 minutes in the refrigerator should do it) with violets and ripe wild strawberries that had a soft body and hint of black pepper on the finish. Everyone should try a Lacrima at least once in his or her life. 2017 Velenosi, Villa Angela, Pecorino, Offida DOCG Pecorino, Marche, Italy ($18):  100% Pecorino that comes from high density plantings with low yields creating a top quality wine noted by the highest Italian quality category on the label, DOCG. Named after the owner Angela Velenosi since it is such a charming wine with juicy peach flavors, a hint of dried sage and an underlying sense of minerality that brings a sense of elegance. Good weight on the palate was balanced by racy acidity.

NV Velenosi, Passerina Brut, Passerina, Marche, Italy ($24): 100% Passerina. With the big demand for Italian sparkling wines, such as Prosecco, overtaking the US, this Marche sparkling wine, made in a similar way as many Prosecco wines, is a fun alternative using a local variety called Passerina. The curvy bottle and pretty, honey-suckle bubbly inside of it make this an adventurous fun sparkler to bring to a friend’s house, or to have out on the town, that is a playful conversation starter.

NV Velenosi, Visciole Selezione, “Cherry Wine”, Marche, Italy ($22 for 500ml): 70% Lacrima and 30% wild cherry syrup (Visciole). As mentioned above, this drink is not technically considered wine as it is not made with 100% grapes – it had wild cherry syrup (Visciole) added to a Lacrima finished red wine. The sugar of the syrup encourages a second fermentation that increases the alcohol to a level around 14% abv. Sweet cherry pie and lilacs with a viscous body that surprisingly had a bright, fresh cherry finish.

2014 Velenosi, Roggio del Filare, Rosso Piceno DOC Superiore, Marche, Italy ($53): 70% Montepulicano and 30% Sangiovese from 50 year old vines. When I was having the heavenly pastas from Osteria Morini in Manhattan, NYC, this was the wine that was the killer pairing in that moment. This red premium wine was like a slow tango where with each embrace there was a new moment, a new flavor, a new feeling. At first it was round and generous with black cherries and cinnamon spice, but then it would get more complex and intriguing with each taste…anise, crumbly rocks, fresh tobacco leaf, as all the while the refined tannins gently caressed the palate.