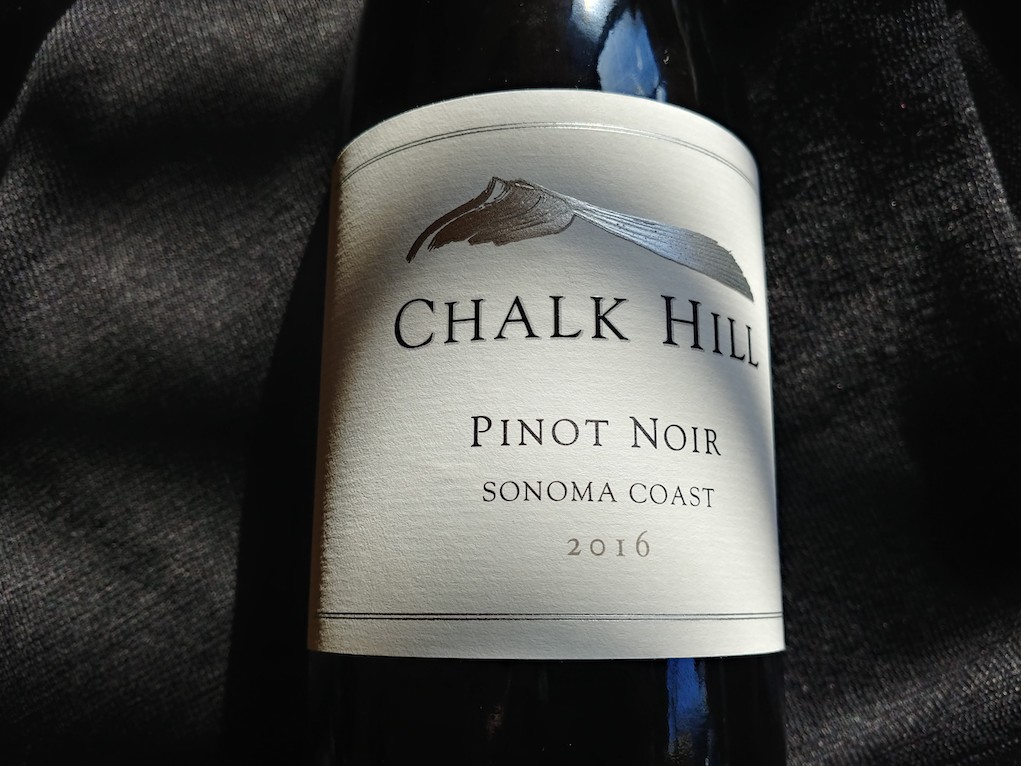 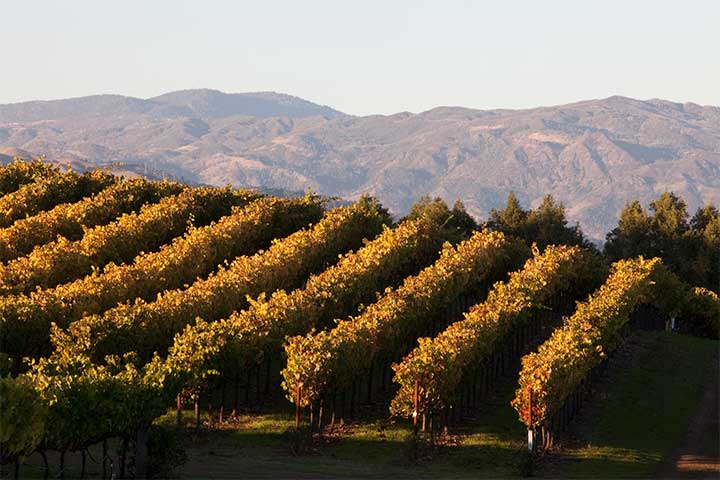 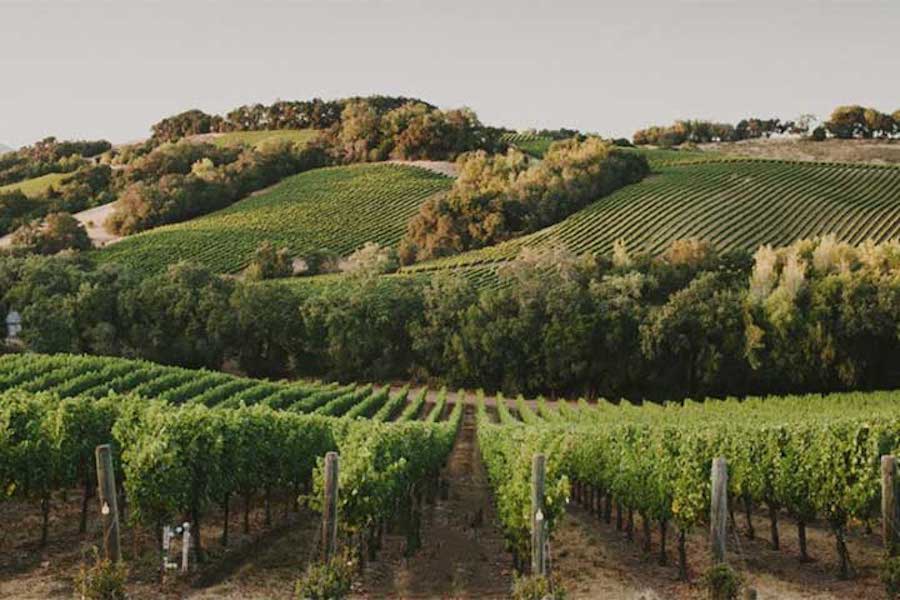 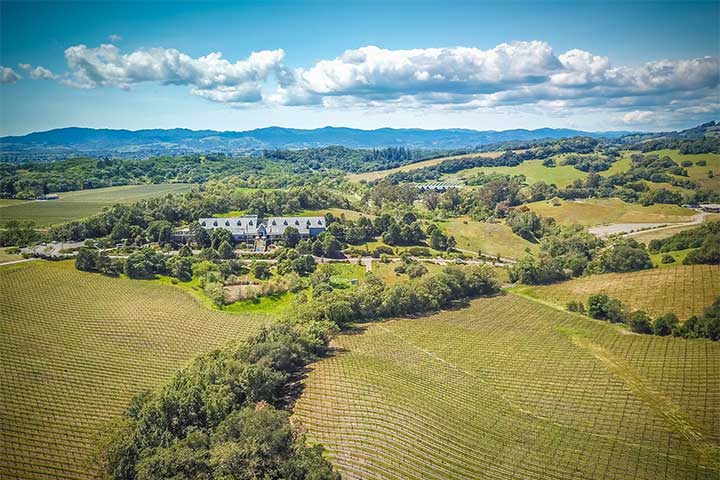 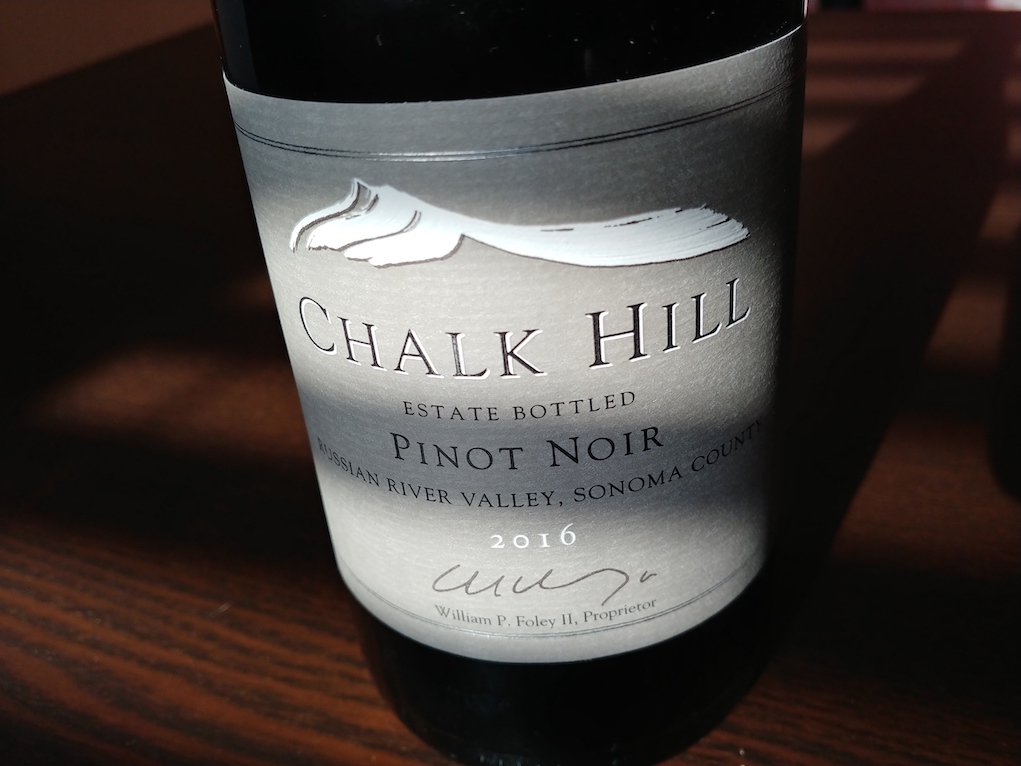 Courtney Foley, the newly appointed winemaker for Chalk Hill, has long been devoted to protecting and preserving Mother Earth yet her passion for preservation is balanced by her willingness to open her mind and heart to opposing opinions; because at the end of the day, she knows that wine is about bringing people together.

Anytime we doubt that Mother Nature is in charge, she quickly shows us her power. Many of the intricate topographies of the wine world were forged by the power of nature. One such special place where vineyards produce Pinot Noir and Chardonnay wines with elegance is Chalk Hill in Sonoma County, California. But if Mother Nature had not intervened decades ago, Chalk Hill would not be able to produce the wines with finesse that it does today.

My lunch with Courtney Foley back in December was inspiring, considering her true devotion to Mother Earth. She is the youngest daughter of Bill and Carol Foley who are the owners of Chalk Hill as well as Foley Estates. Courtney wanted to find her own way, as most young people do, and her love for the land drove her career choice. She became an environmental lawyer so that she would be able to directly protect nature, but instead, found herself spending most of her time dealing with paperwork that seemed to accomplish very little.

As Courtney talked about her most cherished memories from childhood that warmed her soul, they all seemed to have two things in common: sense of community and communing with nature. Whether it was helping out at her family vineyards and winery Foley Estates, or spending summers with her grandparents on their farm in Washington State where her mother grew up, she felt most alive and at peace in those moments. As time went on, the land started to call Courtney back but she didn’t want the favoritism of a cushy job at one of her family’s wineries, so she started from the bottom. Courtney first started out selling wines to customers in the Foley tasting rooms, getting a real life education with the consumers who drank her family’s wines; eventually she studied under winemaker Leslie Renaud as well as gained formal studies at both Napa Valley College and Fresno State University.

Through time, Courtney became the winemaker and general manager of Foley Sonoma Winery in Alexander Valley and last year, after a decade’s worth of experience in wine, she was appointed head of winemaking at the iconic Chalk Hill Estate Vineyards and Winery. Back in 1972, the founder, Fred Furth, was taken aback by this extraordinary property with its natural amphitheatre that was exquisitely chiseled into the hills of eastern Russian River Valley in Sonoma; Bill and Carol Foley bought the property in 2010. Napa Valley wasn’t even known as a quality region back in ‘72 let alone Sonoma or Russian River and hence Chalk Hill was important in establishing Sonoma as a top wine growing area for noble grape varieties.

Courtney and I had a long conversation about the environment and surprisingly, she was very open to both sides of many arguments. Interestingly, Courtney made the point that Chalk Hill would not be able to produce the world class Pinot Noir and Chardonnay wines that it does now if it wasn’t for an earthquake that stopped the once existing hot springs in the area decades ago as it would have simply been too warm to create such wines. Of course as someone who cares deeply about Mother Earth, Courtney was not happy about any detrimental issues that the environment faces but her wisdom, coupled with humility, made her realize that she did not have all the answers and so she was always willing to listen to the other side. At the end of the day, there will be many more catastrophic events that will be caused by Mother Earth that we cannot stop but at the very least, we can build communities to manage whatever is thrown our way.

2017 Chalk Hill, Chardonnay, Sonoma Coast, California ($14.99): 100% Chardonnay. The Chalk Hill Sonoma Coast wines are able to source fruit from outside the Chalk Hill AVA offering a wine that gives a taste of Sonoma beauty but at a great value. Ripe golden apples with baking spice and white flowers that has a brightness to balance out the fleshy fruit on the palate.

2017 Chalk Hill, Estate Red, Chalk Hill AVA, Russian River Valley, Sonoma County, California ($60): 57% Cabernet Sauvignon, 29% Malbec, 10% Petit Verdot and 4% Merlot. Since Chalk Hill is near Alexander Valley, some of the vineyards are suited for Bordeaux varieties with Old World restraint balanced by moderate New World generosity; plenty of fruit driven goodness with the flavors of cassis yet it was kept in place with fresh acidity and finely laced tannins that were accentuated by thyme, sweet tobacco leaf and a hint of vanilla bean. The finish was long with a velvety texture that was lovely with its expressive complexity.

Side Note: I would expect great things from the 2018 vintage in Sonoma as it was a cooler year with a long hang time, suggesting the wines will have more finesse and complexity – harvest started at the end of November for Chalk Hill. Courtney said it was reminiscent of vintages they would have had 10 years ago.