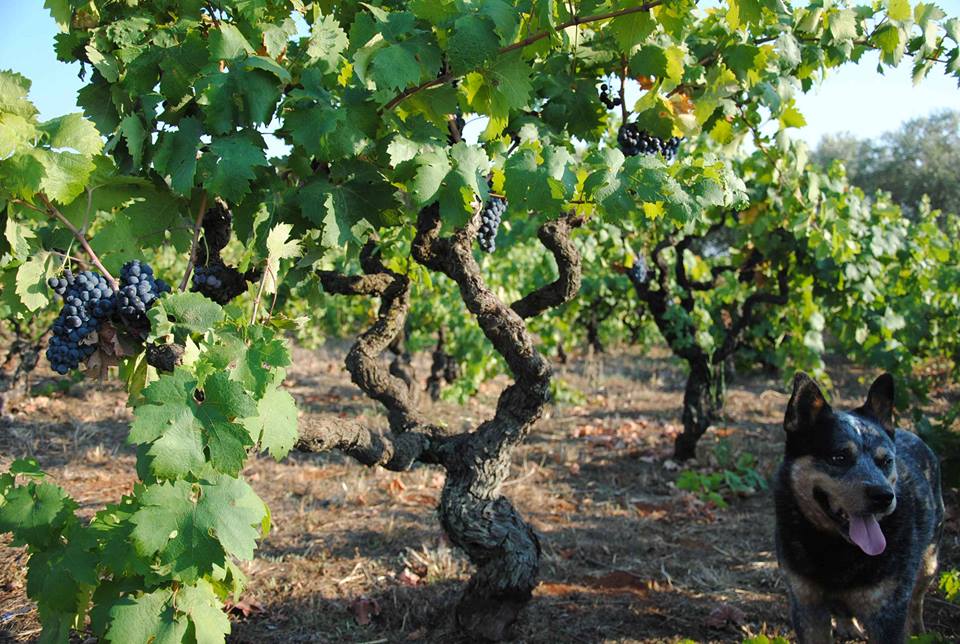 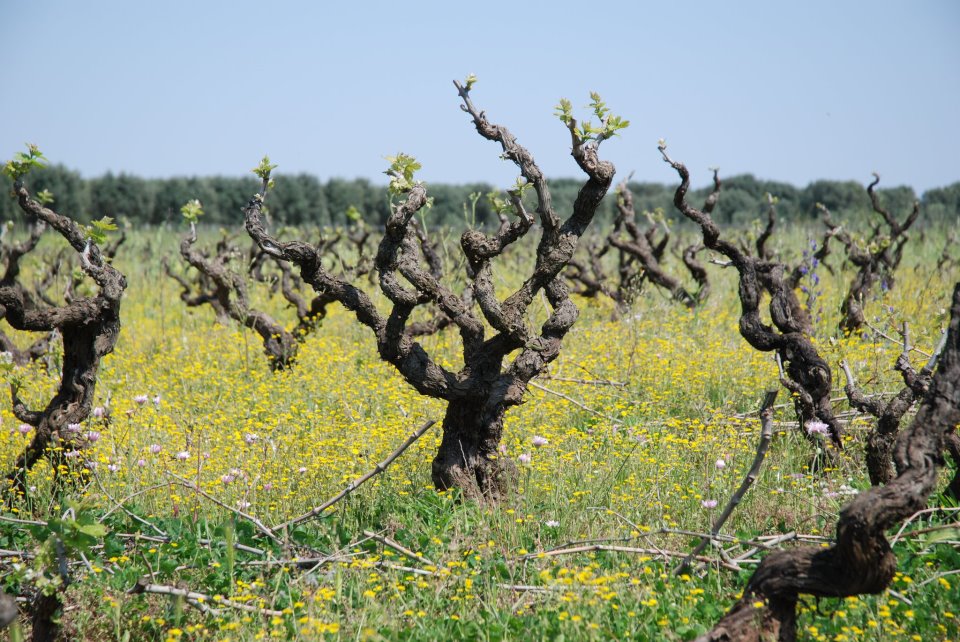 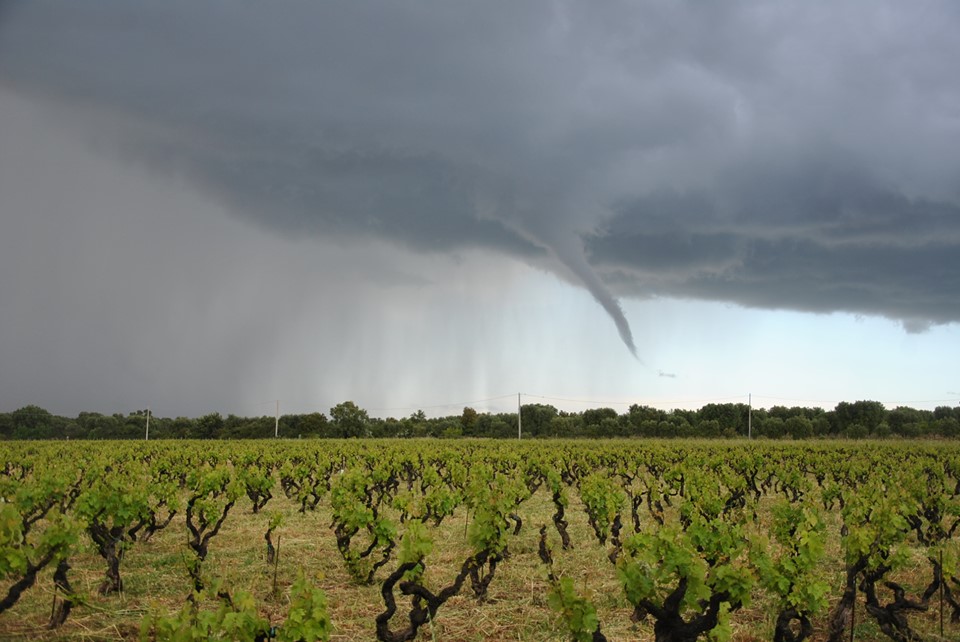 In her early 20s, a strong, talented female winemaker from Australia was determined to avoid the path of marriage and kids so she could focus on her career and achievements in the wine world, until she found herself in southern Italy where she fell in love with not only an Italian man, but also the traditional old vine vineyards of Puglia. The wife and husband team of Morella, Australian Lisa Gilbee and Italian Gaetano

When Lisa Gilbee, an Australian winemaker, first came to Italy, in the wine region of Tuscany, she was completely taken by the landscape, the food and wines. As she says in her own words, “everything was the complete opposite of how they did things in Australia,” and as she was tasting lots of great Italian wines, she realized that “there is no one recipe for wine making”. She came back to Italy many times until finally she was “hooked” and she ended up working for wine companies in northern Italy. At the time she was still in her 20’s, determined to always be a strong, independent woman – never getting married, never having children. When Lisa had reached the milestone of turning 30, she was sent to the south of Italy by a large wine company in the north that was her employer at the time, to visit various vineyards. In the region of Puglia she was provided with a driver named Gaetano Morella, who would drive her around as she made assessments of the different plots. Through time she not only fell in love with many of these undervalued old vine vineyards, but she fell in love with Gaetano; they married and not only became partners in life but also become partners in a winery called Morella.

Lisa Gilbee, with her husband Gaetano Morella, presented a horizontal and vertical tasting of some of their wines (different wines from the same vintage and same wines from different vintages respectively) at the Radici del Sud. For many years, the wines of southern Italy have been underappreciated, with many of the vineyard growers having to sell their grapes to big companies for very little money. Some of the grape growers eventually planted grape variety clones that were known for higher yield, not focusing so much on quality, and some stayed true to their heritage of keeping the traditional clones for quality, keeping old bush vine vineyards yielding small quantities for complex, concentrated wines. Many of these extraordinary growers of the old vines were still not being recognized by the world and in time, future generations would not be able to afford such practices when the compensation was too little. That is where the association Radici del Sud comes into the picture with a yearly exhibition that brings buyers and journalists from around the world to taste, judge and explore the wines of Puglia (Apulia), Basilicata, Campania, Calabria and Sicily. One of the things that most struck Lisa when she first came to the south of Italy was the 50, 60, 70 year old bush vines of Primitivo in the wine area of Manduria in the Salento, Puglia, and then the knowledge that the growers had no idea of what the true value of their grapes was to the outside world. This is why Radici del Sud’s investment of bringing buyers and journalists from far-flung countries such as China, Australia, Canada, the U.S., as well as the many surrounding European and Nordic countries, is vital in regards to not only getting global sales and news, but to gauge the perceived value of the many wines in southern Italy.

Lisa and her husband established their winery, Morella, in 2000, in Salento and through time they slowly started to buy properties – some of the vineyards were old vines that were able to be kept and others had to be replanted; Morella became bio-dynamic in 2009. When Lisa was asked about her approach to bio-dynamics and whether it was a purely philosophical or pragmatic approach, she quickly answered, “I’m an Australian so I’m pragmatic; to do bio-dynamics properly you have to be really practical. There are few rules but if you don’t follow them carefully you don’t get the result you are looking for.” But if there was any personal philosophy behind the practice, for Lisa it was one of ethics, and she stated, ”It is about being a better person and learning to elevate ourselves.” She continued by saying that it was better for her workers and for the community as a whole to use bio-dynamic practices that try to find the ideal balance of nature with all that it encompasses.

During her explanation of the three different single vineyard old vine Primitivo wines she poured for us, “Old Vines” and “La Signora” with 90 year-old vines and “Mondo Nuovo” with 70 year-olds, she talked in detail as if each was her child. Clearly, she had gotten to know these vineyards really well and had developed a deep respect for them; the way they behave in different circumstances, the best way to draw out their individual characteristics in the vineyards. Actually, her minimally interventionist wine-making, with a focus on expressing the vineyard, is an indication of her respect for the heritage of the place as well as the vineyards. She is also committed to only using the traditional Primitivo clones of the area and not buying the “McDonald’s clone” as she calls it, that some producers had to take in times past just to support themselves.

Teaching Others Their Value

Finally, when Lisa was asked about the possible difficulty of being a wine producer from a foreign country in a place with such a fierce commitment to tradition as Puglia, she said that at first there were people who were understandably suspicious; sometimes outsiders come into the community to take what they need without giving back, becoming a further detriment to the struggles of that place. But once the local people saw that Lisa and her husband were there to protect old-vine vineyards planted with heritage clones, they knew that they could be trusted. Lisa even emphasized that if it wasn’t for the tradition of the area, these great old vines would not have been maintained for so long. She also offered the opinion that in some ways, she has an advantage because she does not “undersell” her wines as so many others do in the area.

It is interesting to consider how Lisa started out by coming to Italy in her 20’s with a determination to maintain her sense of  personal value by not conforming to traditional conventions such as marriage and children; yet a couple of decades later she finds herself with a husband and two kids in a place with seemingly old-fashioned ideas. Here, she has not only found a fulfilling place in the wine world, but she also has become a symbol to her neighbors that they too should not undervalue their worth to the world.

The recommendations below are not only a couple from Morella that can currently be found on the market here in the U.S., but also a selection of wines from other regions in southern Italy that impressed me during my time spent at the Radici del Sud:

2018 Castello Monaci “Kreos”, Rosato (Rosé), Salento IGT, Puglia, Italy ($11): 100% Negroamaro. The native variety Negroamaro is rooted in the area of Salento in Puglia, and this rosato is an incredible value with bright cranberry fruit, nice vitality and some hints of minerality that is an interesting daily rosé to drink that has Italian soul.

2017 Cantina di Venosa, “Verbo”, Aglianico della Basilicata DOC, Basilicata, Italy ($15): 100% Aglianico. Cantina di Venosa is a co-op in the southern Italian wine region of Basilicata that helps to pool resources among 350 members so they can afford modern equipment and top quality controls to make wines at varying levels and price points. Despite making 70% of the wine in the region, each grower in the co-op has small plots (averaging around 5 acres) and so all of the grapes are handled in an artisanal manner. This red wine over-performs for the price, and is a tremendous value. It has fresh purple fruit and hints of wild flowers that had round tannins with rich blueberry fruit lingering on the finish.

2018 Statti, Greco, Calabria IGT, Calabria, Italy ($18): 100% Greco. Calabria is another region, like Basilicata, that does not get enough recognition, and this white wine gives a lot of richness and perfume with a broad body and hint of texture, and certainly becomes a nice Italian alternative to Chardonnay.

2017 Morella, Primitivo “Mezzanotte”, Salento IGT, Puglia, Italy ($18): 100% Primitivo.  Going back to the producer highlighted in this article, Morella, and one of their middle tier wines “Mezzanotte”, we see that this wine is a blend of bush vine Primitivo with an average age of 40 years  and a new vineyard  that they planted in 2005 with cuttings from their 90 year old vines from their single vineyards “Old Vines” and “La Signora”. It is interesting how their middle tier wine has 40 year-old vines in it – not something one would encounter so often in New World countries. I did not get a chance to taste this wine but according to Morella’s website it has “distinct ripe berry fruit nose with hints of blackberry and cherry with wild herbs. The mouth is initially ripe fruit followed by a balanced fresh tannin finish.” And after being blown away by their single vineyards, I’m sure this red wine Primitivo will delight.

2015 Vigne Guadagno “Contrada Sant’Aniello”, Fiano di Avellino DOCG, Campania, Italy ($35): 100% Fiano. Fiano di Avellino is one of the great white wines of southern Italy and this wine was a great example of why it has received such a reputation. Complex aromatics with anise, fresh sage and stony minerality, with lovely finesse on the body and fresh acidity.

2015 Morella, Single Vineyard Primitivo “La Signora”, Salento IGT, Puglia, Italy ($44): 100% Primitivo from 90 year-old vines from the limestone soils of “La Signora”. This wine was compared to two other old-vine vineyards of Morella (Old Vines and Mondo Nuovo) and this one was the most elegant with an overall finesse and hence, the name. It was laced with intense minerality such as crumbly rock and chalky notes with subtle hints of spice and cherry blossoms with pristine fruit on the long, expressive finish. This wine punches above its weight and delivers quality like an above-$50 wine.  Furthermore, it is designated as Salento IGT instead of Primitivo di Manduria DOC, despite this vineyard being located in Manduria because Lisa said it is too much trouble to deal with the bureaucracy of getting the designation. Primitivo is one of the few grapes that has a second harvest around three weeks after the first, referred to as the “racemi,” but Morella manages their vines so that they  do not produce the second harvest, and on the off chance that they do, they disregard those grapes.

2016 Baglio del Cristo di Campobello, “Lu Patri”, Nero d’Avola, Sicilia DOC, Sicily, Italy (not available on the market currently but should be priced above $50): 100% Nero d’Avola. This wine is named “Lu Patri” since Nero d’Avola is the father of grapes in Sicily. This Nero d’Avola balanced Old World sense of place with notes of balsamic and dried herbs with New World craftsmanship with generous blackberry fruit and hints of baking spice that had well-managed tannins that caressed the palate with a flavorful finish. There is so much Sicilian soul in this wine.