Leggi in italiano
“I would like to tell Italian chefs in America never to compromise tradition to please the American palate. Rather, it is necessary to divulge information on traditional Italian cuisine," says Sandro.

With his cuisine, he has delighted the palates of famous people such as Anthony Quinn, Oriana Fallaci, Isabella Rossellini and many other VIPs. His restaurant, “Sandro’s” in the Big Apple, has been reviewed by some American food critics as a true Italian destination where Roman and Umbrian cuisines are celebrated.

Everything started for Sandro Fioriti at the age of seven in Umbria, where he was born and raised. Sandro, who started in the kitchen as a child peeling potatoes and washing dishes, ran away from home twice and decided that it was pots and pans that he wanted to live with.

First at the lowest rank in Frascati at the Cacciani Restaurant, then the transition to sous chef with Franco Carbonari, then finally Sandro opened his first restaurant D’Artagnan, where he expressed his idea of ​​Italian cuisine with authenticity and innovation. 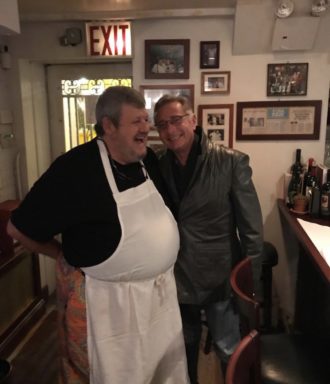 We are in the eighties, years of Italian opulence and great opportunities. It was in those years that Sandro met the famous Italian restaurateur, Tony May, who offered him the opportunity to follow him to New York to open, in 1985, the first Sandro’s. The great American adventure of the Umbrian chef begins. Sandro becomes a pioneer of an authentic Italian cuisine that comes from the tradition of the motherland without intermediate steps and compromises.

After the closure of the first restaurant in New York and a Caribbean experience, today Sandro devotes himself full-time to the new Sandro’s, opened in 2007 on the Upper East side. The atmosphere is that of a classic Italian trattoria and osteria where the customer is pampered and the dishes tell their stories through flavors; while Sandro himself tells anecdotes to entertain himself and the diners. You feel at home at Sandro’s, which combines a family atmosphere and family management (the restaurant is run together with his son Sandro and his wife Anna.) Every dish hides a story and he will reveal it.

Sandro, when you arrived in the United States, what kind of Italian cuisine did you find and which one did you bring?

“An Italian-American cuisine that undoubtedly had roots in our country, but that had been translated into something different, driven by the lack of authentic raw ingredients and the lack of connection with the Italian cuisine that was slowly changing in Italy in the meantime”.

You have defined your cuisine as authentic and traditional. In a word: true. In what terrain do you feel more at ease, that of the purity of tradition or that of minimal experimentation?

“I feel at ease with a cuisine that represents me or a cuisine made of ingredients that respect food and those who consume it, with a technique that does not go as far as twisting and distorting flavors, but instead enhancing them. A cuisine, mine, which has its traditions in Umbria and Lazio. Those are the flavors of childhood, but there are also new ones, because we must create and innovate at the same time. We are certainly far from the experimentation itself if it is not connected to precise historical roots.” 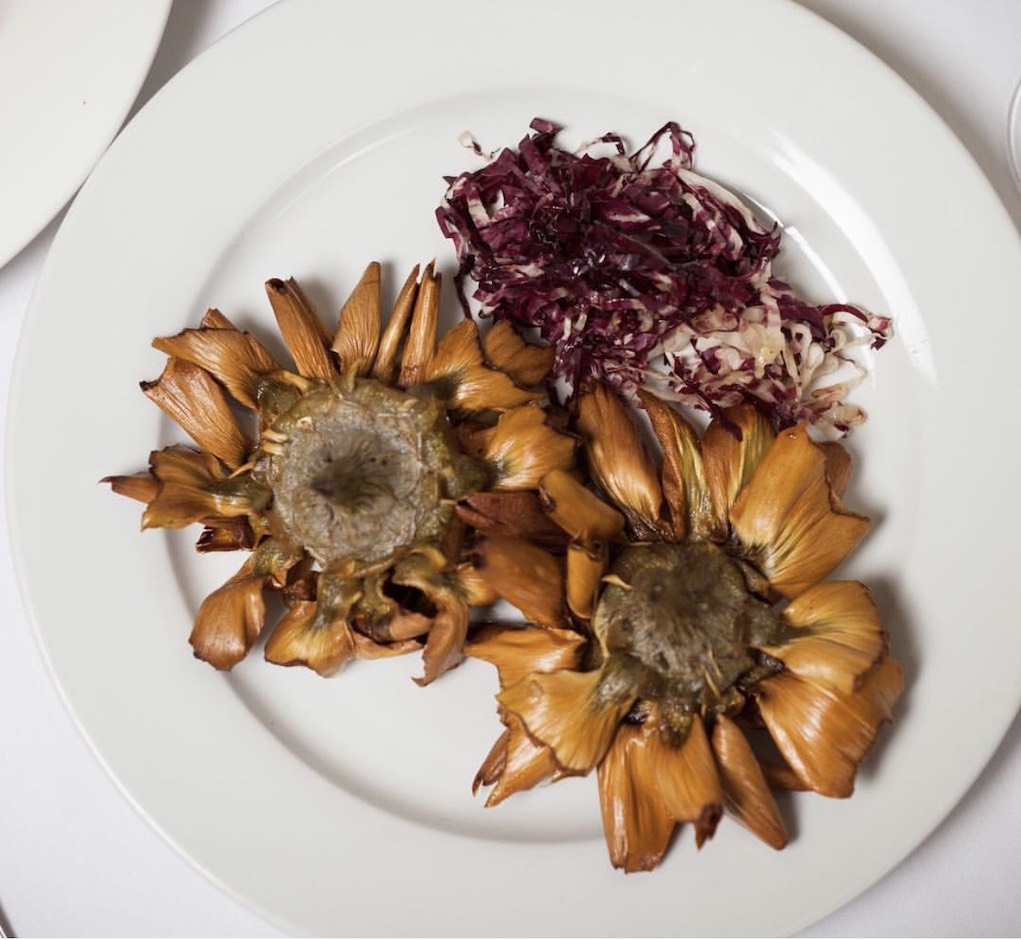 The New York Times critic has defined your spaghetti all’amatriciana as the best outside of Italy. The American press names you as an exponent of true Italian cuisine. “There is no need to take a plane to taste an amatriciana,” we read in the American magazines. How did you conquer the Americans?

“It took an effort of education, promotion, and dissemination of the Italian regional cuisine, in this case the Roman and Umbrian ones. Today Americans travel and many cooking shows, along with social media, spread information, but up until twenty years ago it was not like that. I remember when I presented a lamb cooked like we did at home, or tripe, or the porchetta I made. Those dishes were sent back to me at the beginning. Slowly I told the story of these dishes and educated the palate to new flavors. Today porchetta or tripe are among the most appreciated dishes.”

You also cooked for many famous people. Can you tell us some anecdotes related to the culinary habits of celebrities?

“Years ago, I served the table where Oriana Fallaci, Isabella Rossellini, Giancarlo Giannini and Anthony Quinn sat, while for the Clintons I prepared a lunch with a soup– much loved by Hillary–a salad of porcini mushrooms and white truffle. Francesco Totti is at home here, once he came together with the Roma team, and many other Italian and American celebrities have  been through here.” 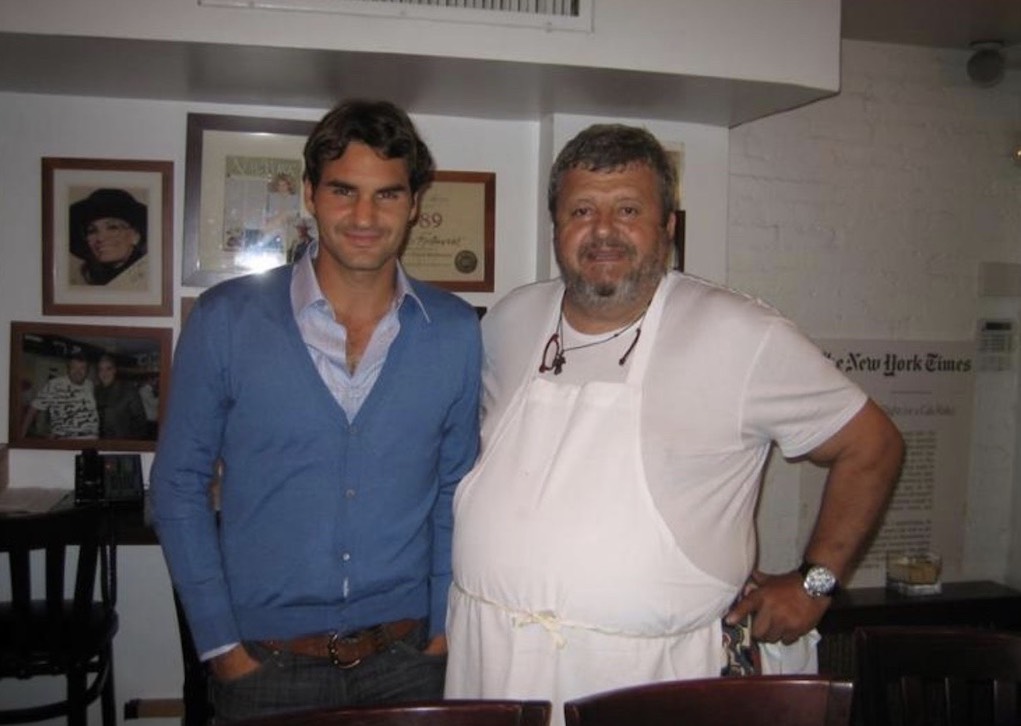 In your opinion, why is your kitchen so appreciated?

“Because it’s simple in the sense of authentic, popular in the sense that it is born of tradition, and it respects that same tradition. I don’t like frills, superfluous things, in life as in the kitchen. And then because in my restaurant people feel at home. The atmosphere is convivial, relaxed.”

Sandro Fioriti, one of the last chefs who reminds us of the figure of cook and host combined. Where is Italian cuisine going? 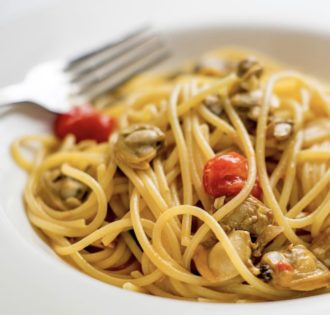 “We need to start from where it all began. From village festivals, with real flavors, from the cuisine that was born at home and took shape at the tables of our grandmothers. I would like to tell Italian chefs in America never to compromise tradition to please the American palate. Rather, it is necessary to disseminate information on traditional Italian cuisine.”

But how do you get around the obstacle that some ingredients don’t arrive in America?

“I go shopping every day at the market. In New York you can find everything, and what I can’t find, I have shipped in from Italy. Everything is possible today. “

What do you think is the secret of Italian cuisine?

“It’s hidden in the little things, the most unsuspected ones, like the water.”

What is one of the dishes that best evokes your memories, Sandro?

“There is a lot of Umbria, the region where I was born, with its truffles, and then a lot of Roman cuisine with which I grew up. The one most loved by my customers? Spaghetti with Sorrento lemons, a dish fully created by me”.

When Sandro is not in the kitchen, where can we find him?

“At my house, but always in the kitchen”.