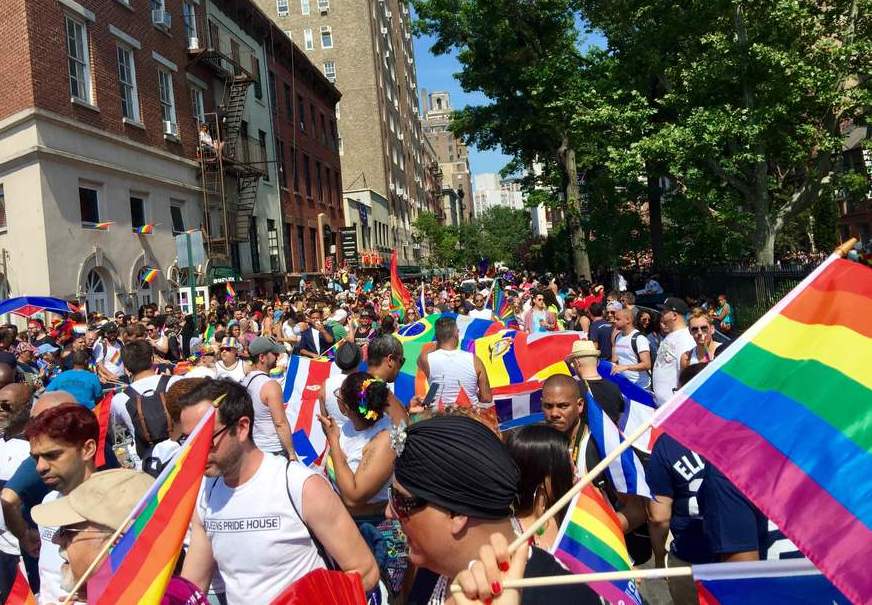 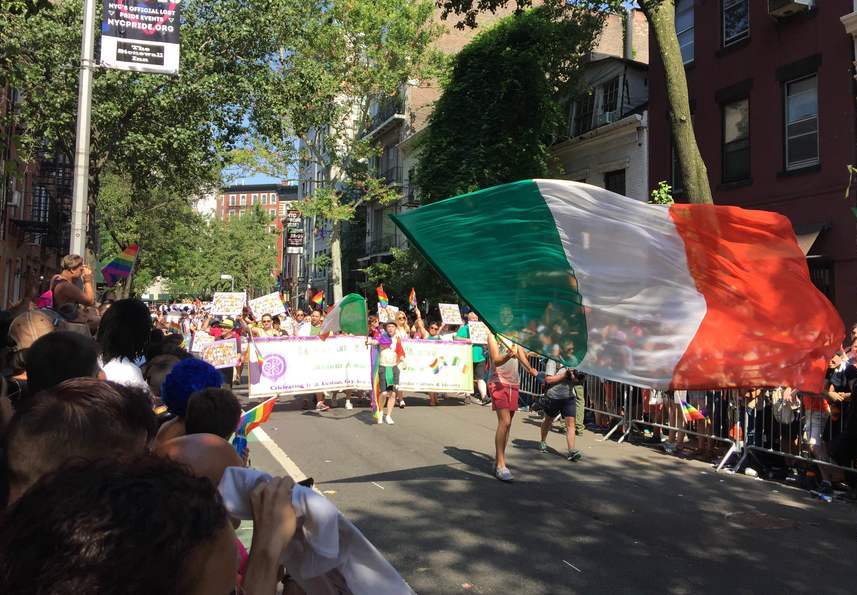 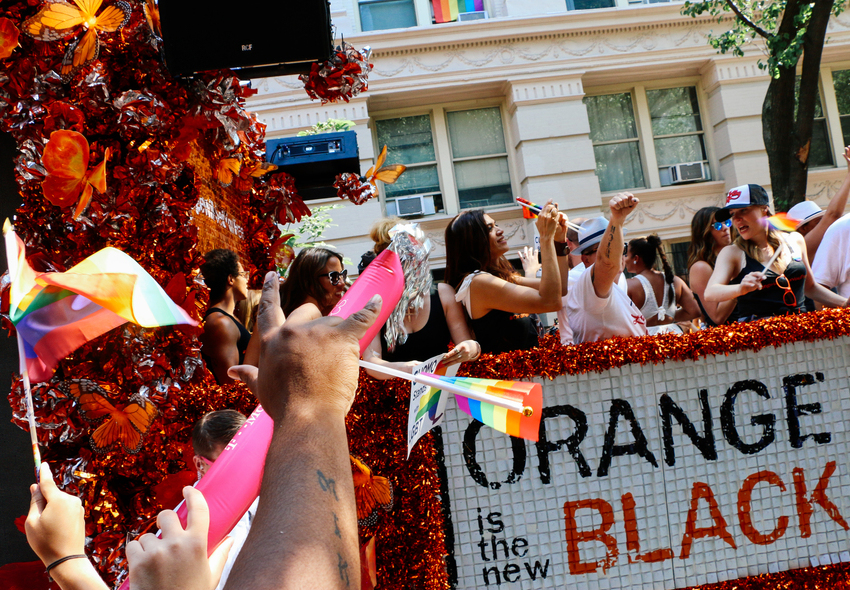 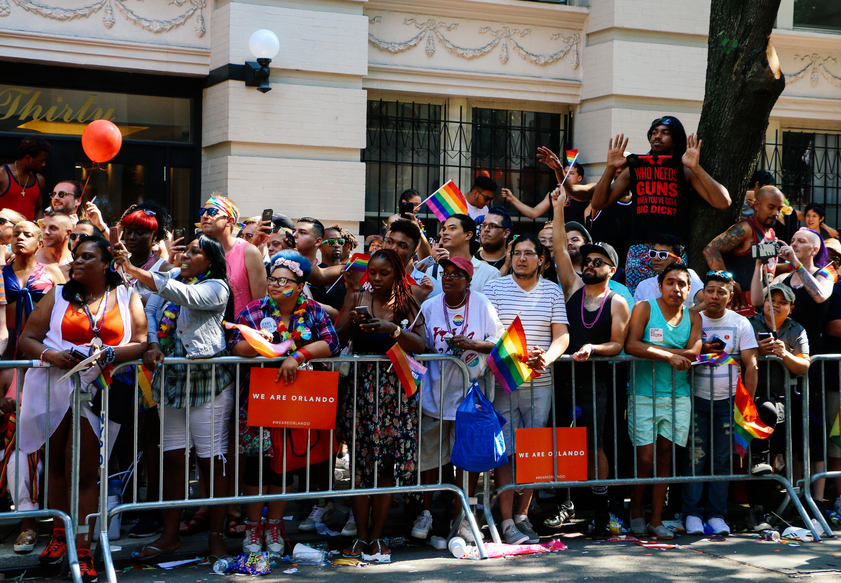 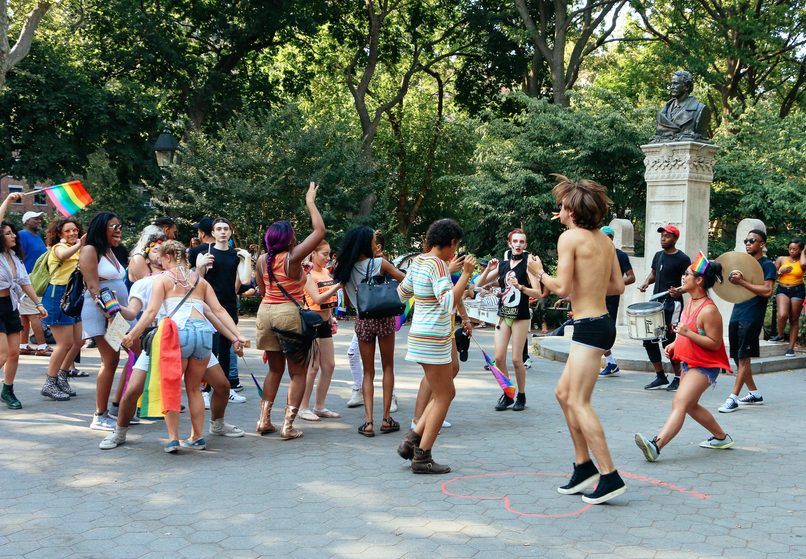 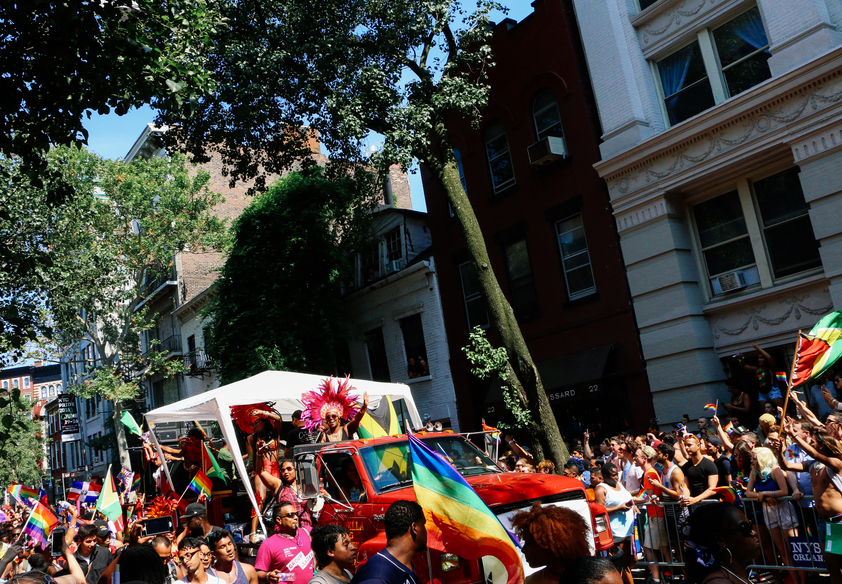 The Pride spread happiness and excitement in the city. After the shooting in Orlando, the community felt the need to stay close and to celebrate a positive and accepting culture. Big organizations had floats dedicated to the diversity in their companies, and there were many kids at the parade

As someone who has lived their entire life in a state where the LGBTQ community is very small. Moving to New York City has been a huge sigh of relief, because I have never seen such a large, open and accepting community in such a densely populated place. This past Sunday June 26th I attended the famous NYC Pride parade with a couple of my close friends; and I have never been happier in my entire life. This might sound cliché but the saying, “happiness is contagious” is the epitome of what the Pride parade felt like for me.

Although the parade was probably on one of the hottest days this summer so far, that did not prevent the happiness and excitement to contagiously spread through the crowd. The entire queer community was coming together to celebrate their history and nothing could take the feeling of euphoria coming from every single person in the crowd. As the floats would pass I would see people from all different backgrounds cheering and singing along to the songs playing. Big organizations like Buzz Feed, Facebook and Netflix had floats celebrating the diverse and accepting culture of their companies, but when I saw the toddlers and babies all dressed up in rainbow colors―I started to tear-up.

It’s little things like this that make my heart smile so wide. Regardless if the parents are or are not part of the queer community they are teaching their children about being accepting and that is just so meaningful to any queer person who has ever been or felt discriminated. Parents like the ones who brought their children to the parade on Sunday are the ones who are helping create a positive and accepting culture for the next generation and will assist in eliminating all the hate that we see today towards the LGBTQ+ community.

As the parade went on, I interacted with the crowd and asked them a couple of questions about their experience at Pride. When I asked about how different is the vibe from this years Pride in comparison to last years, Anthony, 42 years old, from Brooklyn, told me: “we’re having fun, but we’re morning”. He also added that “last year it was all about the marriage equality bill, but this year it is about Orlando.” I told him that I was from Orlando and he immediately came in for a hug. New Jersey college student Matthew (age 22) told me: “I only came for Orlando. This is my first Pride parade and I wanted to come out and show my support to the community.” I then asked if he was enjoying the parade so far and he added “of course I will be coming every year.”

Many floats on Sunday incorporated some sort of symbol in remembrance of the Orlando shooting. Either with all the names of the victims somewhere on their float or with just a sign with #OrlandoStrong written on it. My heart was filled with joy not only by seeing everyone remembering the lives of the victims but also by seeing every single person celebrating their true selves and not being afraid to be who they really are. It was extremely inspirational. This Pride parade was not only my first ever Pride parade but the first time I really felt part of the queer community. I met so many amazing people with incredible stories that shared the same passion I have for the community and I will never forget this day. #LoveisLove