Chinatown is located at the intersection of Little Italy, Soho & Tribeca. When stepping off the J, N, Q or 6 train at Canal, you are greeted by a mind altering visual of Chinese life, displayed throughout the winding streets of this fascinating enclave

My intention, when I began a film location division, was to bring film makers to outstanding residential properties in all 5 boroughs of NYC. The Mayor’s Office (under Bloomberg) had a highly viable site dedicated to filming in NY. In fact, since John Lindsay, no one promoted filming in NYC more that the Bloomberg administration. It was through my link to the MOFTB (Mayor’s Office of Film, Theatre & Broadcasting) that my small but noteworthy business idea became frequently requested.

At that time, it hadn’t occurred to me that commercial venues might be as appealing as private homes/apartments in hosting large film crews. So when I received a call from the Director of Development at DCTVNY, mentioning that their offices were housed in a landmark Firehouse on Lafayette Street, my interest was piqued. The firehouse, located at the tip of Soho and Chinatown, was designed in the French Renaissance style by the noted architectural firm Napoleon LeBrun. In 2005, the building was being used for TV production and was perfectly adaptable for multiple use; a perfect venue for large parties/ fashion shoots. Besides, it was a piece of NYC history.

The requests were endless, and I enjoyed my link to the Firehouse as much as any of my private residential listings. Most especially because scouting with location agents gave me the ability to shop at some of the city’s freshest produce stands, on almost all corners of Chinatown.

When it comes to sections of the city that are long on history and close in distance, no other neighborhood is as rich in old world authenticity as Chinatown, located at the intersection of Little Italy, Soho & Tribeca. When stepping off the J, N, Q or 6 train at Canal, you are greeted by a mind-altering visual of Chinese life, displayed throughout the winding streets of this fascinating enclave. 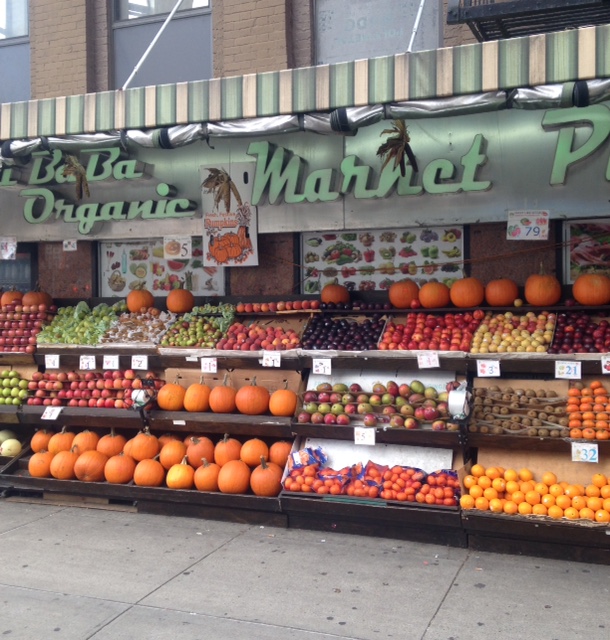 The Columbus Park, formerly known as Mulberry Bend Park, and renamed in 1911 for Christopher Columbus, is located in the famous 5 Points historical district. Today it serves as a gathering place for the local community where people meet to play mahjong and perform traditional Chinese music. But most noteworthy are the Tai Chi classes practiced every morning by residents and neighbors, to bring in the day and ‘welcome the sun’ along with a combination of martial arts and kung fu.  All that is required is an abundance of energy and good vibes. 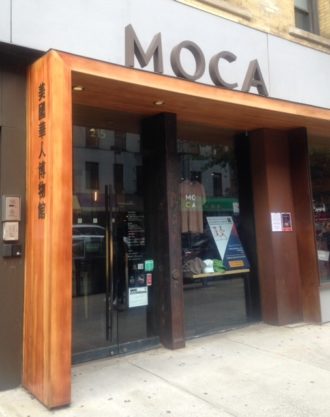 The Museum of Chinese in America, MOCA, is a non-profit educational and cultural institution that presents the living history, heritage and culture of Chinese Americans through exhibitions. It was founded in 1980 by historian John Kuo Wei Tchen and architect Charles Lai, to promote a better understanding of the Chinese American experience with a drive to preserve tradition. Many of the museum’s exhibits emphasize the choices made by Chinese immigrants, by giving voice to people who had none. In 2005 the museum was among the 406 NYC arts institutions to receive part of a 20M grant from the Carnegie Corporation, made possible through a donation by Mayor Michael Bloomberg.  It moved to 215 Centre Street in 2009, increasing in size by six-fold to a space designed by the brilliant architect Maya Lin. 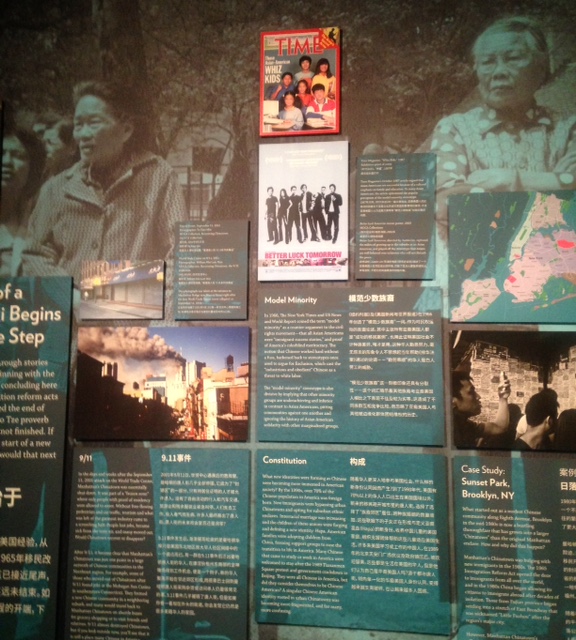 Another stop while browsing the streets of Chinatown, is the Eastern States Buddhist Temple on Mott Street; a quiet oasis dedicated to meditation and respite from the hustle of the congested streets, as well as a shop displaying a vast collection of Buddhas and other religious items. Although a large tourist attraction, it’s a place to offer thanks for all the bounty.

But of all the significance associated with this section of NYC, none is displayed in a more vibrant, spirited and traditional manner than the Chinese Lunar New Year, usually known as the Spring Festival. It falls between January 21st – February 20th and this year will begin on Tuesday, February 5th. The celebration begins at the turn of the lunisolar Chinese calendar. It is one of the world’s most prominent and celebrated festivals and involves the largest annual mass migration. Although the centuries-old festival is associated with several myths and customs and is traditionally a time to honor deities and ancestors, regional traditions vary widely.  It is a time to thoroughly clean the house by sweeping away ill fortune and making way for incoming good luck. Windows and doors are decorated with red paper and cutouts symbolizing good fortune, happiness, wealth and longevity.  2019 is the year of the Pig. 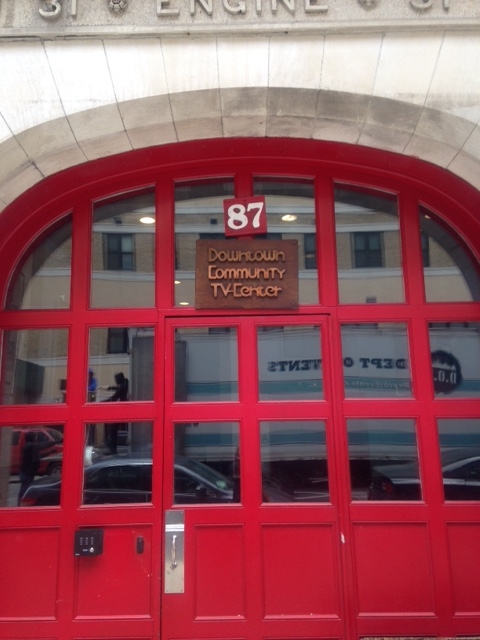 This article would not be complete if I did not mention the vast food options in Chinatown.

A personal favorite is the Peking Duck House at 28 Mott Street. I’ve been going there for years, and have never been disappointed. Prepare yourself for a classic Chinese dining experience. It begins with an impressive presentation, when an entire duck is brought to the table and carved. But get there early as they only cook 100 per day !

Chinese Tuxedo, would be a 180 degree turn from what is expected when considering dining options. Rehabbed from an old community house on historic Doyers Street, this sleek & modern eatery with a stadium style bar terrace was named ‘Eaters’ most gorgeous restaurant of the year, 2017’.  Chinese Tuxedo takes its name from Chinatown’s first dining establishment.  Guests enjoy a menu of reimagined traditional and classic Chinese banquet dishes, such as honey-glazed char siu pork, ink squid noodles with shitake mushrooms, to name a few. The bi-level space, once the headquarters for Chinatowns notorious tong (gang) wars in the early 1900s, has an eye on what’s next for this essential NY neighborhood. The list continues: enjoy exploring ! 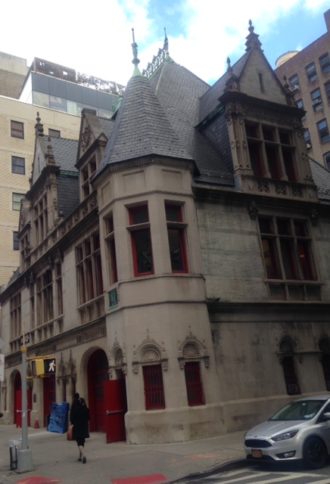 I have always felt a strong inner bond with Chinese philosophies, culture and traditions. In fact, over the years I’ve been asked if I have an Asian heritage. It could have something to do with my wardrobe, which I wear with great pride and comfort, most especially my kimono collection, my love for jade, and some wonderful sashes/obis that have been bestowed on me by friends who know of my love. I have often thought that their sensibility, displayed through a deep rooted wisdom and passed down through centuries, is the reason for their longevity. But whatever the reason, my favorite compliments have been with this association.

On a final note, the depiction in Roman Polanski’s Chinatown, since the film’s release in 1974, has undergone some major social reforms. However, the aesthetic remains intact, and visiting this unique and historic section of Manhattan brings to mind how much of its crime ridden reputation of the 1930’s  has been cleansed. For those of you who share my addiction to film, who can ever forget the advice given to Jack Nicholson, with one of cinemas most notable lines …   ‘forget it Jake, it’s Chinatown’ !