Leggi in italiano
In these lobbies you witness art and culture mixing with greed and power and you feel the freedom and happiness of being who you are without judgment. Take the time to look around and you will see a world of opportunities. The gloom of today’s pandemic will soon fade and make room for wonderful new opportunities of the future to which NYC hotels are already adjusting.

Hotels in New York have survived the most difficult of times, they managed to flourish by changing, adapting and most of all by re-inventing themselves, while always keeping ahead of their times.

In the many years I have been living in New York, I’ve become an expert of hotels in the city, both because of work and mostly out of passion. I’ve seen new hotels open up, change, become popular and disappear. I first arrived in New York in 1992 as a tourist and I still remember as if it were today, walking down Times Square, overwhelmed, as everyone is when they first arrive in Times Square; although the Times Square of the 90’s was very different from the one we experience today. I remember the enormous size of the buildings, the dazzling lights and most of all, the excitement and energy that I felt, which has remained the same through the years.  I was surrounded by immense hotels and I kept asking myself how it was possible to manage that size. I also wondered whether I would ever be able to work in one of them someday and meet the guests from all over the world, who stay in them. I know it’s a cliché, but I felt like a kid in a toy store.

Once I was back in Italy, I resigned from the hotel where I was working, packed a few clothes and within less than a year I moved to New York. After many fruitless interviews, I was blessed to interview with a remarkable woman, Ms. Deanne Gable. She was the General Manager of a brand-new art deco style hotel in Times Square, The Macklowe (now Millennium Times Square,) which had 800 rooms and was 49 stories high. She made my dream possible by giving me a chance and hiring me when I was about to give up. I was suddenly catapulted from a small four-star, 100 room hotel in the heart of Verona, Italy, to Times Square in New York. I was ecstatic, and although my intention had been to remain for only two years, as often happens when you discover New York, I never left. 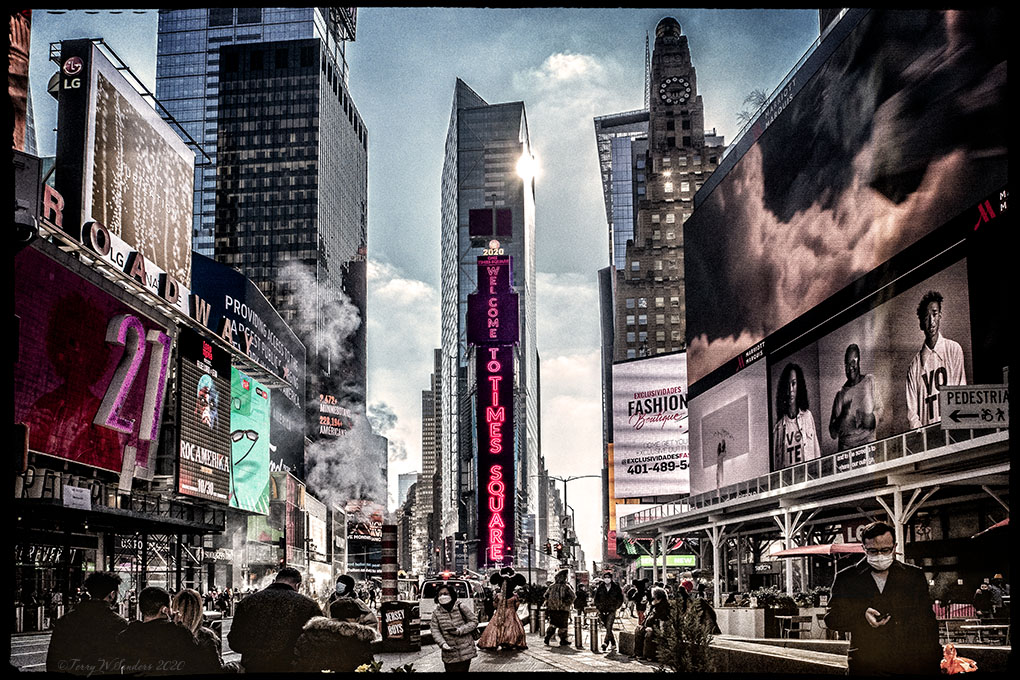 I fell in love with New York and with the amazing life of its hotels. In my first year as a manager at the Macklowe I had the chance to meet some famous celebrities of the 1990s. That certainly made an impression on me. Courtney Love, for example, one day came down to the lobby screaming that someone had stolen her engagement ring that Kurt Cobain, of Nirvana, had given her, spreading panic to guests and staff alike. Another time the famous rapper Notorious BIG refused to leave when he was due to check out. Since the hotel was sold out, we had to deny him access to the room to make him leave. Security double locked his room, and while taking an inventory of all his property they found some weapons as well.  At checkout the argument escalated to the point that the bodyguard spat in the face of a colleague and good friend of mine, Francisco Morales.

There was never a dull moment. Like the day the famous actor Wesley Snipes showed up in the lobby of the hotel dressed in drag and started walking around to the surprise of the guests. He was shooting a movie in Times Square with Patrick Swayze, also in drag, “To Wong Foo, Thanks for Everything”. I had already met my share of celebrities in Italy as well. The first hotel I worked in while in Verona was a small luxury residence which used to host opera singers for the renowned Arena di Verona Opera festival. I met many among the “Who’s Who” of the 1980s opera world: Jose Carreras, Placido Domingo, Luciano Pavarotti, Montserrat Caballé. It was fun, particularly when in the lobby, they were talking about the “terrible” performance of a colleague, about how he “screamed instead of singing” until such colleague suddenly appeared and as in a perfect opera scene they all exclaimed, “Amore, you were superb last night, what a remarkable performance”!

I immediately found that the scale of excitement in the New York hotels was quite different, unique experiences happen on a daily basis and no one is surprised. During a recent lunch with the Editor of La Voce di New York at the Midtown Manhattan restaurant, “La Villetta” we discussed the idea of writing about this journey through the history of New York hotels, with a column that would make the readers feel like they were active participants.

Since the early days, New York hotels have been at the forefront of what would later become the trend in the hospitality industry everywhere. These range from architectural style to interior design, customer service, marketing and technological advances. In New York you can find the most bizarre combination of hotels: the old historic living side by side with the trendy and fashionable, all sharing a city where they can both fit in. Unique hotels that go from the underrated to the overrated, from classy to splashy, from chic to kitsch. Hotels that can host Royals and Kardashians alike, Heads of State, starlets and celebrities from A to Z, fashion, passion and everything else in between. Each hotel represents a unique time capsule. No city has changed this much in such a short period of time and hotels are the living proof of that change.

We will travel behind the scenes, dipping into anecdotes, tragedies and sometimes comedies that thrive in this microcosm. We will participate in their lives, witness their rise and sometimes their fall.

The real celebrities of New York are the hotels themselves. From the very moment they are built according to a specific design and personality, they will attract a very specific type of guest; they may be fashionable, iconic, preppy, stuffy, unconventional, hipsters, corporate, trendy, a mix of be’s and wannabe’s.  It is more likely that you, as a guest, will be defined by the personality of the hotel that you have chosen rather than the other way around. In our journey you will discover the fascinating history of the buildings and how they came about. What made them successful and what did not, and what is successful and trendy now and why. Travel from the blazoned Astor Family with their Gilded Age hotels of the 19th century to today. We will go from the upscale Pierre and the Plaza to the trendy Standard Highline and Refinery, and a lot of others in between.

We all share our unconditional love for New York. There is something magical and unique about New York, some sort of immense energy that the city radiates that makes you feel alive, free and accepted.

New York, more than any other city, is defined by the life of its hotels. Hotels have often been overlooked by other more lucrative industries such as finance or real estate, but nothing gives you a sense of what the city is like more than walking through the lobby of a New York hotel.  In these lobbies you witness art and culture mixing with greed and power and you feel the freedom and happiness of being who you are without judgment. Take the time to look around and you will see a world of opportunities. The gloom of today’s pandemic will soon fade and make room for wonderful new opportunities of the future. Contrary to the famous saying, this city does actually sleep in these wonderful hotels; however, it does not give up.  New York hotels changed the city and the city changed them as well, but always for the better.

Stay tuned and embrace with us the wonderful life of New York Hotels, in our future column. Welcome to Gotham.