Leggi in italiano
Responding to a question from La Voce about the role of the economy and banks in the quest for profit as well as the development of culture, Bazoli remarked: “Our bank has always been, by its tradition and history, very committed to social and cultural plans. I said before that worthy political policies are always magnanimous and generous: I could say the same of a bank. A great bank should be generous: not just for the gesture, but for the long-term effects of its generosity.”

Giovanni Bazoli was commended in the headlines almost forty years ago for restructuring the Banco Ambrosiano after the dramatic, and at times tragic events, that culminated in the death of the banker Roberto Calvi. After the political and economic earthquake that rocked the First Republic, it was Bazoli himself who confidently steadied and steered the Institute that found itself overwhelmed by those ups and downs, towards recovery. A recovery that ambled through acquisitions and mergers under his steady guide, and led to the creation of Intesa Sanpaolo, one of the most important credit institutes of Italy.

Today Bazoli is the Chairman Emeritus of that bank, President of the Giorgio Cini Foundation, and Professor Emeritus of Law at the Università Cattolica di Milano. More to the point, he is an especially attentive observer of the current economic and political trends of the world in which we live, seen not from the perspective of an economist–he has a degree in Law and  was a Professor of Government and Public Administration at the Università Cattolica di Milano–but of a profound expert on the economic, political, and cultural dynamics that have shaped the historical processes that have culminated in the challenges of our time.

Because of his multifaceted expertise, Bazoli was invited by the Italian Academy at Columbia University to give his talk on the topic of “Globalization, a Missed Opportunity.” Professor Bazoli was introduced by Consul General Francesco Genuardi. Also in attendance were the Director of the Italian Institute of Culture, Giorgio Van Straten, and the Director of Casa Italiana Zerilli-Marimò of New York University, Stefano Albertini.

On numerous other occasions Professor Bazoli had urged us to rethink the entire concept of the market economy at “this critical moment for democracy,” and had pointed out that the problem “is not globalization in itself, but the way in which it has been managed—or managed poorly.” Bazoli traces the roots of globalization to 1989, when the West triumphed over Communism, yet at the same time lost the opportunity to inaugurate “a liberal-democratic universal order.” Instead globalization initiated a process of marginalization that today is confirmed by demographic and economic statistics.

This universal liberal-democratic order, according to the former president of Intesa Sanpaolo, would have ensured a sustainable economic growth– thanks to the unrivalled power of the United States—a circumstance that Zbigniew Brzezinski, Security Adviser under Jimmy Carter defined as an “extraordinary degree of worldwide consensus” during his visit to Castelgandolfo in 1989. So, what caused this missed opportunity? Bazoli believes it was the overweening power of economic and financial imperatives over politics.

In his opinion, the decisive factor was when capitalism became hyper-capitalism. Between 1989 and 2008, this process was established and characterized by a radicalization of the capitalist model, a “distorted conception of enterprise,” and an “exaggerated quest for profit.” At this point, the weight of finance on the economy had grown to excess. Bazoli acknowledged that it was then-U.S.-President Clinton’s administration– supported by eminent economists–that definitively promoted a “financial explosion,” that was based on the theory of the so-called “absence of risk.”  Mr. Bazoli explained that, in order to pursue a constant growth model that would have been otherwise unachievable, the banks, relying on the financial sector, shifted the high-risk credit onto the market. The 2008 crisis started here—a crisis from which, he underlined, the Italian banks, with few exceptions, were almost immune because they were among the few that did not pursue this particular model. According to Bazoli, the free world trade agreement of 1994 is another one of the root causes of the mistakes of globalization. It allowed China and other countries into the market without concrete assurances and adequate controls regarding the respect of democratic standards. But, as he pointed out, the relation between market and democracy is not one of “interdependence. Rather, of asymmetry.” The professor is convinced that this mistake was not made in good faith by all the parties involved, nor dictated by taking for granted the relationship between those two variables; on the contrary, in his opinion, there were those who took advantage of the situation to chase the “new opportunities for profit,” built on the premise of “tax havens and outsourcing processes” that would lower the cost of labor.

In his view, Europe is among those powers that were most unfairly disadvantaged by these processes. Taking into account that Europe’s economic model must coexist with a welfare state, its “inferiority complex” towards the United States is unjustified since the U.S. does not have to abide by the same restrictive conditions.  For Bazoli, the European error was in not settling on a sustainable growth rate consistent with the characteristics of its own system, but wanting, at all costs, to follow Washington’s lead. 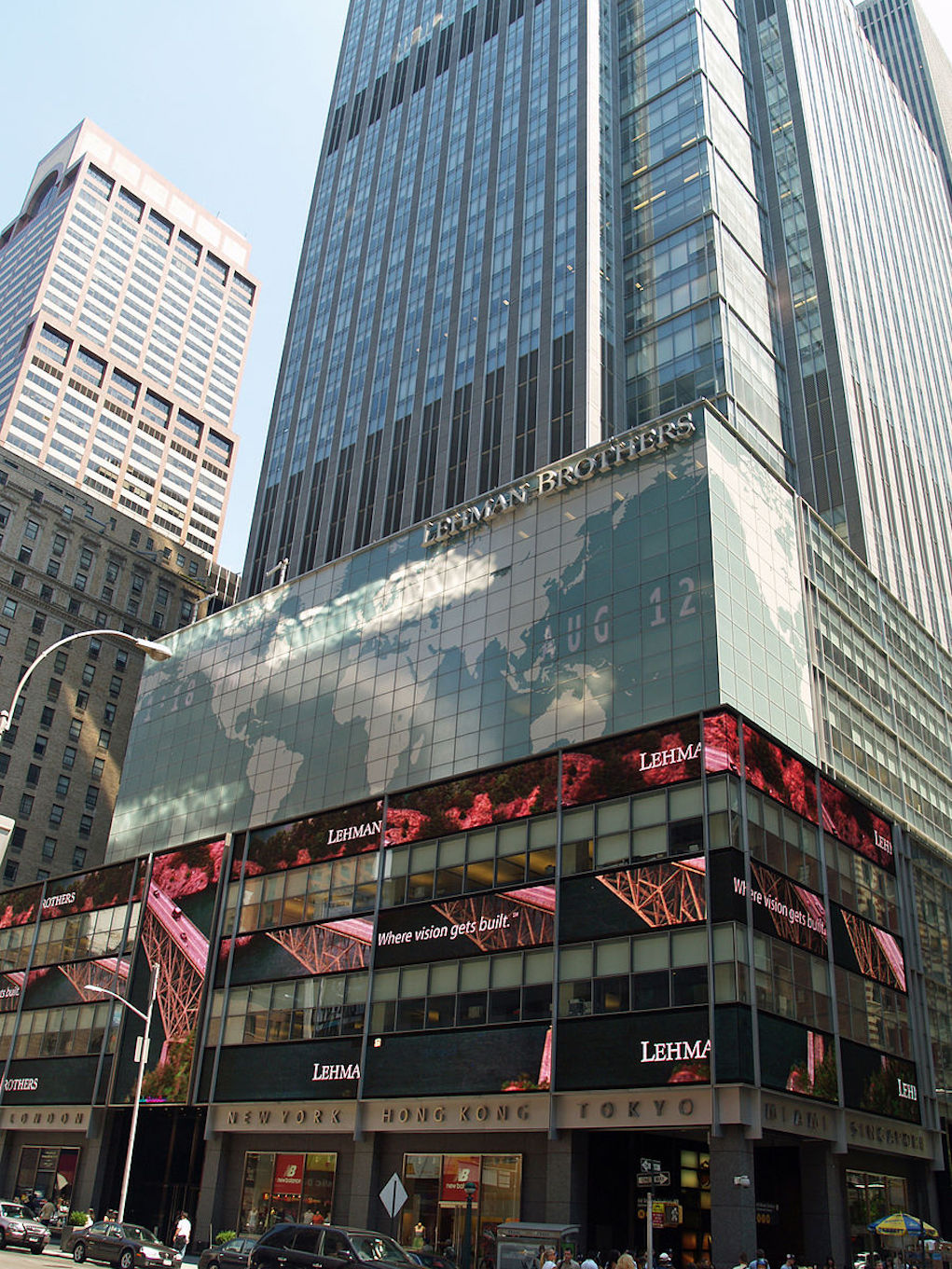 Few were alarmed before 2008, yet, “I was worried,” he explained. So much so that, in 2002, he predicted that “the future of the world is at risk.” The crisis of 2008, in his opinion, demonstrates that the West was a “victim to the excesses of its own system.” And that storm, which blew over in the United States thanks to state intervention and bailouts, left serious consequences that are still far from being resolved.

In light of such a scenario, Bazoli suggests that it is necessary to take note, without undue concern, of the shift in the balance of power that has resulted from the loss of western hegemony, and consequently, of the new economic powers that are emerging on the global level. The outstanding concern that does exist, however, is that new economic leadership does not espouse a cultural, civic and political point of view.

Another problem that bears close observation is the “corrosive effect of the crisis on western democracies”. This crisis has taken on the form of a “revolt against the élite” and against the claim of “sovereign ideologies and governments.” The political choices of President Donald Trump, intended to strengthen internal growth by erecting protectionist barriers mainly against China and Europe, will result in an inevitable weakening of the West. This trend, noticeable across the Atlantic, is echoed by Brexit as well as general European nationalism.

Is resignation, then, our only recourse? Without a doubt, for Bazoli, “the West has lost [the] vision” that it enjoyed at the end of the Second World War. And the “short-sightedness of today’s rulers” results in a lack of cultural and moral order, and therefore an ideological and cultural failure. But the most insidious evil for Bazoli is “the selfishness” of an approach based on the “here and now,” while, in his opinion, “great politics is always magnanimous and generous.” And it is precisely from here that we must start again; if the EU and the West do not find the creative spirit of the past, Bazoli contends that they will have signed their definitive sentence to marginalization.

A rich and complex analysis, which traces the last thirty years without hesitating to criticize, even bitterly, the errors of an economic and political model that have undermined the West’s economic and moral superiority. Bazoli’s is also a critique of the financial economy aimed at pursuing profit alone, and which loses sight of the big picture. It is worth noting that Bazoli’s career was built by focusing on the comprehensive vision and a commitment to the enhancement of culture. Indeed, he has played a crucial role in the founding of the Gallerie d’Italia, Milan’s modern and contemporary art museum.

Responding to a question from La Voce on this topic, the Chairman Emeritus of Intesa Sanpaolo noted about the role of the economy and banks in the quest for profit as well as the development of culture, “Our bank has always been, by its tradition and history, very committed to social and cultural plans. I said before that worthy political policies are always magnanimous and generous. I could say the same of a bank. A great bank should be generous: not just for the gesture, but for the long-term effects of its generosity.”

A bank, he argues, “lives off its operating system. If this system does not grow, not only from an economic point of view but also from a cultural and civic one as well, sooner or later it dies.” In this sense, rather than generosity, it is a case of “farsightedness.” Therefore, for Bazoli there is no conflict between morals and economics.  He reminded us that, “The banker Mattioli gave as his opinion that the problem was not of a moral nature, instead, of a lack of farsightedness. Morality, at that point, is more part of the manager’s moral education… There is a lot of talk about merit, however, merit shouldn’t be judged solely by the ability to produce economic results, but by producing them in a certain context.”