The US-Mexico border. The "migrant crisis." The arena of the fake-news-driven, isolationist rallying cry that took 2016 by storm, and that risks dominating the 2020 election as well. I went to an emergency assistance “welcome” center for refugees and migrants a few miles from the border to understand the truth as we head into 2020, to find out who and how many are crossing, and why.

The facts on paper- not fake news – speak for themselves: the all-time high of unauthorized border crossings was in 2000 with 1.7 million, mostly Mexicans. There is now more net migration into Mexico than outside of it. What’s more, this year approximately 600,000 people from El Salvador, Guatemala and Honduras crossed the border. This is not only dwarfed by historic highs of the past, but it reflects the crisis that is actually happening in the Northern Triangle: homicide levels that rival global war zones, femicide, poverty, and climate pressure all rising, not falling.

In practice, the fact is that even families from the Northern Triangle are no longer making it through. With recent policy changes towards Mexico and Central America issued under the Trump administration – including paradoxical “safe third country” agreements and “Remain in Mexico” (not to mention the elimination of legal pathways to entry and protection such as Temporary Protected Status and the slashing of the national refugee admissions quota) – arrivals have slowed to a trickle, which Trump will no doubt claim as a success. Those trapped in the Northern Triangle are simply facing intolerable horrors out of sight and out of mind. The center has only a few families from Mexico when I visit. Parents and young children who made it through after waiting for months in tent cities on the border – now the most dangerous places on earth today. Sicarios, narcos, intolerable delinquencia. More hotspots, regional instability and migration will be generated with a bottleneck approach, not less. 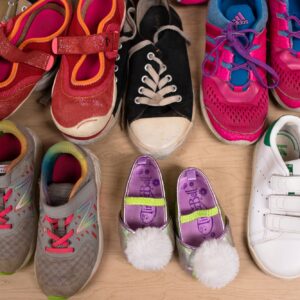 Whether from Central America or Mexico, the horror stories are too many to count and too awful to describe. And they are analogous: The gangs tried to kidnap my 6-year old son on his way to school. The police are corrupt and could not help me. They killed my father before my eyes. I worked the fields under the sun for months and they extorted me for everything I was worth. Even leaving my house became a risk on my life. I could no longer endure to live under these conditions. I didn’t want my children to die. “Put yourself in my shoes,” a young mother tells me. “You don’t leave your house, our country, if you are well in it. If the choice is death or life, I choose life.”

Against this horrific landscape, the worst and scariest experiences many of these refugees face are on the American side of the border. ICE detention can last anywhere from a couple of days to a number of months. Child separation is reportedly still ongoing. A 16-year old boy only recently died in their custody after being denied urgent medical care. If they make it past ICE detention, if not immediately deported, they await immigration court dates (often three or four years from now) while shackled with an ankle monitor. Many cannot read, and speak only indigenous languages. Their future in the US is nowhere near certain. They have no compass to navigate the fierce winds set deliberately on hurtling them from whence they came. And from whence they came is the mouth of a shark. 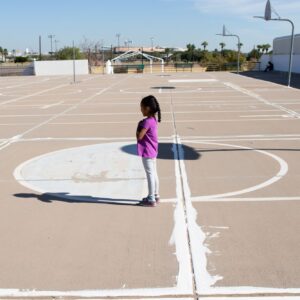 The trauma inflicted by ‘Fortress America’ is the part that is hardest to hear, from people whose only torch is hope. But we must look at the pain of that truth in the face. The potential to turn the American dream into a nightmare and back again is in our hands and ours alone. This is an invitation not just for greater awareness about the reality at the border, the reasons people leave their homes and everything they hold dear in the dead of night. It is a call to solve this man-made crisis on the border with sane policy; Democratic contenders to the 2020 election must recognize this necessary and fundamental shift away from enforcement towards safety and fairness.

Should we fail, the narrative will continue to fuel confusion and disarray at best, hatred and loss of life at worst, and an intelligent policy solution will continue to evade us. It is time to say that this crisis can be managed; if the Administration or the Democratic nominee for President makes it theirs to solve. The choice is not between migrants and refugees arriving or not, it’s about the humanity with which we meet them. The current system multiplies trauma, magnifies crisis and fails both those who deserve the right to stay and the nation at large. Should we fail to confront the problem, our American dream, that shared by the millions who call themselves Americans and the millions who wish to, even for a time, will sour into a nightmare.