"The only way is through empathy, putting yourself in someone else’s shoes – the foreigner that risks his life to save his children, or a child that returns silently home because his friend told him, ‘I can’t play with you anymore because you’re black’, and perhaps even replied, ‘I’m sorry’.” “You’re always someone’s foreigner”, wrote Tahar Ben Jelloun in 1998 in the essay turned best seller, “Racism Explained to My Daughter”, to recount to Merième, who at the time was ten years old, what was happening in France, in such manner so as to educate future generations about tolerance. It was the period in which the Debré Law was introduced, which required immigrant data collection.

Now more than ever, that phrase is valid, states Gabriella Nobile. She works as an agent for photographers and directors, but she is also the founder of Mamme per la pelle, a non-profit association that brings together adoptive, biological or custodial mothers to protect their children who may be subjected to discrimination because of their origins. Many years ago, she and her husband, Marco, adopted Fabien, born in Congo and Amelie, born in Ethiopia. Today, they are 14 and 9 years old. Gabriella wrote this book,    I miei figli spiegati a un razzista, (My Children Explained to a Racist, published by Feltrinelli), where she writes about the frequency with which the most banal episodes of racism occur towards her two children of color. But also how insults, marginalization, mean gestures, and suspicions are always due to the color of their skin. She was thrust into the news spotlight two years ago, after a post on Facebook, where she basically penned an open letter to Matteo Salvini, who at that time was the Minister of Interior in Italy. In this open letter, she recounted how her daughter would continuously ask her, “If he wins, are we going to be sent back to Africa?”.

Gabriella, why did you write this book?

“To recount in a lighthearted manner what also happens in Italy. It’s not a racist country, but it is clear that there are unresolved problems, or perhaps problems that have just never been seriously confronted. It’s not possible that Italians with dark skin aren’t considered citizens of this country only because they’re not…white”. 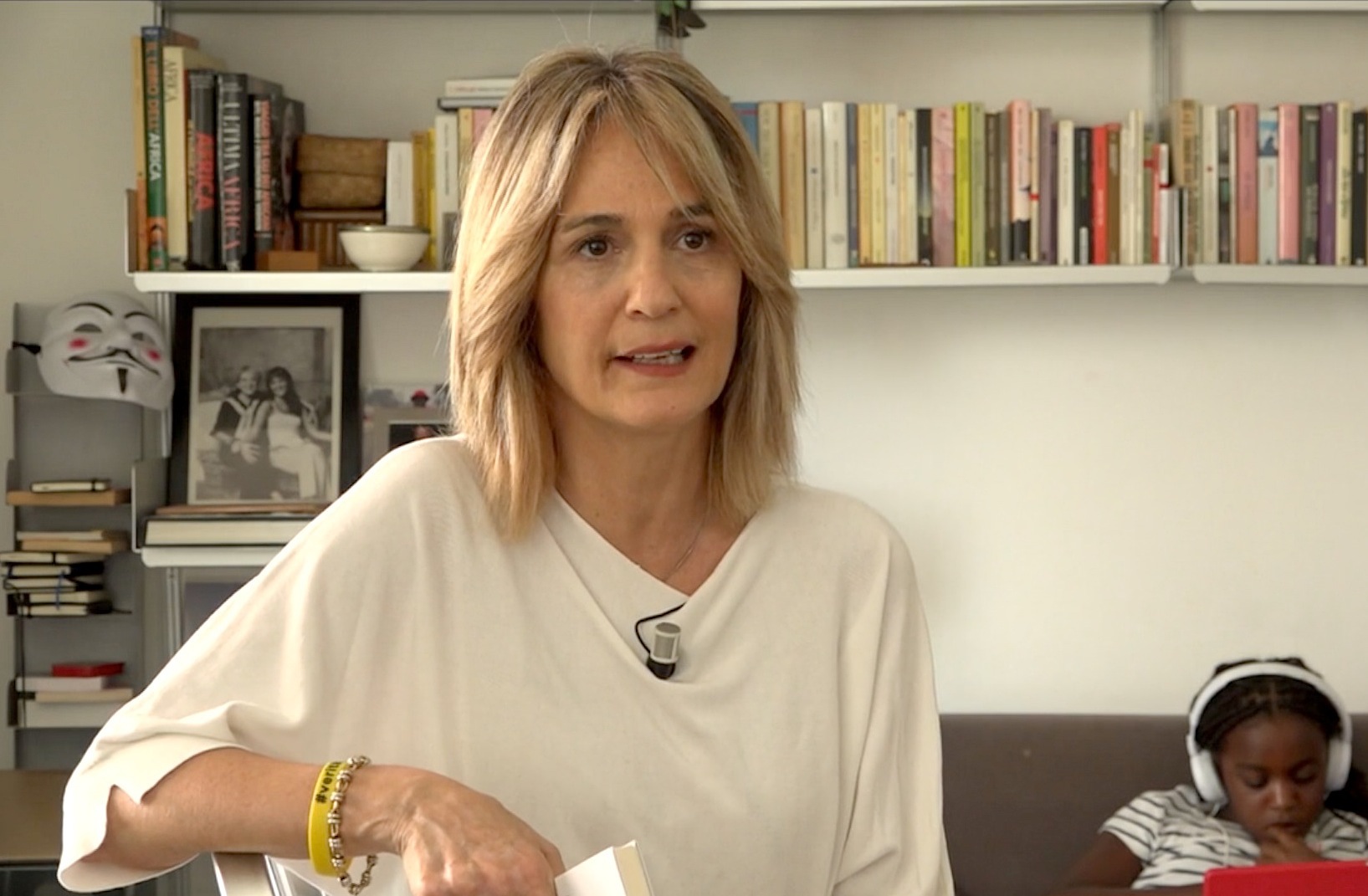 How can racism be fought?

“The only way is through empathy, putting yourself in someone else’s shoes – the foreigner that risks his life to save his children, or a child that returns silently at home because his friend told him ‘I can’t play with you anymore because you’re black’, and perhaps even replied, ‘I’m sorry’.”

Is that what happened to your daughter, Amelie?

“Yes. Her best friend told her something similar, and she came home without saying anything. I discovered what happened thanks to Fabien, who had overheard the conversation. I contacted her mother and explained to her what had happened. She responded, ‘I don’t know how that’s possible; at home we never say such things. Of course, when we encounter a street vendor we say: ‘See? He has the same color skin as your friend, Amelie’.  We never got together again after that”. “They’re fundamental to give these kids a sense of belonging that has been taken away from them. The paradox is that my son, who wasn’t born in Italy, is Italian. The son of an Egyptian who’s been here for twenty years, and who was born in Milan, doesn’t have citizenship. This is wrong. Liliana Segre, who wrote the preface to the book, tried to create a parliamentary commission on racism, but she wound up under escort. We didn’t know each other, but when I reached out to her via email to see if she would introduce the book, she accepted. She especially liked the part where I talk about empathy, which is the only thing that makes us human and makes us stop being only objects. Stücke, as the Nazis would say, that is, ‘pieces’”.