According to Prime Minister Giuseppe Conte, the priority is to protect public health, even at the "cost of giving up certain liberties". Due to an increase in daily cases of about 2,700 new positives, obtained from around 90,000 tests, Italy again enforces wearing masks even outdoors in regions such as Lazio and Lombardy, and requires restaurants and bars to close at 11pm.

Italy is in a very tense phase, as COVID-19 cases are on the rise, and neighboring countries like Spain and France are seeing an alarming increase in people testing positive to COVID-19. In the last 24 hours there have been 2,677 cases of coronavirus out of 99,742 test swabs and 28 deaths. Those that are currently positive have increased by 1,231 units, those discharged / healed are 1,418. The regions with the most new cases are Campania (+395), Lombardy (+350) and Lazio (+275). Although Italy has been praised for its handling of the pandemic, the situation continues to slowly deteriorate, week after week.

Prime Minister Giuseppe Conte therefore asks that the Italian people pay “the highest attention” to the rise of infections from Covid-19 and reminds Italians that the highest priority is to protect public health, even at the cost of “giving up some liberties”. According to Conte, it is essential to continue to follow the principle of “the utmost precaution”. For this reason, he has extended the state of emergency until (at least) January 2021, and has set new mini-lockdowns, such as the closure of restaurants and bars by 11 pm.

In an interview with Repubblica and Il Corriere della Sera, Conte recalled that, “Since the beginning of this crisis, the government has followed the method of maximum precaution. The pandemic is still fully unfolding and the constant increase in infections throughout Italy, even though still under control, requires us to keep stay on guard and to continue to be very cautious “. The launch of the next dpcm is expected by Wednesday, which will present some new possible restrictions, starting with the one regarding the use of masks even outdoors. Rome, Piazza del Popolo around a week ago.

Conte, however, left discretionary power to the individual Italian regions, which are therefore tasked with “doing it themselves”, and choosing which precautions and rules to impose on citizens. Zingaretti, for example, the president of the Lazio region, has already re-enforced the obligation to wear a mask even outdoors throughout the region. “I agree with the new rules,” explains Antonio Fiori, who has lived in Rome all his life. “I just think about how doing so little, such as always wearing the mask, can save lives and avoid a second lockdown.” Although Conte has denied the possibility of the country falling into a second lockdown, concerns still persist. If we go back to a situation like the one in March, how can we not go into a lockdown?

Walter Ricciardi, consultant to the Minister of Health Roberto Speranza, interviewed by the newspaper Repubblica, expected an increase in infections greater than what actually occurred: “We said from the beginning that this is a virus with an exponential trend. The moment you lose control of the epidemiological situation you experience very marked increases. Now we are not yet at that point, in the sense that growth is not yet exponential, but we are really at a crossroads, ” Ricciardi told Repubblica.

According to Ricciardi, Italy must now commit to enacting the prudent behaviors learned in the early stages of the pandemic. And he states that, “the Regions are right to sign ordinances that require the use of masks”, especially given the reopening of schools throughout Italy, a decision that risks creating countless outbreaks in the country. Indeed, there are many difficulties arising within schools: constant quarantines, many infections, and the constant fear of bringing the virus home to people more at risk, such as older relatives.

One of the greatest difficulties for Italy, at the time of COVID-19, is the management of the arrival of migrants: in fact, thousands of people continue to arrive in Lampedusa, and to the pre-existing difficulties regarding the housing of these migrants, now Italy must also add the problems related to the transmission of COVID-19. In Lampedusa, new hotspots are constantly being formed, since 300 or more migrants find themselves in small spaces as they cross the Mediterranean.

A 7 year old girl is given a protective mask before undergoing a sanitary screening in Rome. (UNICEF / Alessio Romenzi) 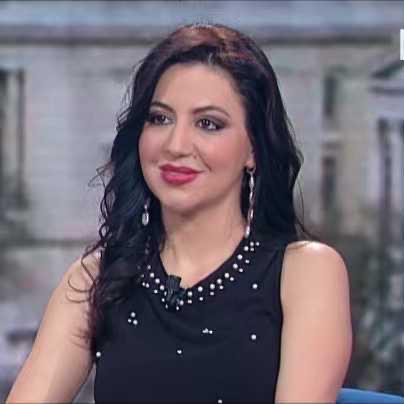 La Marca’s press release indicated that in their place, the government approved a new provision which, not surprisingly, is called “Welcome and integration”. With it the shortcomings of international law and constitutional principles already highlighted by President Mattarella are remedied and the persecution of NGOs committed to saving human lives is eliminated, to which, without lax attitudes, precise rules of action and relationship with the maritime authorities are given.

For La Marca, the persecutory attitude that had put hundreds of thousands of people on the streets, in compliance with the old legislation, is finally abandoned, with the benefit of personal and collective health and safety. Above all, the local welcome network is restored through the SPRARs, which had given a promising early sign of working, and the integration of activities for migrants in good standing are reopened, also recovering tens of thousands of jobs for the Italians involved in them.

Italy therefore remains in a period of maximum tension, and only in the next few weeks will we know if the infections will increase exponentially, or if we will be able to remain within a maximum of 4,000 daily infections. In the meantime, as Conte recalls, we must be prudent and cautious, to protect everyone’s safety and health.