Diversity doesn’t apply only to the moral character of individuals within the group, it applies also to their ideology: some are more conservative than others. While some are more empathetic to the plight of the poorest and the most disadvantaged in society, others are more focused on their own individual welfare, and extending only to their families. Those who simplistically speak of the Latinx ethnic group are simply not understanding that there is no such thing. And it is equally simplistic to say that Trump garnered so many votes from it because it’s fragmented and failed to hold together. 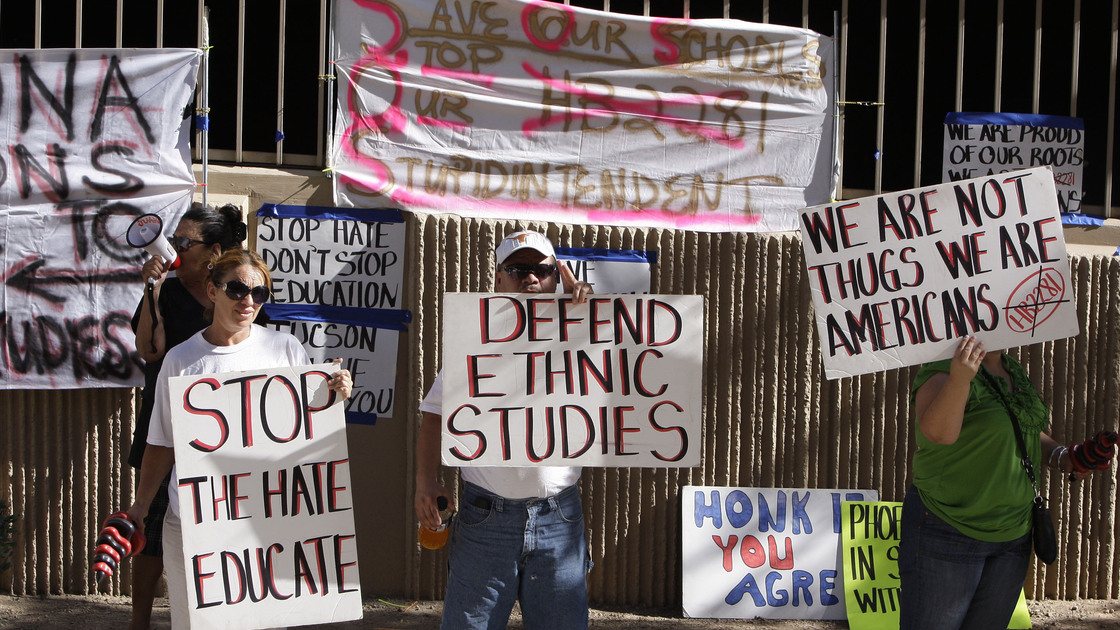 I just read another article that claimed that, “The whole idea of Latinos for Trump is counterintuitive, like chickens for Colonel Sanders….A big part of Trump’s pitch to white voters in 2016 was that a vote for him was a vote for protection — against Mexican invaders whom he glibly characterized as criminals, rapists and drug traffickers.”

But what if a significant segment of the Latinx population felt the same way? What if they wanted to readily agree that there is some truth in Trump’s insults, yet at the same time make it clear that they themselves are not like that? That THEY themselves are law-abiding citizens who value hard work, honesty, believe in the American Dream, and wish to repudiate that small percentage of the Latinx population that gives them all a bad name?

People are surprised that “Latinos” voted in large numbers for Trump and this is a popular subject of post-election analysis. In some states such as Florida, his popularity even increased, from 32% in 2016 to almost 50% in 2020. Democrats lost percentage points in the Latinx community in Georgia and Ohio as well, compared to what they garnered in 2016. 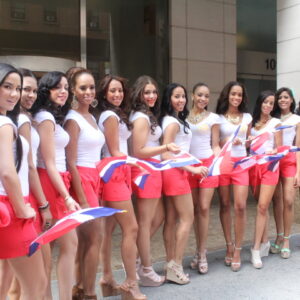 The truth is that groups—all ethnic and minority groups—are not monolithic, and it is always a mistake to apply a single label to millions of them.  To understand the meaning of the ethnic and minority labels, you need to understand that in both cases it has to do with power; both ethnic and minority are defined in juxtaposition to the “majority”, or to be more accurate, to the “hegemonic” group.  To illustrate, the LGBTQ+ community is a minority, but they are not defined by race or ethnicity. They are defined as a minority by the fact that they do not have an equal share of power as the hegemonic group.

Latinx are like all other groups of people: there is diversity among them. The cliché of “a few bad apples spoil the barrel” applies to all groups, regardless of ethnicity.  Italian Americans are well aware of this and they must live with the consequences of this kind of stereotyping. They are all painted with the broad brush of the Mafia. If your name ends in a vowel, be prepared to be lumped in with Don Corleone, Tony Soprano and his cohorts, and hear all kinds of jokes about “leaving the gun and taking the cannolis”.

Diversity doesn’t apply only to the moral character of individuals within any group, it applies also to their ideology: some are more conservative than others. While some are more empathetic to the plight of the poorest and the most disadvantaged in society, others are more focused on their own individual welfare (extending to their families). Those who have attained what they consider to be the American Dream want to make sure no one takes anything away from them, not by violent protesters who threaten to destroy their property or their good name, and not through legislation that waters down their privileges as “the good citizens”. A good name is not just vanity, it is also a matter of credibility that translates into social acceptance, eventually to assimilation, and ultimately to political power through representation and legislation.

The diversity within the Latinx population is enormous: ask a Mexican-American what he thinks of a Cuban-American. Or ask a Puerto Rican if she is a Dominican and see what happens. Even within Florida, a major Trump stronghold, there are crucial differences among the Cubans, Venezuelans and Colombians. These discrete groups would tell you that they have very little in common besides the Spanish language, and even that, given its many variations, is a complex and sometimes contentious issue. (e.g. “soseo” or “ceseo”?)   Clearly, political pundits have not cottoned on to this fact yet, though Alexandria Ocasio Cortez has recently reminded them again. 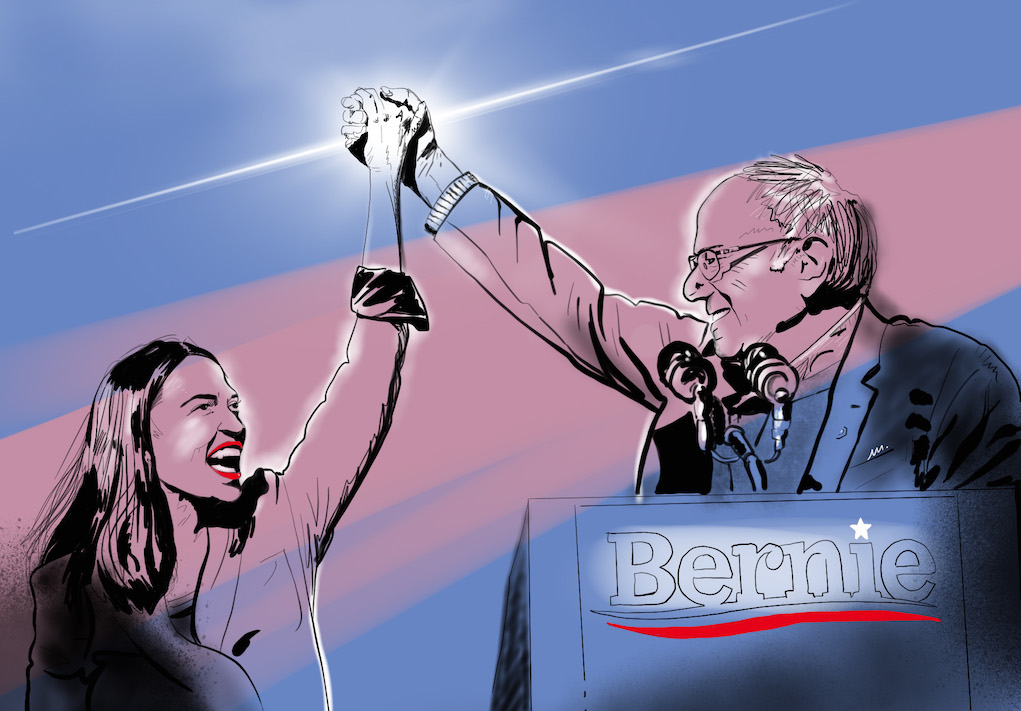 Yet this internal complexity within the Latinx population still doesn’t explain the unexpectedly large numbers of Mexican Americans who voted for Trump in Arizona and Texas. Clearly, there’s more to it than that. Psychology plays a pivotal role in understanding the behavior and motivation of minority groups. Keep in mind that I’m referring to all minority groups. There are even some places where white people are minority groups (e.g South Africa) and they too might find themselves in a similarly precarious position, with their status or their welfare in peril.

Broadly speaking, if you’re conservative you want to keep what you have and you like the status quo. The “American” mentality of self-sufficiency, hard work and individualism is exemplified by the Republican party. On the other hand, if you’re a liberal, then you tend to think more of the collective welfare and wish to share what you have, or perhaps feel that every individual should (at least in theory) have the same wealth. Usually, that involves the need for change. It’s not accidental that social justice plays such a prominent role in the Democratic platform while Trump wants to take America back into the past. On the social level, what the Left sees as a human right, the Right sees as unearned entitlement. But paradoxically, many immigrants, whether from the Left or the Right, feel that they’ve worked very hard and so don’t want “those slackers” to get a free ride. This, incidentally, is one of the principal causes for the Italian American support for Trump.

To draw on popular images, let’s say that the last man on the upward mobility ladder tries to kick off the newest arrival, fearing that the whole ladder will collapse with too much weight on it. Or, another image: the more crowded is the party, the smaller the piece of cake you’re going to get. The one cliché we hear every day from anti-immigrant advocates and surprisingly, from the minority group members themselves, is: “I made sacrifices and suffered to get where I am, now let them sweat the way I did….”  Therefore, immigrants, whether Latinx or others, are not necessarily sympathetic to their fellow immigrants. On the contrary!

It’s a fundamental axiom that immigrants must make the crucial passage from being  “outsiders” to becoming “insiders”. They do this in many different ways, but it is a long process that involves not only the generation of the immigrants, but the successive generations. Witness the mobility of the Jewish or the Italian groups. In traditional immigration patterns, the first generation is usually vilified and does blue collar work, the second generation gains access to the professions and begins to have socio-economic comfort and political representation, and the third generation becomes part of the political power class. The perfect model for this is the Cuomo family. But not to forget: the Kennedys as well. In short, in three generations an immigrant group goes from being “outsiders” to being “insiders”. 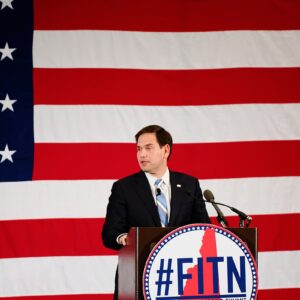 Within the Latinx population, look at Marco Rubio’s biography. We read: “Both of his parents earned their way to the middle class by working humble jobs — his father as a bartender in hotels and his mother as a maid, cashier, and stock clerk. Thanks to their loving, powerful example, Senator Rubio learned the importance of family and hard work and came to realize that all things are possible in America. He believes in the American Dream because he’s living it.” Marco Rubio is a textbook illustration of a conservative, and indeed, from the third generation given that his grandfather Pedro Victor Garcia, immigrated to the US legally in 1956.

Those who simplistically speak of the Latinx ethnic group are simply not understanding that there is no such thing. And it is equally simplistic to say that Trump garnered so many votes from it because it’s fragmented and failed to hold together. Instead, each one has its own distinctive identity, and each comes with own particular issues that not only distinguish it from other Spanish-speaking groups, but that has a richness of diversity even within the itself. In short, they are not statistics, they are simply human beings in all their complexity. The sooner we understand this, the better it is for everyone.