The memory of the Resistance is recollecting individual stories and the rediscovery of a sense of belonging to a community, the plight of a people that, in the most difficult of times, found trust and hope again to build a different future. A message that still stands today, as we try to make our way out of the tragedy of this pandemic. The date on which La Voce di New York celebrates its birthday, founded 8 years ago today. A symbolic coincidence, because as citizens and as a newspaper, we are inspired by the same values of liberty.

It has been 76 years since the National Liberation Committee for Northern Italy proclaimed the general insurrection against the Nazi-Fascism regime on April 25, 1945 in territories that were still occupied — the final turn in the partisan struggle that lasted for two decades.

That date was quickly proclaimed the following year as a national holiday to remember the courage of individuals that opposed the dictatorship and often sacrificed their lives. However, it was also to celebrate in this manner the moment in which a new Italy was established, finally liberated and democratic, and which soon after would establish legal and institutional foundations with a Constitution, to initiate this new beginning.

The choice for this date, therefore, has had since the beginning a double significance: to pay homage to individual stories, without, however, rendering the remembrance, however dutiful, commemorative only of this aspect. Alongside the personal sacrifice of individuals, of the extraordinary example of courage and contempt for danger, the significance of the new era that soon was to begin had to be commemorated – the historical turning point that was being created.

The premises for this inspiration were all at the extraordinary crossroad of destinies that characterized the Resistance. It wasn’t only an individual intolerance of the oppressive regime and the rebellion against all those within the dictatorship. It was a fight of individuals, justified and legitimate, but in the end, it was each one for himself or herself, in the name of their benefit and interest.

Rather than the rediscovery of a common purpose to be pursued, it was the perception of the link between the fate of individuals and the collective one. In fact, it was the final acknowledgement of being a community, a group of people united by a bond that went beyond blood. It was not at all a given in a country characterized by strong individualism, the heritage of ancient historical experiences in the name of political fragmentation and of particularism. Outside of any rhetoric, the significance of April 25th is the recognition of the necessity of a common path to walk upon, following the principles of liberty and solidarity, rediscovered within the Resistance.

For this reason, students would roll their eyes when Piero Calamandrei would explain to them that, if they had tried to search for the roots of the Constitution (“that piece of paper that guarantees each individual the dignity of all people”), they should go “into the mountains where the partisans fell, in the jails where they were hanged, wherever an Italian had died in an effort to reclaim liberty and dignity.” April 25th is a day to always celebrate, and for this reason it is remembered each year, the symbol of liberty, together with the faith that a fresh start is always possible, even when the new starting point are the ruins left by war. But the spirit with which we think back to those dramatic days changes with the passage of time. 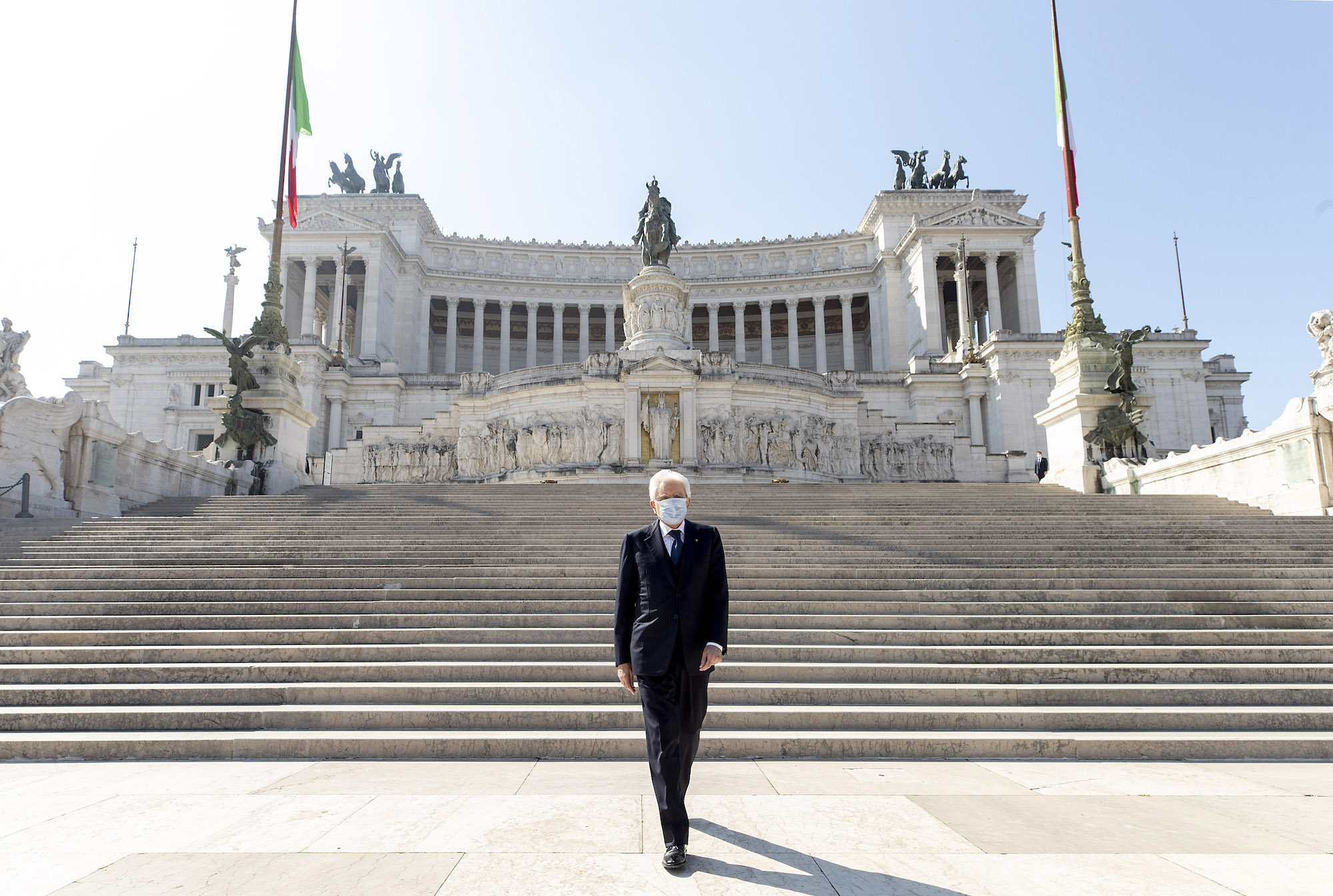 Time has passed inexorably. The generational chain lengthens, temporal detachment increases. Old age, and now the pandemic, have taken away many that forged that era, dimming the direct relationship with its protagonists. To continue the story, to make us feel the emotion of those moments, few adolescents of that time remain — those that today are very old. The world in which those beings lived is irreparably thinning out. Nevertheless, the past is never far when it has contributed to forming the present — at times with uncertain fortunes, contradictory and disappointing outcomes, sometimes too distant from expectations. Sometimes, discouragement prevails, we lose ourselves, despondency brings a knot in your stomach. However, we cannot forget that today’s world, skeptical and fragmented, unable to find its way, clouded by pettiness and hypocrisy, nonetheless originates in that history.

It is inevitable that anniversaries are conditioned by current events. What’s more, it is precisely the importance of the message that allows its value to be discovered in every age. April 25th has a particular significance during a period of time such as this one: difficult for people, for the economy and for democracy itself, due to Covid.

Comparisons are always inadequate and there is a risk of making a mistake twice: dwarfing the past and not sufficiently equipping ourselves to face the present. However, the encouragement to be steady and to have a sense of hope, inherent in the memory of the Resistance and in the examples of many, are very much current today in the face of the precariousness of life and the difficulty of reestablishing the normality of habits and relationships.

When we meditate on how to emerge from this, and  we look for strength and inspiration within ourselves, the recollection of those days will no longer seem like a ritual commemoration, to get through quickly and then forget at the end of the day. It is comfort and encouragement, not an illusion. As the most poignant song of that era O bella ciao states, there is always, next to us, “the shadow of a beautiful flower” to accompany and reassure us. All you need to do is realize this. Even memory is like a flower: if you don’t uproot it and you take care of it, it will multiply with every season.