In his inauguration speech, Joe Biden emphasized that “defending the truth to combat lies”  is very important. A few hours later, the new press secretary, Jen Psaki, held her first daily briefing at the White House. In that little room – I’ve been there, and it really is small – correspondents will once again have their daily briefing and they’ll be able to ask their questions; a practice that Trump’s press secretaries did not follow regularly with the press.

Jen Psaki therefore inaugurated a return to “normality”, but will this be the same as what her boss, Joe Biden, announced? Will it really be the defense of truth against falsehood?

As I write this, Biden has been president less than 24 hours, and even if the wave of change is already being perceived, the transition for the press from the hell of Trump and his “fake news” and alternative facts will not be so simple. It does not mean that the gates of the Heaven of truth regarding government business will open up. It would be delusional to think that with Biden’s administration the government will become an open book that all journalists can dive into in search of good and bad news, made available to them on a daily basis.  Even in a democracy – unfortunately, or perhaps, fortunately, depending on your point of view – all governments are convinced that “you can’t handle the truth”, as Jack Nicholson stated in that famous movie. At least, not always. The first question posed to Psaki on Wednesday was if she considered it her duty to convey the truth to journalists, or instead to protect her boss. She responded that Biden works for “the American people” and he promised citizens to tell the truth, therefore she will do the same with journalists as they also work for the American public.

Even though we revel in the fresh atmosphere created by the admirable Jen Psaki, as opposed to the stench of lies that we perceived in every statement made by Trump’s camp, it would be disingenuous to think that Psaki, in the coming months, will speak the truth to journalists, and nothing but the truth. The affairs of government already enjoy that executive discretion that allows them to legally hold back secret documents for at least 20 years – and those of secret agencies for even longer — if the president retains it to be necessary. Psaki, in fact, when speaking to her fellow White House correspondents, will not feel that she is in front of a jury in a court of law, or in front of a  Congressional committee, where instead she would be obligated to state the truth. No, the truth for her will remain optional, to be used at her discretion following the instructions of her Commander in Chief. 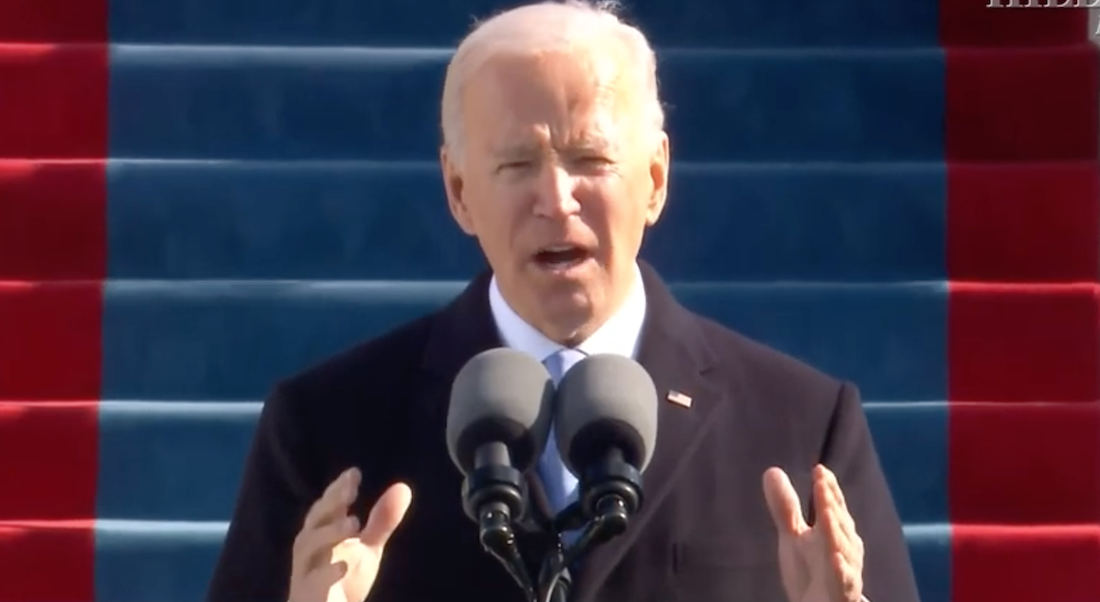 So, has Biden already begun to lie from his first inaugural speech?

In reality, even if this never occurred with Trump, citizens must expect that any democratic government of the United States  not feed them falsehoods, that they be told the truth. In other words, if a journalist asks a difficult question, Psaki cannot lie blithely and with impunity– as Trump’s press secretaries routinely did. However, Psaki, as many press secretaries did before her, could potentially not reveal the truth, which is different from lying. Her main focal point is, in fact, to “cover” for the Biden administration all of those facts and decisions that, if revealed to the public, could potentially place the government in a series of difficult situations and prevent it from being able to exercise its functions. Put differently, a democratic government that can govern in absolute transparency has not yet been invented. And we don’t believe that Biden will now inaugurate one.

Let’s not forget that in fact it was Biden — at the time Barack Obama’s vice president — who called Julian Assange a terrorist when the founder of Wikileaks disseminated secret documents of the American Army stationed in Iraq and Afghanistan, thereby revealing all of the things that the White House did not want the public to know.

Today, Jen Psaki, during her briefing, gave the floor to Dr. Anthony Fauci who spoke on the subject of how the government intends to combat the pandemic.  It’s worth noting that just a few hours before, President Biden had declared that Fauci would always tell the truth regarding science, without being influenced by politics. In this case, we believe this only because the truth does not do harm, rather it is necessary for the containment of Covid-19. Only Donald Trump and his fear of not being re-elected could have thought the contrary.

But as for the rest, when it will be necessary to talk of other topics, especially of foreign policy, don’t have any doubt: the skill and ability of Psaki will not be measured by how faithfully she will hold to the truth, but by how skillfully she will reveal just the amount necessary and still not compromise the president’s policies. After all, if it ever becomes necessary, in the so-called “national interest” to cover anything up, forcing her to lie, she will always be able to simply state, “no comment”.