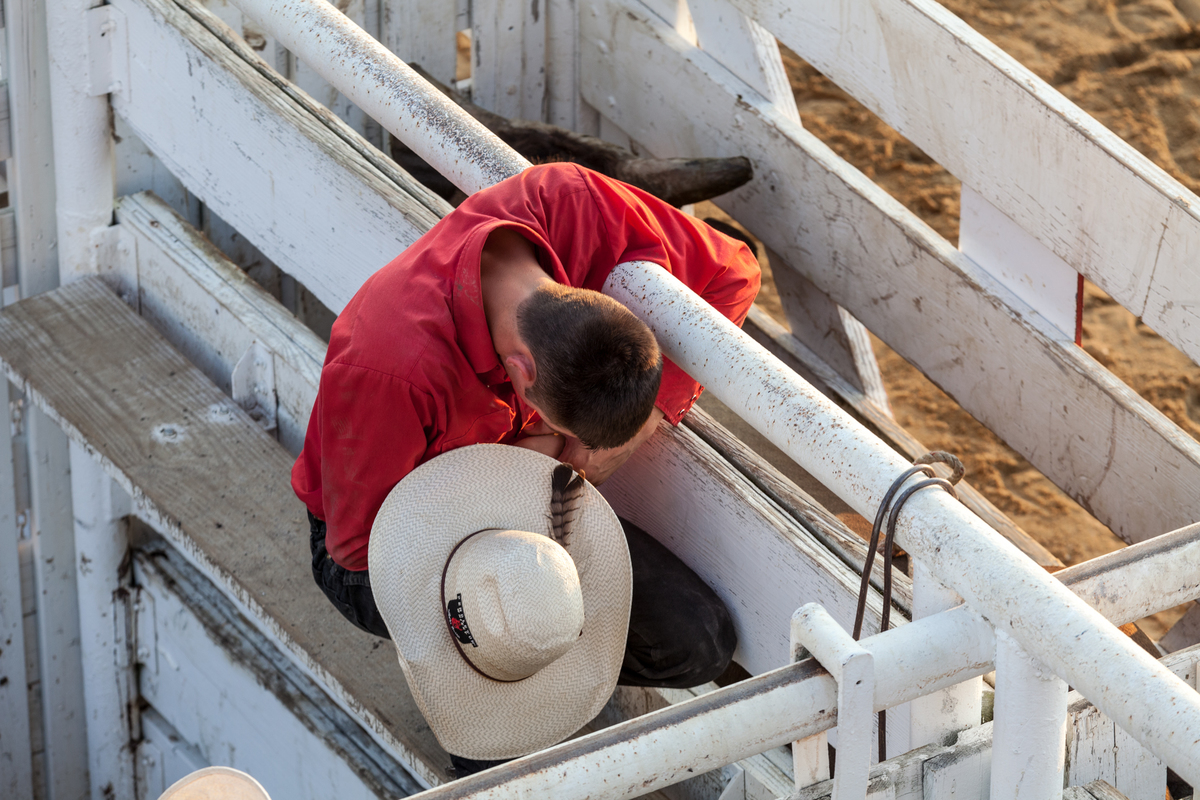 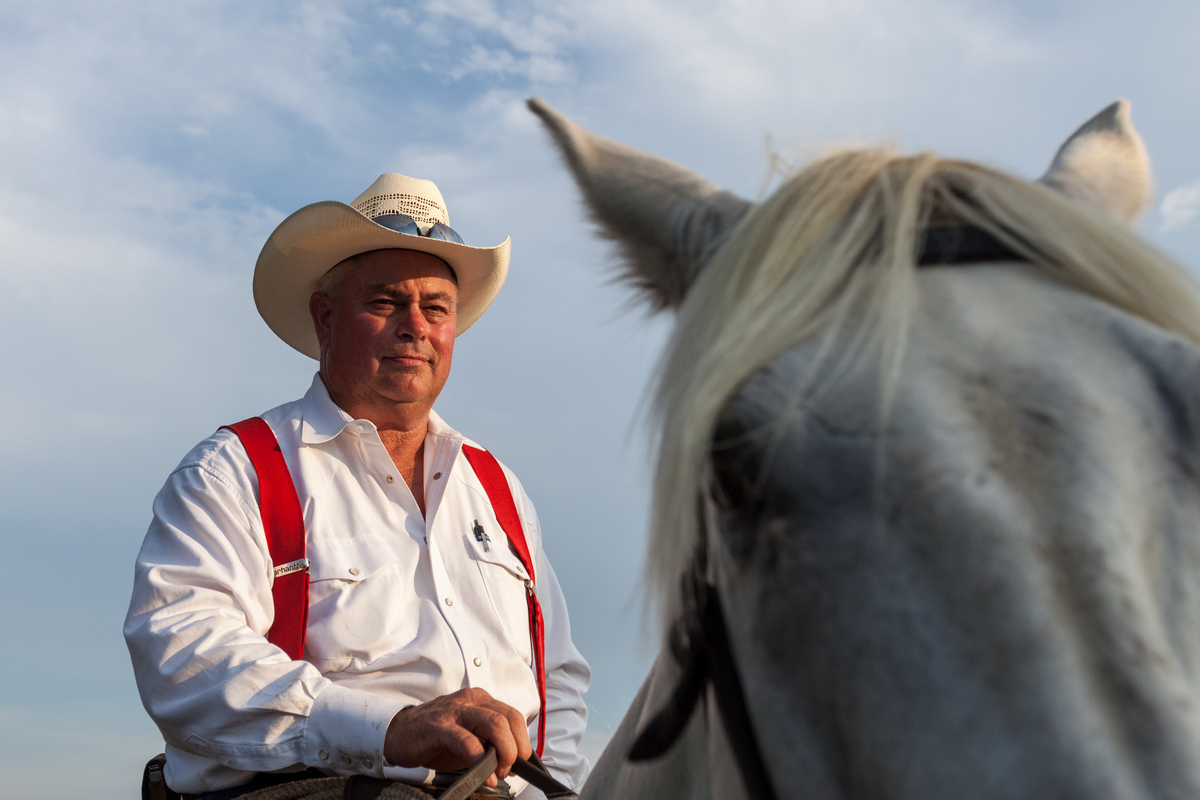 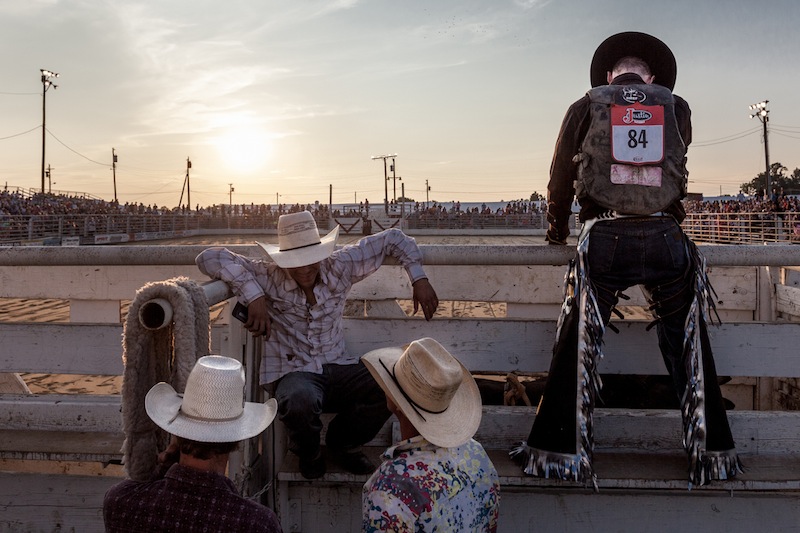 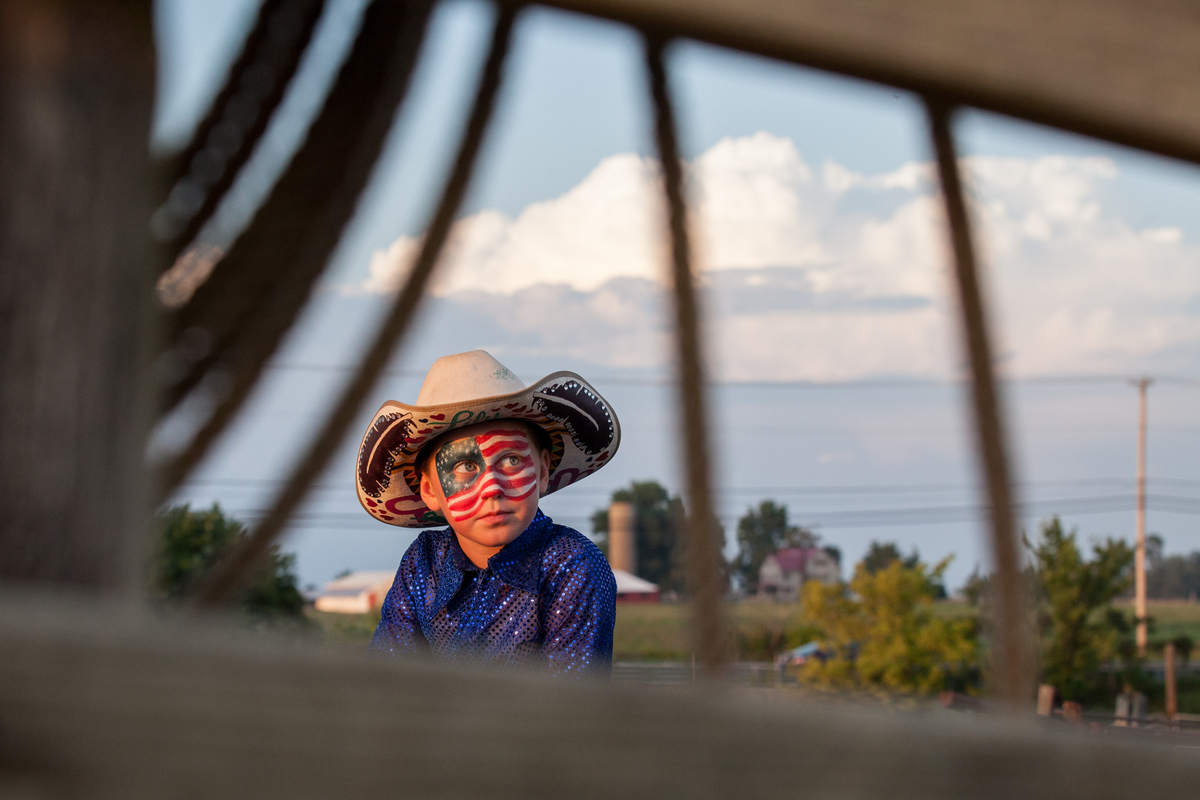 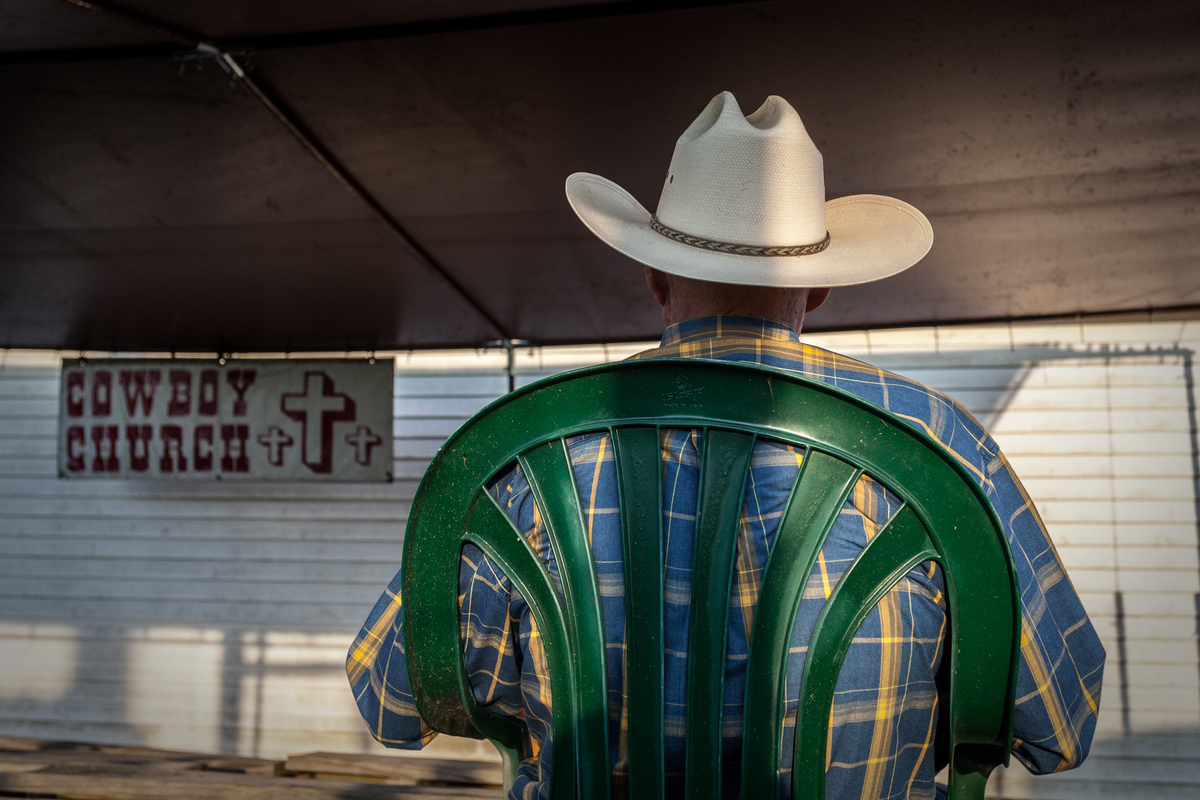 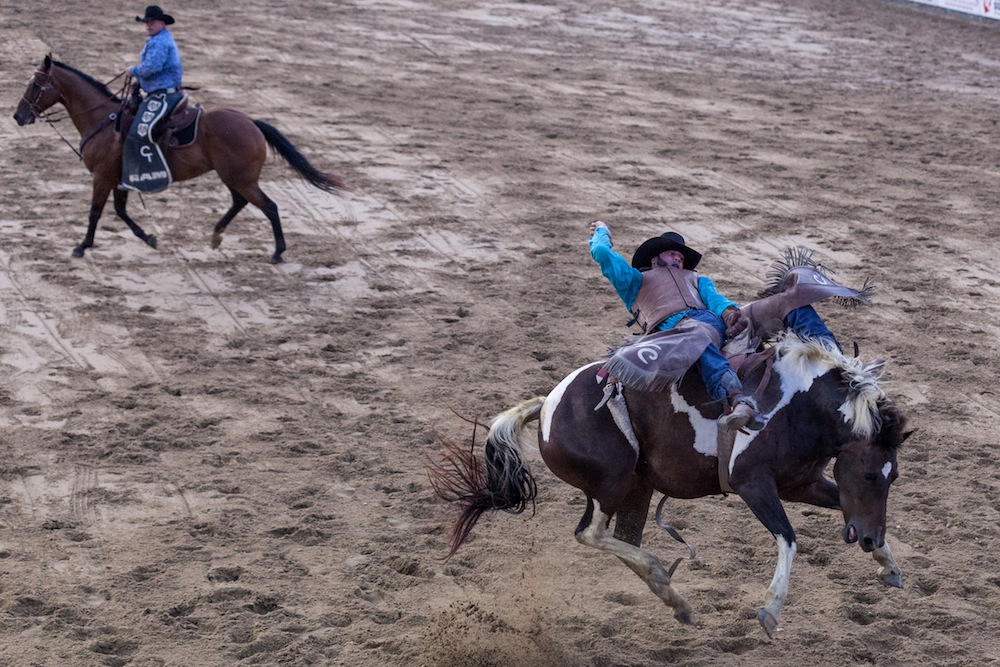 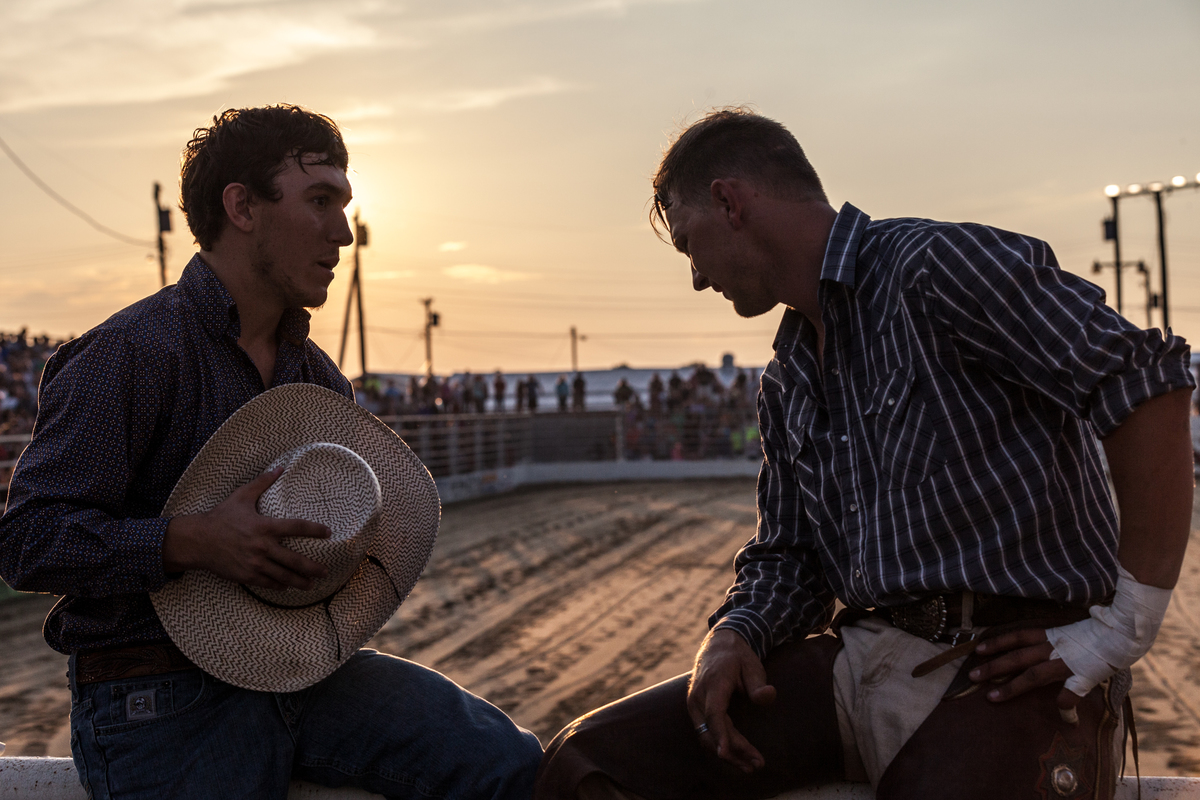 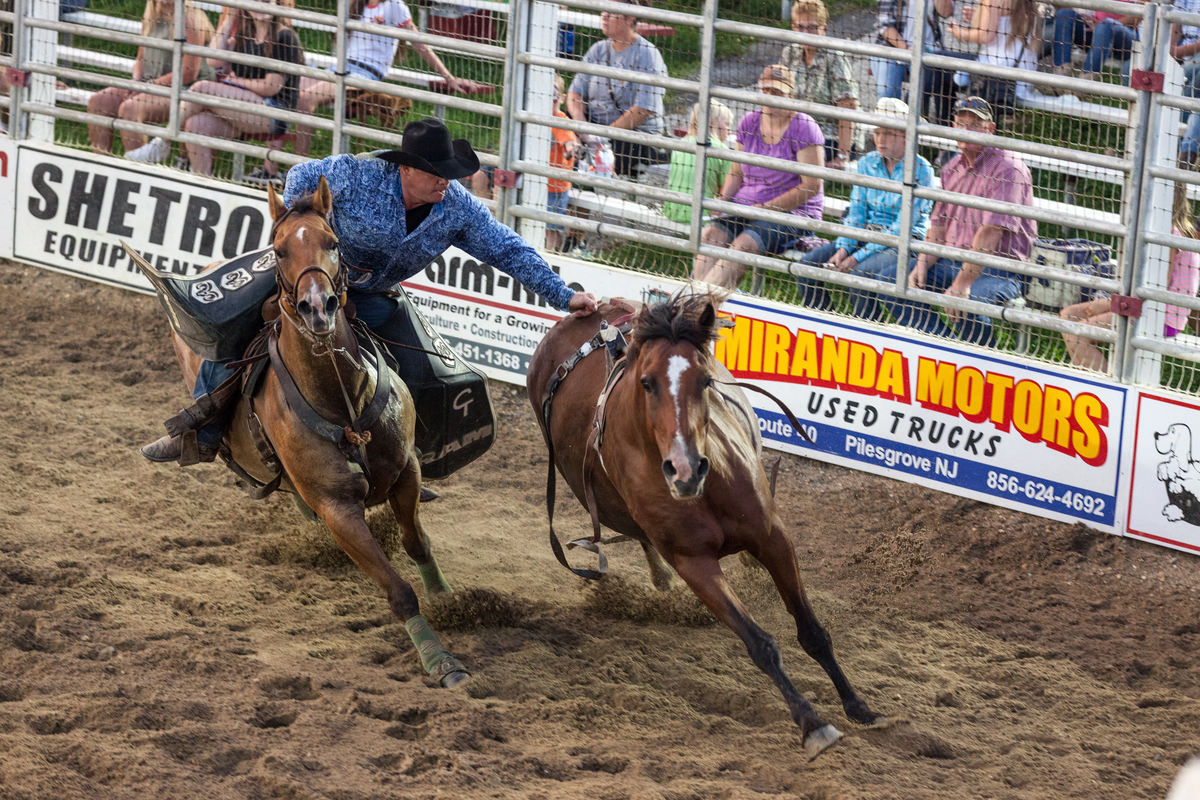 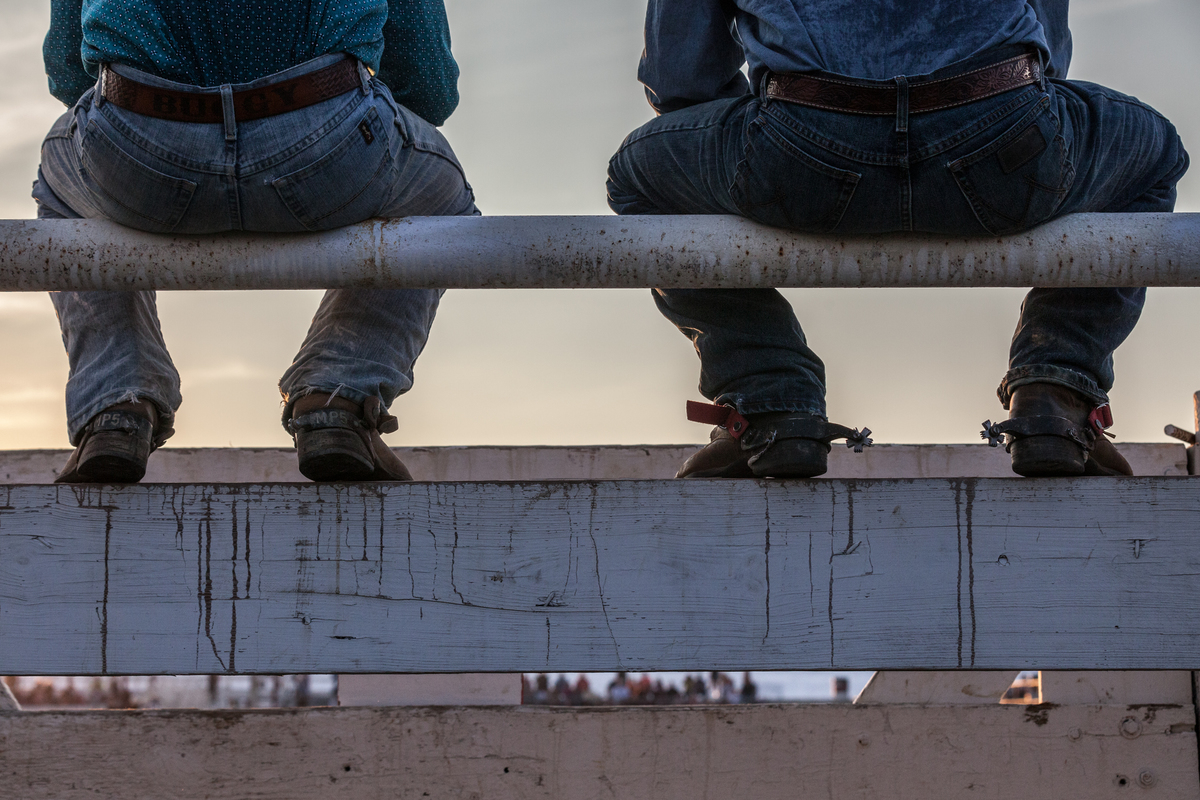 Cowtown is a legend around these parts. The current owner, Howard “Grant” Harris, grew up here, his family has farmed the area for 300 years, and he entered professional competition at age 14. The animals are the heart of his business: “The better they are, the better we are,” he says.

Drive 117 miles south from NYC down the New Jersey Turnpike, turn right onto Route 40, and you’ll see a vestige of America’s western heritage – the Cowtown Rodeo.  Every Saturday night From May through September of each year, over a 1000 spectators come to watch cowboys get bucked and stomped, and try to stay aboard a bull or “bronc” till the buzzer sounds.

Cowtown is a legend around these parts. It has been in business since 1929, and it’s still the only weekly running rodeo in the US; and the only professional rodeo in New Jersey.  It’s also a family business with strong roots in the area.  Howard Harris, Sr. and his son “Stoney” Harris, Jr. held the first rodeo in the area over 80 years ago, and ran it continuously through the 70’s, with just a short break during WWII. They had their first national TV exposure in 1957. 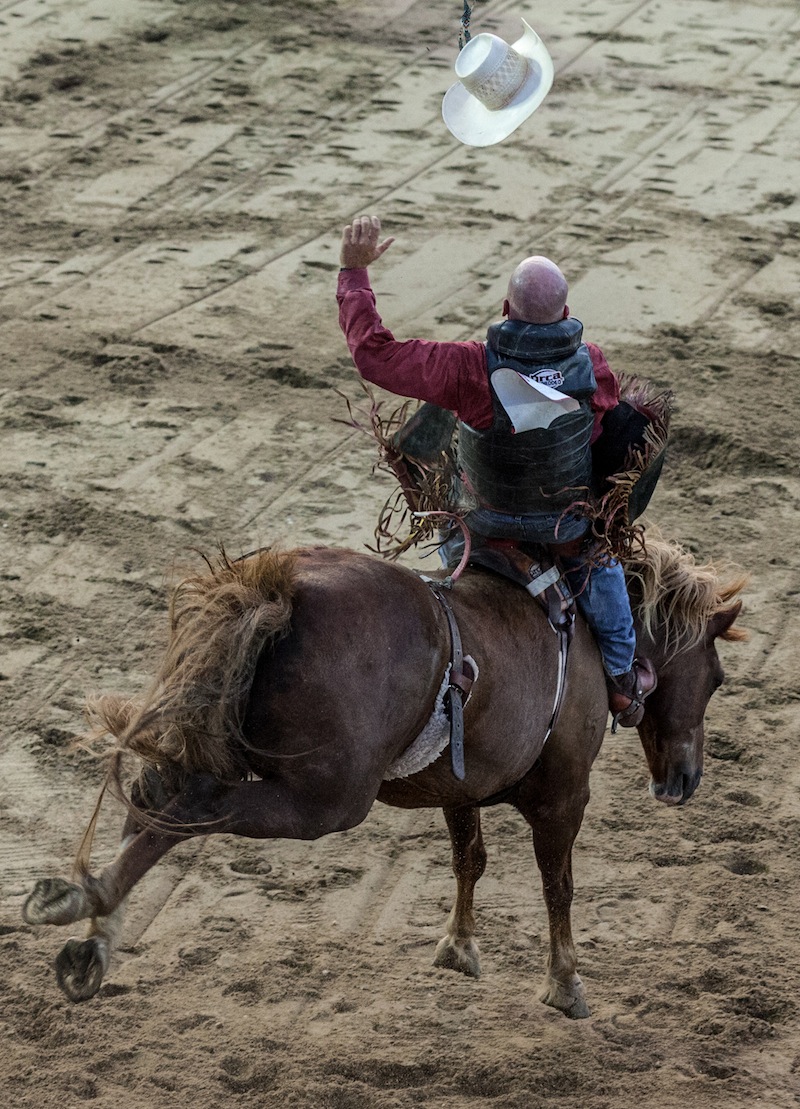 The current owner, Howard “Grant” Harris grew up at Cowtown and entered professional competition at age 14.  He went on to become the Northeast Circuit Saddle Bronc Champion in 1975, 1977, and 1978, after which he bought the business from his father.  Then he had to decide whether he would continue to be a contestant or a producer. “It wasn’t easy, but it’s hard to walk away from something your dad and grandad spent a lifetime building.” He chose to run the show.

So every week now, rain or shine, you’ll see Grant leading the “Grand Entry” into the arena aboard his big, grey gelding, Johny, while his wife, Betsy “secretaries” in the office. Their daughters, Courtney and Katy and their husbands are continuing the rodeo tradition. Even the 4 grandkids are getting in on the action, spending summers at the ranch riding and roping.

And it’s a family affair for spectators, too, whether they sit in the stands or picnic off the back of their trucks. About a third of them follow the rodeo like baseball, cheering on their favorites and keeping score. The other two thirds have never been to a rodeo. But it’s easy on the pocketbook ($20 for adults; $10 for kids) and easy to follow. There are thrills and spills, 1700-pound bulls, and feisty horses. The main idea of the bucking events is for the cowboy to stay on the back of the animal for 8 seconds – no easy task – but worth the thousands of dollars in prize money.  And the action doesn’t end there. There is calf roping, steer wrestling, team roping, and barrel racing – the only “girls” sport and Grant’s favorite.

But it’s the animals that are the heart of the business. Without them, there could be no rodeo. Harris owns over 500 cows, bulls, horses, calves, steers, and bulls, which graze on 100 acres of managed pasture. It’s a 365-day a year job; and he says, it’s no different than any other breeding operation. The idea is to find and breed the best of them – the best bucking studs and the best mares. “The better they are, the better we are.” And the tougher they are to ride. In fact, in the bucking and bull-riding events, the animals’ movements comprise half the score. Broncs and bulls are rated on how difficult they are to ride, how hard they buck, and how well the cowboy rides them. And if their names are any indication – Bone Collector, Mad Max, Godfather, Life Alert, and Twisted Sister – it ain’t easy!

As for the cowboys, they’re a hearty bunch. The majority come from farm or ranch backgrounds, and they tend to be young, athletic, and “bullet-proof.” Rodeo is tough on the body and the nerves. When I asked one young cowboy what it takes to be a great bull rider, he responded, “lack of brains and Orbit Wintermint gum.” But as an extra precaution, most of them also wear crash helmets; and they all wear some sort of protective vest. Despite the bumps, bruises and breaks, most of them say they wouldn’t want to do anything else. It’s their passion.  And if they can make a month’s wages in 8 seconds, all the better.

For Grant, it’s a way of life. “If I weren’t doing this, I couldn’t do much else. My family has farmed the area for 300 years. We’re tied to the land. And one of the things we’ve done for 75 years is rodeo. We’re skilled at it. It allows us to make a living at our hobby.”

Cowtown Rodeo runs from May 28 through September 24 every Saturday night at 7:30pm.