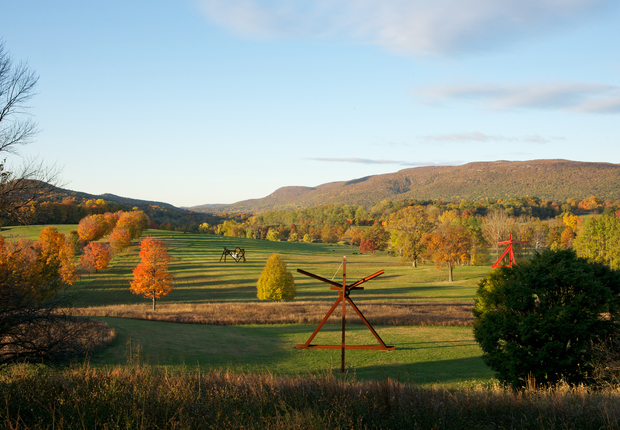 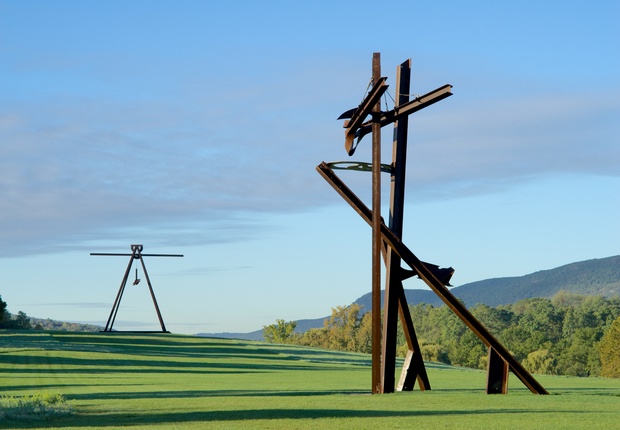 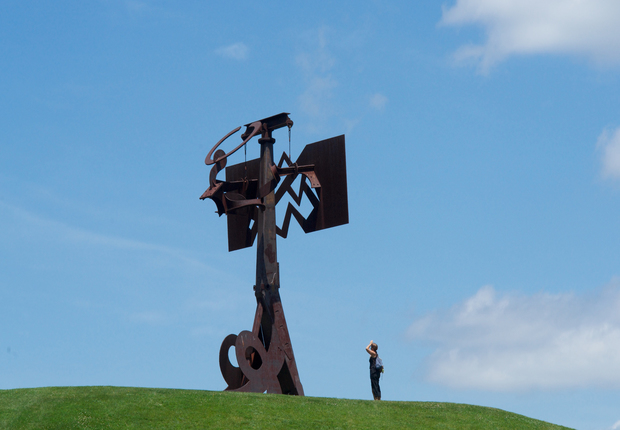 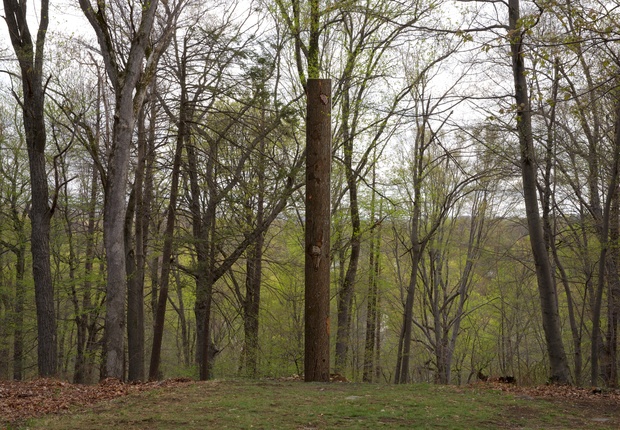 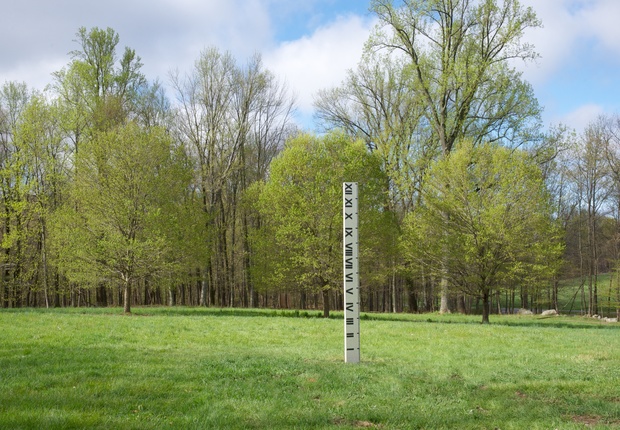 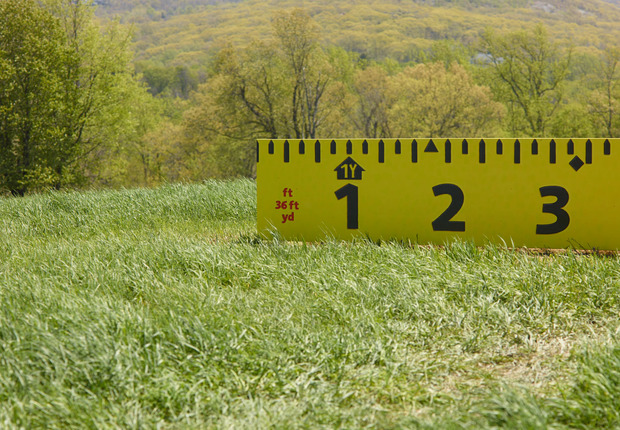 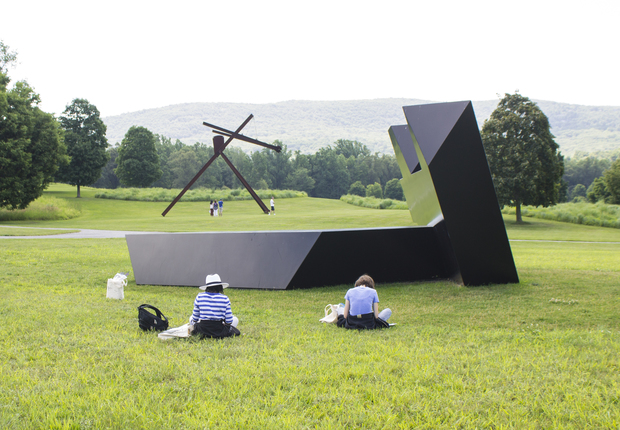 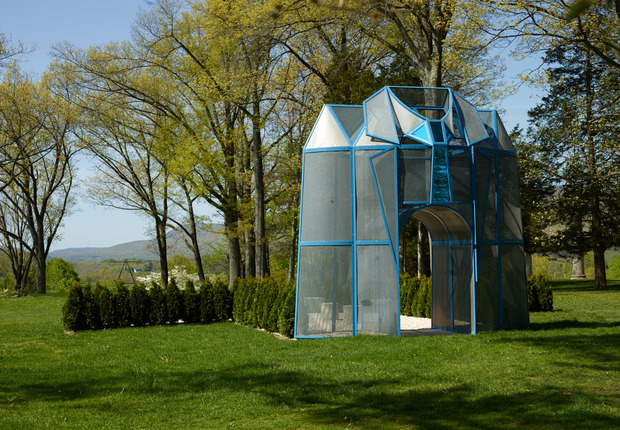 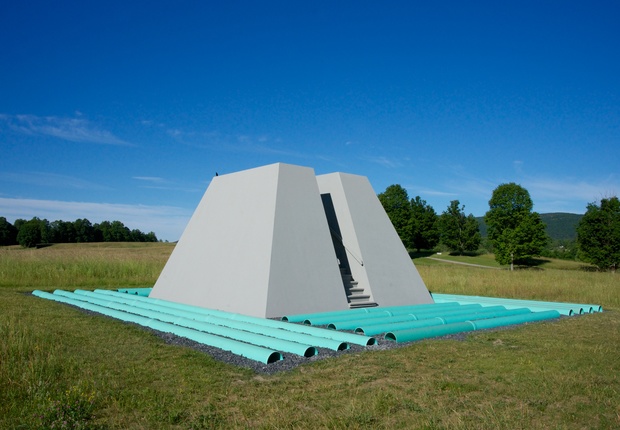 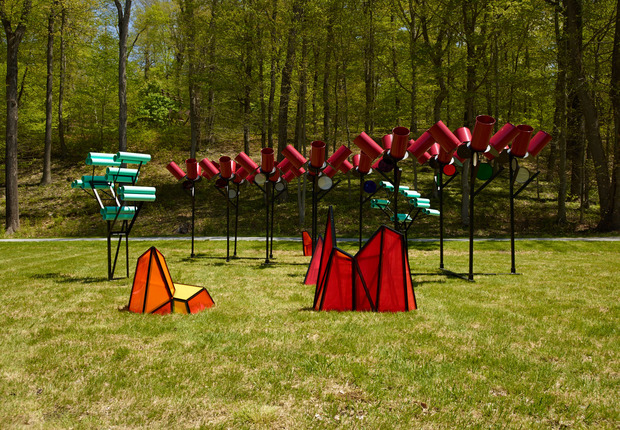 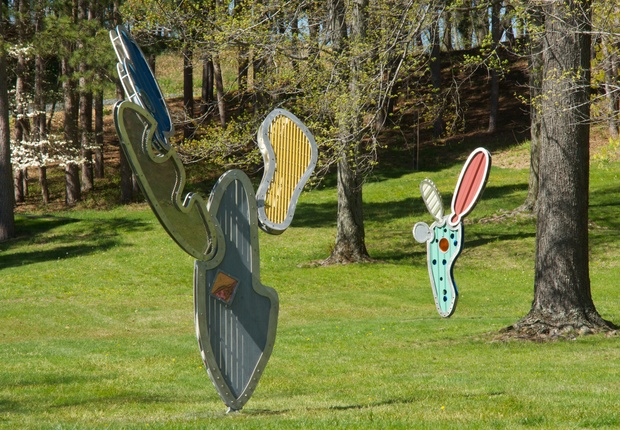 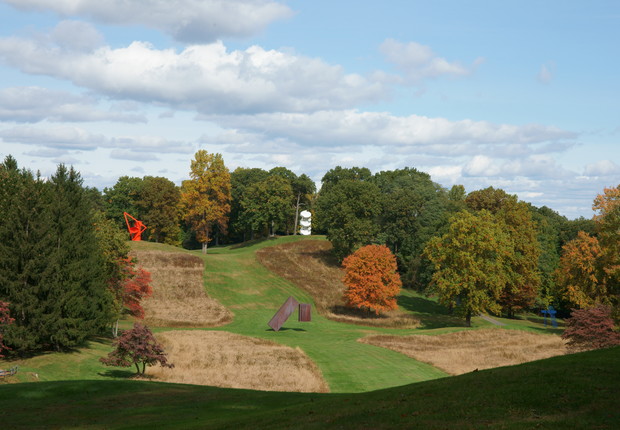 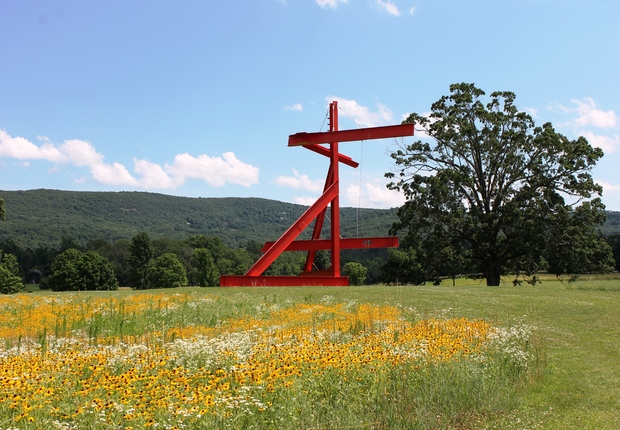 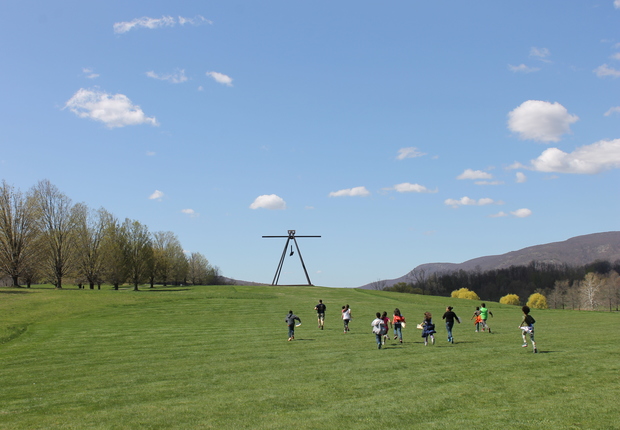 There are no walls, and very few “do not touch” signs.  Visitors can walk, ride a bike, nap, and experience the art. Each piece finds its own space and its own relationship to the landscape, the seasons, and the public: the placement of those works is just as important as the art itself.

Imagine 500 acres of beautifully curated landscape. Now put over 100 pieces of sculpture on it, and add hiking, biking, and walking trails. If you can imagine all of that, you’ve just imagined Storm King Art Center in New Windsor, New York, just 1 hour north of NYC.

Storm King has been welcoming visitors for over 50 years. Named after its proximity to Storm King Mountain, it is a great contrast to indoor museums. Here, there are no walls, and very few “do not touch” signs.  Visitors see the art in the landscape; and find their own way through.  They can walk, they can ride a bike, nap, and even roll down hills. The Center’s history is as fascinating as the sculptures that grace its land. Although Storm King was originally envisioned as a museum devoted to the Hudson River School, by 1961 its founders had become committed to modern sculpture. Early purchases were placed directly outside the Museum Building as part of a formal garden scheme. But with the 1966 purchase of thirteen works from the estate of sculptor David Smith (1906-1965), Storm King began to place sculpture directly on the landscape.  Oddly enough, that landscape was helped in part by building of the NY State Thruway in the 1950’s.  The extra gravel from that excavation was used to grade and accentuate the pre-existing fields, hills, and woodlands in the area, creating a more natural-like setting for the art. Today, the property shelters everything from the nearly 70 foot Endless Column to kinetic pieces that move with the wind, and it gives life to them all. John Stern, President and grandson of the founder says, “You are seeing the dialogue between nature, landscape, and art.”  That backdrop acts as host to some of the most acclaimed artists of our time: Alexander Calder, Sol Lewitt, Claus Odenberg, Mark di Suvero, Alexander Liberman, Isamu Noguchi, Richard Serra, Andy Goldsworthy, and two of my favorites, Maya Lin (whose undulating waves grace the soft hills) and Louise Nevelson (whose all-black painted steel sculpture welcome visitors to the main building).

Among the most recent special exhibition pieces are Dennis Oppenheim’s quirky sculptures including Entrance to a Garden, his playful homage to a men’s blue dress shirt, complete with benches shaped like buttons and cuffs; and Josephine Halvorson’s giant and quirky rulers, which appear to be measuring the landscape. The “siting” of these works – the placement within the landscape – is just as important as the art itself. This is not a museum with white walls and confined choices. Out of doors, the thinking is different. Each piece must have its own space and its own relationship to the landscape. It’s a process that includes looking at the art from close up and afar, from side to side, and projecting how it will look from season to season.  As Stern so beautifully puts it, “This is not plop art.”

But it is art for all –in one of the most beautiful settings imaginable, and because nature is an every-changing force, so is Storm King.

Storm King is open through November.