Andrea will illustrate his unique talent in telling a story through music, he will explain how scores play a crucial role in defining characters and events, and demonstrate how music can enhance the audience audio-visual experience and greatly affect the perception of the movie picture.

Due to new safety regulations, we are not allowed to add extra seats to the auditorium or let anyone stand. A registration is not a guarantee of a seat as these are assigned on a first-come first-served basis. Doors close at event start-time.

FARE CINEMA is a special event dedicated to Italian film industry professionals, highlighting their talent around the world. As part of this initiative, over 100 Italian cinema ambassadors will travel the globe to talk about the professions of filmmaking. Coordinated by the Italian Ministry of Foreign Affairs and International Cooperation and the Italian Ministry of Cultural Heritage and Activities, Fare Cinemais organized by the Italian Cultural Institutes throughout the world, Luce Cinecitta’, ANICA and Afi, to promote the quality of the Italian movie industry abroad. 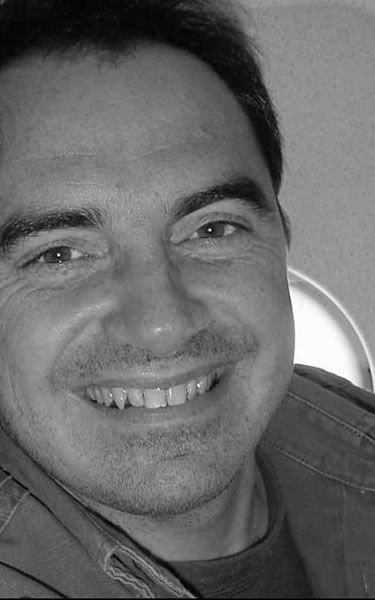 Among his many awards, Mr. Guerra was honoured in 2007 with a Top Box Office Films prize by the American Society of Composers, Authors and Publishers (ASCAP) for his score to The Pursuit of Happyness. Mr. Guerra also won the European Film Award 2005 for best composer for the drama Hotel Rwanda; and was nominated for a Golden Globe and a Grammy Award for Hotel Rwanda‘s closing song Million Voiceswhich Mr. Guerra co-wrote with Haitian-American hip-hop artist Wyclef Jean and composer Jerry Duplessis.

In addition to his international film work, Mr. Guerra is also active in writing scores for numerous television movies and mini-series, many in his native Italy.

Andre. Guerra was born in October 1961 in Santarcangelo di Romagna, near Rimini on Italy’s Adriatic coast, and later studied composition and arrangement in Bologna with Maestro Ettore Ballotta. After moving to Rome, Mr. Guerra began his career composing music for nature documentaries. His first film soundtrack was written for the 1990 movie Viaggio d’Amore starring Omar Sharif and Lea Massari.