The Embassy of Italy, the Italian Cultural Institute and the Washington National Opera are pleased to present a special preview of Giacomo Puccini’s Tosca debuting on May 11th at the J. F. Kennedy Center for the Performing Arts.

Director Ethan McSweeny and Conductor Speranza Scappucci will take you inside the composer’s mind and into the history and social context of the opera, explaining the behind the scenes of this revival of Puccini’s iconic work. With gripping political corruption, soaring music, and the legendary devastating finale, Tosca is a sumptuous tale of ill-fated love that amazes and captivates new and longtime opera lovers alike.

The program will also feature musical performances from the opera by Latonia Moore, soprano (Tosca) and Robert Watson, tenor (Cavaradossi), accompanied by Michael Baitzer at the piano.

Presented in collaboration with

Due to new safety regulations, we are not allowed to add extra seats to the auditorium or let anyone stand. A registration is not a guarantee of a seat as these are assigned on a first-come first-served basis. Doors close at event start-time. Ticket availability date subject to change.

Founded in 1956 as a modest but intrepid ensemble known as the Opera Society of Washington,Washington National Opera (WNO) is today one of America’s largest opera companies. WNO draws inspiration from a rich legacy built on the values of artistic excellence, engagement with a broad community, and a thriving future for the art form of opera and its audiences. As an affiliate of the John F. Kennedy Center for the Performing Arts, WNO performs fall and spring seasons in the 2,200-seat Kennedy Center Opera House. WNO also offers performances on Millennium Stage and at other venues at the Center and throughout the city, and offers training, educational, and enrichment programs year-round. 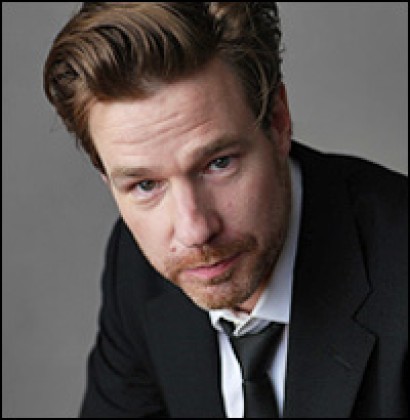 Ethan McSweeny is an internationally acclaimed freelance director based in New York City. Hailed in his early career by American Theatre magazine as a “wunderkind with a Midas touch”, over the last two decades he has distinguished himself with a remarkably broad range of work on many of the preeminent stages of North America and the world.

His direction has been called “impeccably stylish” and his productions “must-see events” which are “timely” and “daring” and known for incisive visuals, cinematic style, detailed text analysis, and acting “so sharp its like seeing a play in live high def” (The Washington Post). Over the last twenty years, he has brought what Forbescalled his “probing intellect and uncanny ability to make plays come alive with dazzling staging and inspiringly visionary” productions to a career so diverse and eclectic that, according to The Irish Times, “as a director he himself is hard to figure out.”

McSweeny made his breakout debut with the electrifying Off-Broadway premiere of John Logan’s Leopoldand Loeb thriller Never the Sinner, winning Outer Critics Circle and Drama Desk Awards in 1998. Two years later, he made his Broadway debut with a revival of Gore Vidal’s The Best Man, which was recognized with a Tony Award nomination, and the Drama Desk and Outer Critic Circle Awards for Best Revival. A regular on the New York stage, his work there includes the Broadway premiere of John Grisham’s A Time to Kill, a landmark adaptation of Aeschylus’ The Persians (translated by Ellen McLaughlin) for the National Actor’s Theatre, and the world premieres of Thomas Bradshaw’s Fulfillment (The Flea), Kate Fodor’s Rx (Primary Stages), her 100 Saints You Should Know (Playwrights Horizons), and Jason Grote’s 1001 (Page 73) – the latter two of which were simultaneously named “Top Ten of 2007” by TimeOut and Entertainment Weeklymagazines.

Nationally, his vibrant freelance career has seen him direct more than eighty productions of new plays, revivals, and musicals at most of the major institutional theatres in the United States including the Guthrie Theatre in Minneapolis (where he staged more productions than any other non-resident director in its history), the Goodman in Chicago, the Old Globe in San Diego, the Denver Center in Colorado, the Alley and Dallas Theater Center in Texas, South Coast Rep in Southern California, Center Stage in Baltimore, the Wilma in Philadelphia, the Public in Pittsburgh, Westport Playhouse in Connecticut, and the Kennedy Center, the Arena Stage and the Shakespeare Theater Company in Washington, DC.

In recent years, McSweeny fulfilled a long-held ambition to add opera to his repertoire, beginning with the world premiere of Luna Pearl Wolf and Caitlin Vincent’s Better Gods for the Washington National Opera in January of 2016, followed by the world premiere of Mohammed Fairouz and Mohammed Hanif’s arresting new one-act The Dictator’s Wife in 2017, and culminating in a Tosca that he will stage for WNO’s 2018-19 season. Pursuing an interest in bringing his visual acuity and narrative skill to the screen, he is also in development on the independent feature films of Carol Carpenter’s borderland thriller The Guadalupe, Frank Allen’s historical micro-epic Twelve Days in May, and Gerald L’Ecuyer’s cautionary romance Magic Hour. Italian born Speranza Scappucci, a graduate of the Julliard School and the Conservatorio di Musica Santa Cecilia in Rome, is an internationally known conductor who works regularly at major opera houses including the houses in Vienna, Rome, Barcelona, Zürich, Los Angeles and New York. Since 2017 she holds the position of Principal Guest Conductor at the Royal Opéra de Wallonie in Liège and is considered one of the most interesting conductors of her generation on the international scene.

Upcoming engagements of the season 2018/19 include La Boheme at Zurich Opera House as well as L´Elisir d´amore, La Cenerentola and La Boheme at VIENNA STATE OPERA. As Principal Conductor she will lead Verdi’s Messa da Requiem, Aida and I Puritani at Opéra Royal de Wallonie. At Théâtre des Champs-Élysées she will conduct Maria Stuarda and will return to Washington National Opera for a production of Tosca. At the end of the season she will give her debut at Semperoper Dresden with Puccini’s La Boheme. In addition, she will lead symphonic concerts at Luzern, Lausanne, San Diego and Vienna.

Recently she conducted La Sonnambula at the OPERA DI ROMA, Le nozze di figaro in Turin as well as Attila at Liceu Barcelona. During the Hollywood Bowl season, she gave her debut with the Los Angeles Philharmonics. At Opéra Liège she conducted a new production of Verdis Jerusalem, as well as Manon Lescaut and Carmen. She debuted at Zurich Opera with La fille du regiment and conducted Il turco in Italia at the ROSSINI OPERA FESTIVAL in Pesaro, concert performances of La Sonnambula at Lincoln Center in a MET Lindemann/Juilliard School production, La Boheme at the LOS ANGELES OPERA, La Cenerentola at the WASHINGTON OPERA and TEATRO REGIO TORINO, a new production of La Fille du regiment at SANTA FE OPERA, Pergolesi’s Stabat Mater with the Orchestra Regionale della Toscana in Florence. She had great success conducting Don Pasquale at Vienna State Opera, furthermore, she conducted symphonic concerts with the Holland Radio Philharmonic Orchestra at Concertgebouw Amsterdam, with the Royal Liverpool Philharmonic Orchestra, a Gala Concert at Festspielhaus Baden-Baden and symphonic programs with the Orchestra Toscanini in Parma and Orchestra Maggio Musicale Fiorentino.