On June 23rd the British people will decide whether to remain within the European Union or leave it. Against all forecasts, today's polls indicate that voters for Brexit (British exit) are ahead. So what are the Brexiteers offering that is so tempting? The short answer is nothing. Nothing. Nada. Niente!

On the 23rd of June Britons will vote on whether to leave Europen Union or remain a part of it. On the Remain side we have the leadership of governing Conservatives and all Britain’s major political parties excluding the United Kingdom Independence Party which was formed explicitly to leave the EU. Internationally every one of our allies and friends wishes us to remain a part of the EU. The US, India, Canada, Japan, China and every one of the leaders of the all the other 27 members of the EU have all made it clear that leaving the EU would risk Britain’s economy and security.

On the leave side (dubbed Brexit – British exit) we have the leader of UKIP, Nigel Farage, the Conservatives Boris Johnson, Michael Gove, Ian Ducan Smith and Priti Patel (along with around half the Conservative parliamentary party) and George Galloway, a swivel–eyed antisemite thrown out of the Labour Party for supporting the killing of British troops. Internationally only Vladimir Putin, Donald Trump and Abu Bakr al-Baghdadi, the putative leader of ISIS seem keen for us to leave.

Given all this, and the simple, undeniable fact that everything we presently know is at stake, you might think that the Remain side has a comfortable lead in the opinion polls. This is certainly what our increasingly harried looking Prime Minister David Cameron had hoped. Instead Brexit is now slightly ahead.

So what are Brexit offering that is so tempting. The short answer is nothing. Nothing. Nada. Niente. Nil. Zilch. The Leave lobby have had 40 years to think about what UK might look like post Brexit and have yet to come out with any sort of an answer.

In the first weeks of the campaign the Norway solution was offered. Norway sits outside the EU but is allowed access to its vast single market. However when it was pointed out by Norway that this meant paying into the Union, accepting the free movement of people and abiding by EU law without any say whatsoever in how that law was made The Norway option was swiftly abandoned.

Next came the Canadian option. The problem with this is that it has so far taken almost a decade to negotiate and does not include services and the UK economy is now a service based economy. Services is what we do. Furthermore The Canadian Option, as Canadian Premier Justin Trudeau warned last week, has yet to actually be fully agreed, meaning that not even the Canadians enjoy have the Canadian Option quite yet.

There then followed all manner of options. Each more bananas than the last.

The Swiss (same problem as the Norwegian) The Peruvian option and most recently The Albanian Option. This was too was soon dumped, I guess because ‘VOTE LEAVE SO BRITAIN CAN LOOK MORE LIKE ALBANIA’ is not much of a vote winner. A week later, Michael Gove who had first posited the Albanian Option invoked that country again, this time to warn that if we do not leave the UK will be overrun by predatory Albanians. Poor Albania, one week a model of free trade, the next a sinking ship shedding rats hell bent on infesting this sceptred Isle.

This though has been the hysterical tenor of the debate. The Leave side long ago realised they could not win the Economic argument and so have instead turned this into an argument almost solely about immigration. One Brexit poster warns that if we remain a part of the EU our country will be overrun by Turks. The poster’s message isn’t subtle: The Turks are coming. The image shows a British passport as an open door with a trail of footprints passing through. The words declare with certainty that ‘Turkey is joining the EU’. The poster then implies that each of its ‘76 million’ citizens are going to move to Britain.

No matter that Turkey is not about to join the EU and will never be able to join the EU so long as France and Germany remain members (both have promised to use their veto to prevent any such thing happening). No matter that no population in the history of the planet has ever moved wholesale to another country. As Donald Trump is discovering, ‘The Muslims are coming’ is powerfully seductive.

The argument about immigration is an old familiar one. Imigrants put strains on public services, lower the wages of the poorest and brings with them crime. Of course people have every right to worry about imigration and its effects on housing and wages. But the issue is being exploited deviously by men  who know better. What has been particularly galling over the past few months is to see hardened right wingers like Boris Johnson, Michael Gove and Ian Duncan Smith suddenly pretend to be friends of the poor and downtrodden. These men, most notably Duncan Smith, have spent a lifetime attacking the very people and services they now claim to want to defend.

There are of course good arguments to be made against the EU, arguments about sovereignty and Brussels democratic deficit. But even these arguments do not tell us what sort of UK we might wake up to should we vote leave on the 24th. This is understandable in some ways. There are probably as many visions of an independent UK as there are Brexiteers. To argue for a single vision risks splintering the movement into tiny pieces and exposing it to ridicule. 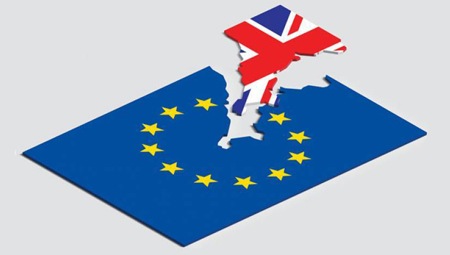 However an answer of sorts came a few days ago when William Hague, a former leader of the Conservative Party and a sincere Eurosceptic wrote a column for The Daily Telegraph (by far the best of the right wing broadsheets) explaining what might happen if we were to leave.

He too used to think that a Norway Option was by far the most likely way of averting economic uncertainty and potential disaster. However if Leave win on an anti–immigration ticket they cannot very well negotiate a deal that will have no effect on immigration at all. So in the minds of many Brexiteers the Norwegian style is the worst of all worlds.

‘The best option’ writes Hague ‘would be to try to counteract the economic shocks of withdrawal by cutting as much tax and regulation as possible: reduce corporation tax to 10 per cent; abolish the European Working Time Directive; adopt the financial regulations of the US instead of the EU; declare unilateral free trade with much of the globe and accept skilled immigrants from all over the world to fuel economic growth. With this approach Britain, or what was left of it, would at least have a distinctive pro-business appeal. Without it we

would have the worst of all worlds – out of the single market but in limbo with nothing special to offer.’

What Hague argues for is intellectually honest. It presents us with a genuine and cogent vision of Britain. But it is a Britain that would look utterly different to the one we live in today. The UK as a libertarian free for all, with all that implies. Hague admits he could never sell this, so has decided to vote Reamin. Nonetheless this Neo-liberal apocalypse is I suspect the vision Boris Johnson, Ian Duncan Smith and many others on the Tory right share for the post EU UK.

After all what is more likely? That these dyed-in-the-wool, true blue Conservatives have suddenly discovered their inner socialist? Or that they see a Brexit as a way of completing their Thatcherite Utopia. Hague goes on to admit that this case would be impossible to put to the British people because it would put off as many voters as it would attract.

Hague also hints at what Brexit might mean not just to our relationship with the rest of the world, but what it might mean to the rest of the UK. At the moment all opinion polls suggest that Scotland, Wales and Northern Ireland are overwhelmingly in favour of remaining a part of the UK. Were we to vote to Leave we could reasonably expect Scotland might then want to (again) vote to Leave the UK. Much more serious though is what might happen to our relationship with Ireland. This is where the UK has an open land border with the EU. This arrangement, made possible by the Good Friday agreement, has helped to keep the peace in Northern Ireland. It is hard for Irish paramilitaries to argue for the necessity of a United Ireland when you can drive from Belfast to Dublin and back without ever feeling like you are crossing a border. But borders, and no doubt soon after that military check points, would have to be erected. It would be the only way of truly controlling migration from Europe. It would also, as former F police chief Hugh Orde, warned last week stand a very good chance of reviving the Irish terrorism. But again this rarely if ever gets mentioned.

Best then to say nothing. Just bang on endlessly about the Turks and the Albanians and the Poles and the Italians and the Bulgarians. And hope that anger wins the day.

We British have had a whale of a time laughing at the US and the rise of Trump and Trumpism. But the Brexit campaign is its mirror image. And come the 24th we may well find things just arent that funny anymore.

Ben Marshall is a British journalist and writer based in Brighton, England. Thirty years ago Ben met Stefano Vaccara, now the editor of La Voce, in Siena, Italy, where they were both students and they have been friends since then.