United Nations: A new exhibit serves as a curtain raiser for Pope Francis' freshly announced visit to the US in 2015, but what is drawing a broader audience to 'Frate Francesco'?  The writing is on the wall-sacred manuscripts of St. Francis of Assisi. Many scientists view climate change as a threat to our very existence. Perhaps looking at how St. Francis lived his life respecting all creation may provide guidance on how to help save the planet

Frate Francesco is the name of the newly opened exhibit gracing the halls of the United Nations Headquarters, as The Holy See and the Committee for "Frate Francesco" bring a first of its kind exhibition to the UN titled Francis, icons, words, images, displaying special manuscripts dating from the 13th and 14th century on loan from the library at the Sacred Convent in Assisi, Italy. The exhibition was launched on Monday 17 November, bringing in Catholic dignitaries from Rome and the United States to top UN officials paying tribute to St. Francis and his spiritual legacy.

But beyond the launch and exhibition serving as a curtain raiser for the freshly announced news that Pope Francis would be visiting the United States in 2015 and expected to speak before the UN General Assembly in late September, what exactly is drawing a broader audience to Frate Francesco?

We can start by looking at St. Francis' most famous Canticle of the Creatures, recognized as a 'poetic and spiritual masterpiece', yet many theologians see a great connection of the work of St. Francis and his teachings with what the world needs now:
Peace for humanity and preservation of planet. 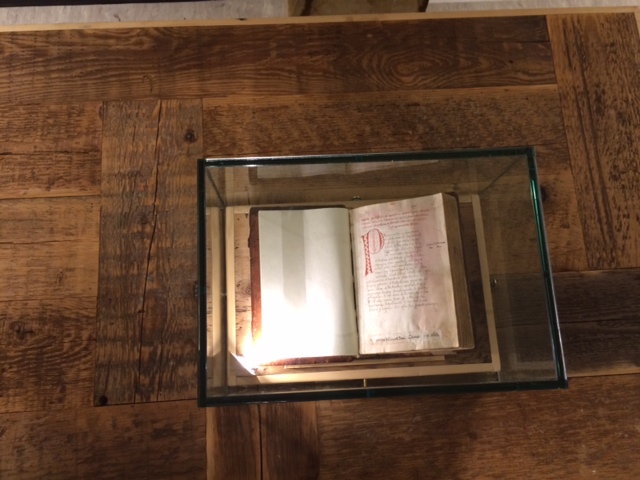 One of the manuscripts of the UN exhibit “Friar Francis, icons, words, images”

Known as the Patron of Ecology, at the heart of the Friar's teachings was a love and respect for nature, the environment and all species alike.  St. Francis lived with nature and God's species in harmony, giving great care to the environment and to the animals he so intimately adored. We have countless of beautiful stories recounting the life and teachings of this great Saint–teachings of humility, simplicity and love, because St. Francis is known as the lover of all creation.

St. Francis teaches us that, "The world of God and the world of nature are one."
Philosopher and writer, Max Schuler wrote, "St. Francis saw even in a bug the sacredness of life."

In a world where global average temperatures have increased by more than 1.4 degrees F. over the last century; where the oceans are becoming warmer and more acidic; where icecaps are melting and where sea levels of rising, perhaps looking at how St. Francis lived his life, by respecting nature and seeing all humans and living things as sacred.  Maybe, we can all, from world leaders  and policy makers to youth leaders and business gurus, begin from this sacred premise that in our hearts, we know can build upon a true protection of the environment and respect for humankind that can in fact be sustainable and help establish lasting peace.

The special exhibition also showcases the 13th century Codex 338 containing the writings of Francis, including  Other highly-prized exhibits include the papal Bulls of Honorius III and Gregory IX.

Go see it if you can, as it is not only a sacred treat for the senses, but also some much needed direction for our souls. 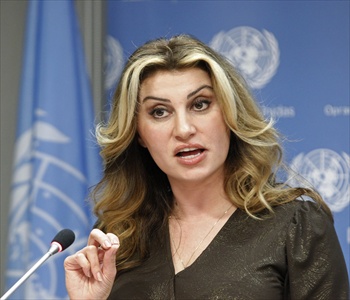 *Afaf Konja was born in Iraq from a Christian family and grew up in the United States. She is a journalist and was the spokes-person for the president of the 68th session of the UN General Assembly, John W. Ashe.